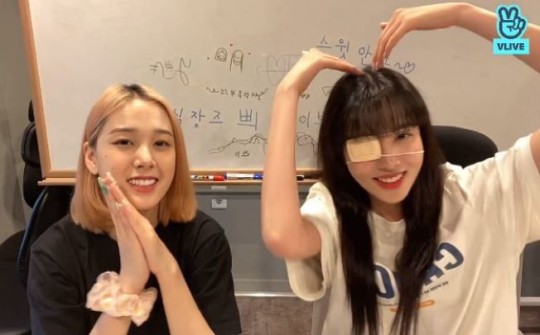 Article: STAYC under misandry controversy because a member said “Don’t worry, it won’t be a morale performance”

2. [+470] They debuted during the pandemic and have never been able to perform in front of fans. They’re babies born in 04, I don’t get why we have to make a mess of them just trying to communicate with their fans..

3. [+484] Oh yeah, this is totally appropriate to be talking about in front of these children

4. [+367] I think people need to think about why performing at army bases has such a negative connotation to it. Whenever girl groups go to perform there, army boards would post fan accounts with all sorts of sexual harassment. Girl groups are also dressed in more revealing clothes than usual… It’s gotten a lot better now with more people being aware of what’s considered sexual harassment and what’s not but stuff like that used to be considered the norm back then.

5. [+308] STAYC are literal babies, why put them under such a controversy?

7. [+494] Why is hating performing at army bases considered misandry anyway? Is there a reason women should like it at all?

8. [+166] I think it’s understandable that fans don’t want a girl group where the members are still minors to go perform at army bases. The Brave Girls are a positive example of performing there but if you look at videos of most of the girl groups who perform there, they’re often subjected to revealing outfits and sexual harassment. The soldiers also go crazy over any sexy dances… What kind of fan would want to put their minor members in such a situation? Even as a man, I can see that the fans are just concerned for the minors… this isn’t something to see as problematic.

10. [+106] I think a lot of people misunderstand what these morale performances are about because it uses the same terminology as ‘comfort women’ but these concerts are held in a completely controlled environment. Any talk of sexual harassment happening is just a baseless rumor out of Twitter. 2Bic and Min Kyung Hoon have done a lot of army concerts. These concerts aren’t meant to serve as sexual consolation for the soldiers but to honor their service and give them a moment to enjoy the stage and find strength. Please don’t distort what’s meant to be a good deed.

11. [+162] What do you mean “what do women see these concerts as”? Have you not read the comments by soldiers who post things sexualizing these idols all the time?

12. [+199] You can tell why some people find these concerts problematic when you just search army concert videos on YouTube…;; they’re dressed more scantily than usual and it’s usually B-tier girl groups who have to do sexy dances on stage.