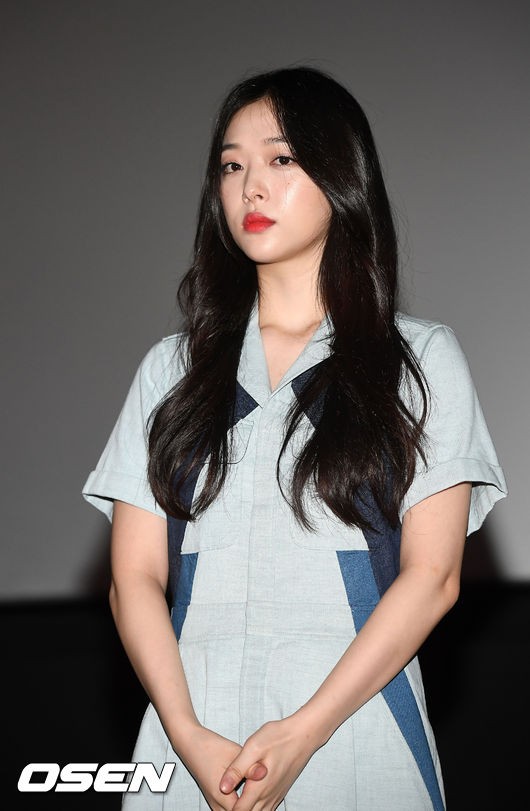 1. [+10,008, -37] I feel so bad for Sulli. If I were her father, I don’t think I could act up like this after knowing that I caused her instability because I didn’t take responsibility for her childhood.

3. [+5,194, -61] He’s apparently a part of the Hanwoori church in Goyang. I bet those church ba$tards got a sniff of the money and are encouraging him to do this.

4. [+4,611, -57] This is a man who has never been a proper parent in his life, which is why he finds the inheritance more precious than his daughter’s life.. how dare he speak in god’s name like this?

5. [+1,241, -29] I now understand why Sulli has always acted so unstable, so different… A family with nothing was blessed with a daughter like her who was able to amass all this wealth just for them to fight over it. When she went off to live on her own while battling depression and no one to depend on… her own boyfriend left, her agency stopped taking care of her, fans started leaving hate comments… I could never understand why someone so beautiful and rich could be so against the world but I get it now… She couldn’t even find comfort in religion like some people choose to do in hardship because of her own crazy religious dad… sigh..

6. [+1,162, -6] Looks like the pastors over at Hanwoori church in Goyang are going to get some hate coming their way. Imagine how pissed the journalist was about this whole situation that they just released the names without filter ㅋㅋㅋ

7. [+1,119, -13] Sigh ㅠㅠ I’m sure Sulli’s oppa was just as hurt by their father too… Imagine having to try so hard to forget about him all your life only for him to come back after your dongsaeng died to demand the inheritance… How could you forgive someone so rock bottom like that? I know some people are feeling accusatory towards the oppa too in case he’s in it for the money as well but I totally understand where he’s coming from and I hope people aren’t sending any hate his way…

8. [+932, -5] This may all sound like it’s too impossible to actually be real but it actually happens a lot in real life. This is why anyone who doesn’t pay child support should forfeit all parental rights for the rest of their lives. There are so many birth parents who come back later in the child’s lives to demand money. Birth and genetics aren’t all that make up a parent.

9. [+773, -26] People were so quick to blame the public for Sulli’s depression… but her family seems problematic as well…

10. [+628, -0] Can we please create a new law that prohibits parents like him from getting any type of inheritance?