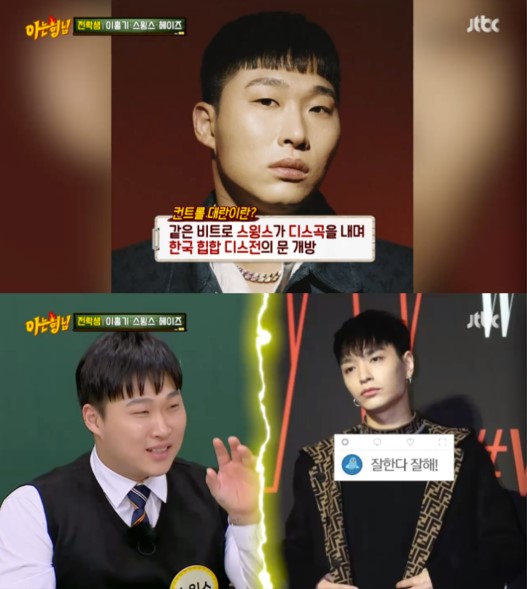 Article: “The control diss battle? It was after I saw Simon D’s comment” Swings reveals his reason for dissing Simon D

1. [+130] They dissed each other like they’d never make up again but they really just made up like it was easy as brushing dust off your shoulder

2. [+87] I remember it hadn’t been long that Nafla had come to Korea and he thought the diss battle was some small joke and he joined it by dissing Swings, that was hilarious..

3. [+74] I remember when Defconn said that the US is a huge country so rappers can diss each other and not worry about running into each other again but you can’t do that in Korea

4. [+62] They were fighting as if their families had killed each other but look at how easily they made up