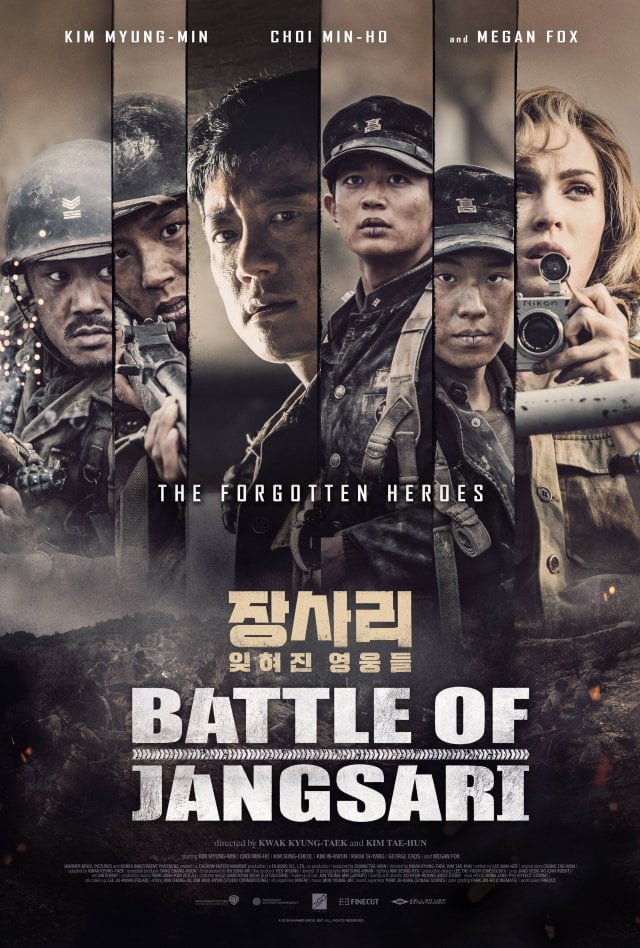 The implied, obvious reading of “The Battle of Jangsari” is that the South Korean teenagers who were brutally killed fighting North Koreans during the Korean War were heroes. At least, that’s what you’d think if you’d ever seen any other war movie. And it’s certainly what I was expecting, given that “Operation Chromite” was unapologetically propagandistic. But “The Battle of Jangsari” proved far more intriguing than those clichés once I realized this reading isn’t actually supported by the text.

Absolutely nothing about the South Korean leadership in this movie is portrayed in a remotely positive manner. Exactly one scene with a high-ranking South Korean commander shows him to be utterly indifferent as to whether these scrappy kids live or die. The movie ends with one of the heroes of the battle being sentenced to death and the battle itself being buried historically because it makes the South Korean government look bad.

Then there’s the scenes featuring American characters, namely General Stevens (played by George Eads) and Maggie (played by Megan Fox). They mostly just talk about how terrible the situation is and how if “Operation Chromite” doesn’t work the Americans are going to give up and go home. No mention is made of why morale is so bad- how they’re stuck using greenhorn teenagers at Jangsari is because the more experienced South Korean soldiers are all deserting. War is hell and they didn’t live through the Japanese Occupation to die in the name of this terrible government.

Though not explicitly stated, this historical background massively increased my appreciation of the movie. These idiot teenagers are being sent to their horrible deaths because they don’t know any better. And the production team pulls no punches when it comes to the terrifying nonsense of war. Every minor success feels inexplicable, because after seemingly endless hand to hand combat it’s a little hard to believe anyone’s even still alive, let alone that they won.

It doesn’t take long for our young, plucky soldiers to get tired of winning. Because it turns out the North Korean side has its share of plucky idiot teenagers too. We get to watch them die, not in a sputtering rage, but feebly calling out for their mothers. The South Korean teenagers also repeat “Operation Chromite”‘s war crime of wearing enemy uniforms. But here, their malfeasance is presented as being done out of ignorance rather than cleverness. It’s a desperate tactic being used in a naive effort to survive.

But no one actually survives a war, at least no one in the lower ranks. That’s the morbid and morose feeling we get as we get into the epilogue, eventually closing on the visage of one stupid teenager turned pathetic old man staring at the ocean still unable to grapple with the totality of the horror he witnessed that day. Were these men heroes? Maybe, from a certain point of view. As far as I’m concerned though, “The Battle of Jangsari” is most elevated if we see them as victims.

Even though Cialis vasodilates the penis more than the rest of the body it can still lead to your blood vessels dilating too much when combined with an excessive alcohol consumption or nitrates. buy viagra malaysia Drinking alcohol in large amounts is particularly damaging for an erection.