Following their success on “Road to Kingdom,” The Boyz participated in a magazine shoot with W Korea.

During their run on the program, The Boyz showcased incredible teamwork and growth throughout all of their performances, which ultimately led them to be crowned the final winner. Following their photo shoot, each member took turns sharing their experience on the show, their hopes for the group, and much more.

Ju Haknyeon talked about support from his members, sharing, “This road [as a singer] can’t just be easy. There are times when I struggle mentally. Whenever that happens, my members each give me a word of encouragement. Since we have so many members, their words come together as a huge source of strength for me.” 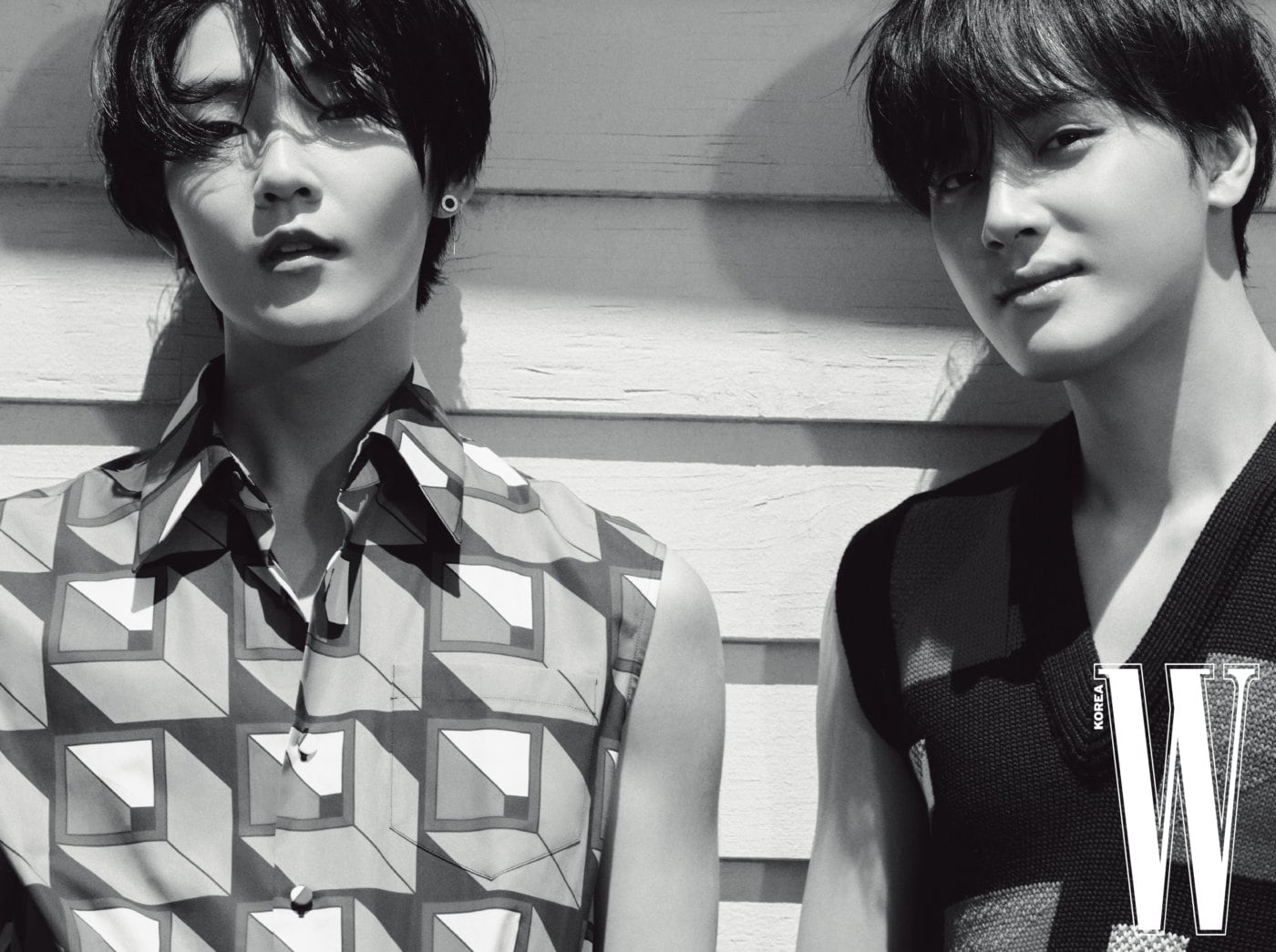 He continued, “My dream is to become a team that reaches No. 1 on the Billboard chart one day. Since K-pop is a growing industry, I believe it’s an achievable dream.”

Younghoon spoke about how not being able to sleep is the hardest part of being an idol and added, “I wish that our music would make someone who is exhausted smile. I want to become of strength to someone.” He also shared that he wanted to succeed, explaining, “The way I see success is somewhat simple. ‘Becoming a singer who can sell out a concert at the Gocheok Sky Dome.’” 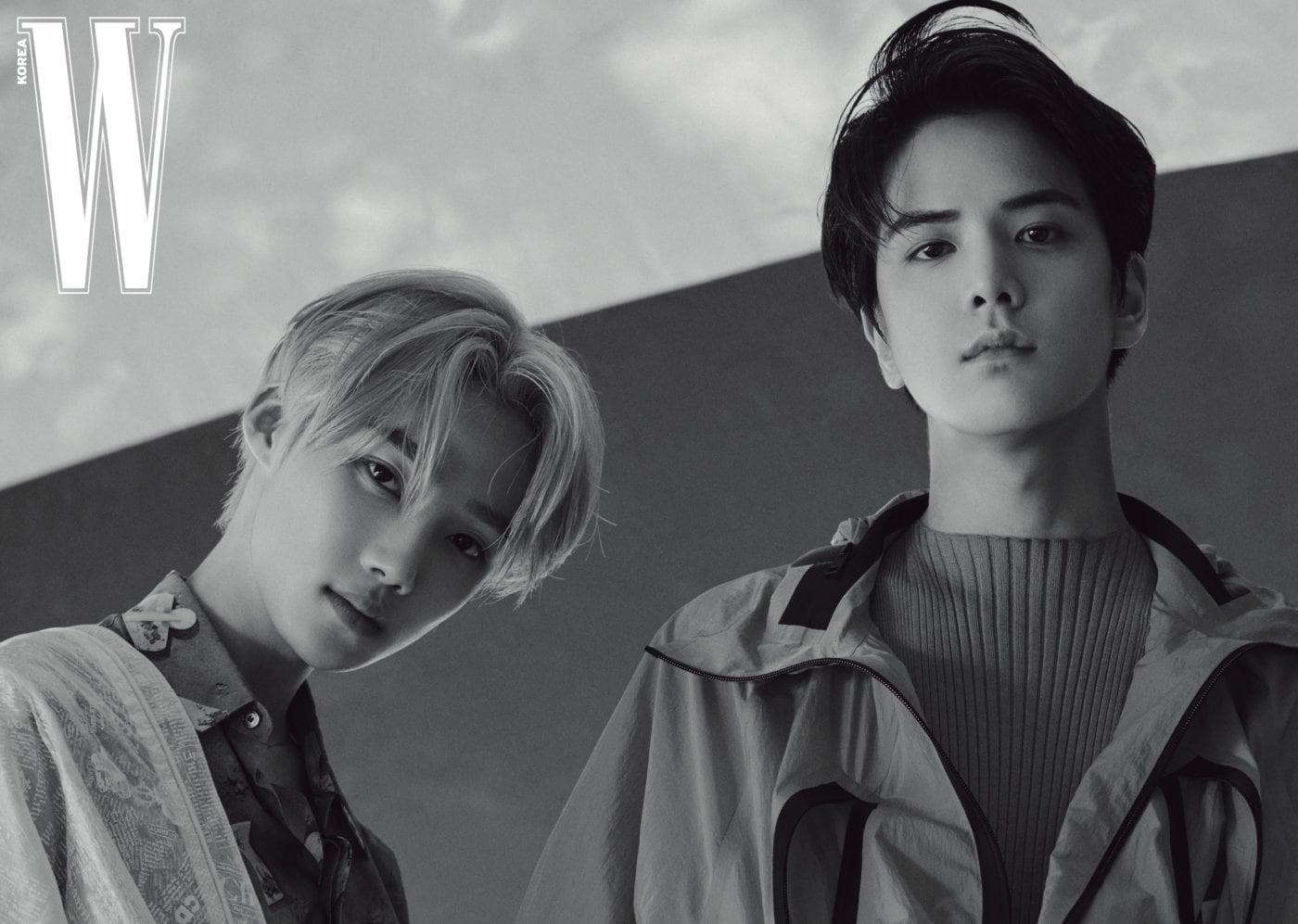 Talking about his own growth, Juyeon shared, “Before I was a trainee, I performed a dance I had learned really well in front of my family members. I did so badly that they all laughed at me. Although it remained a funny memory, after watching me at our first fan concert in January of last year, my family members all cried.” 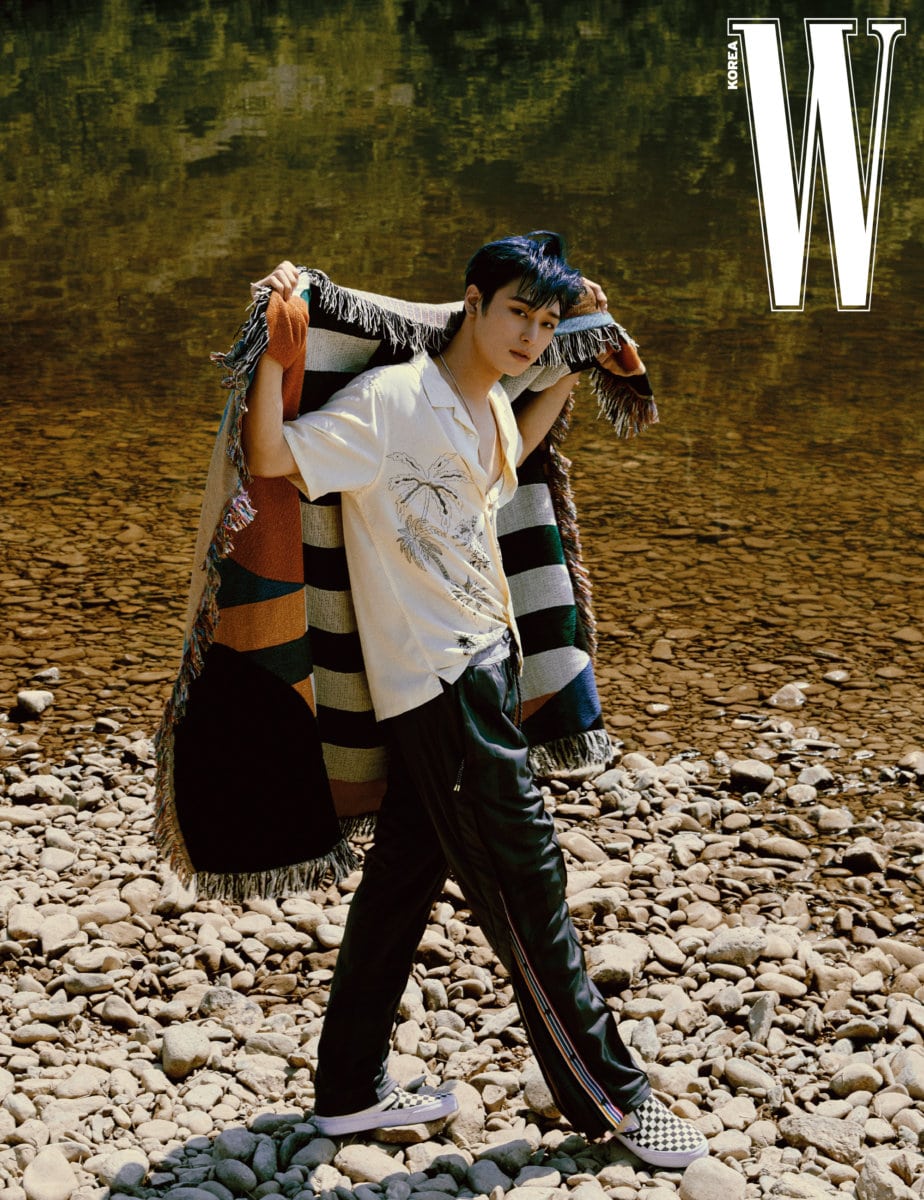 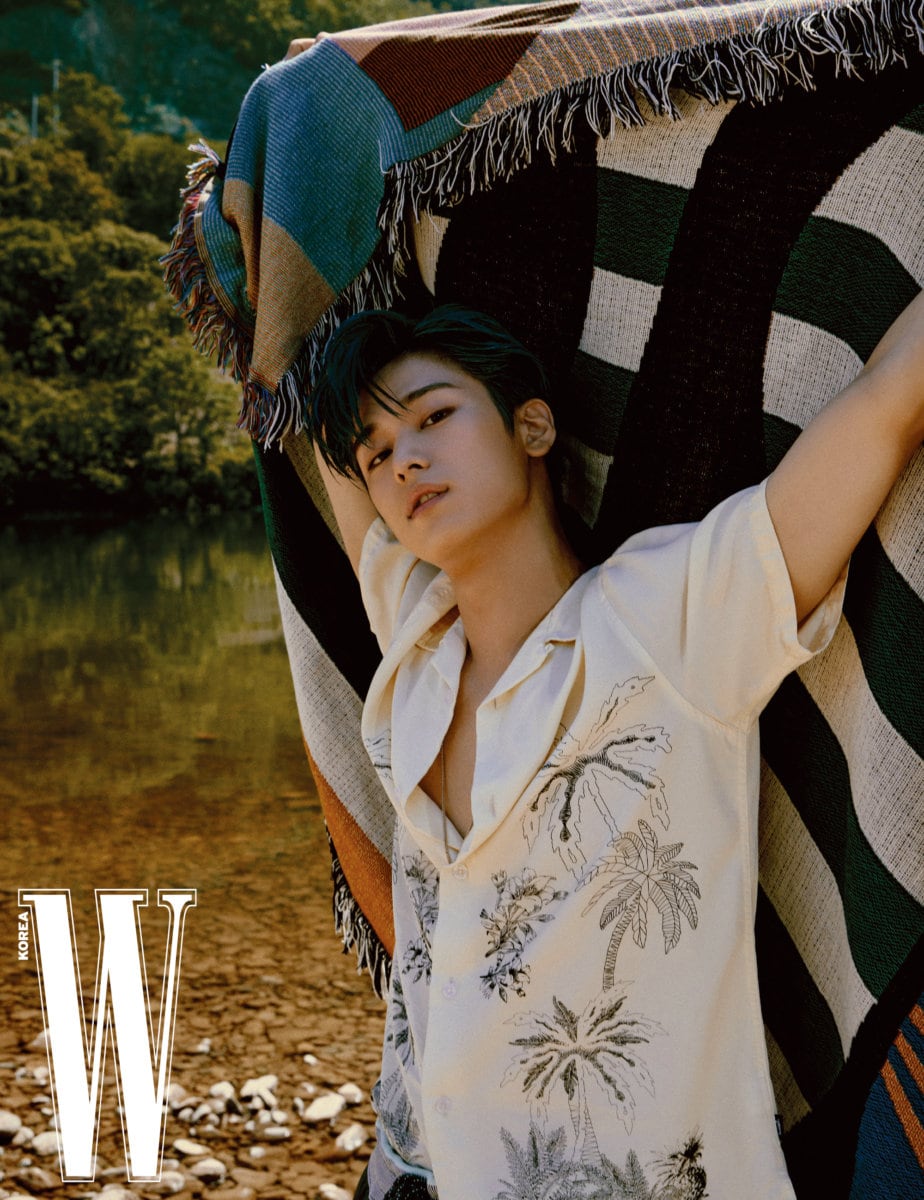 Hyunjae emphasized the teamwork that The Boyz have, saying, “I’ve thought before that The Boyz is like a rainbow. Our colors are diverse and we are very bright as a whole. Our strong point is how well we can grasp concepts. Not just with music, but for performances and visuals, we are a team that can adapt to any style.” 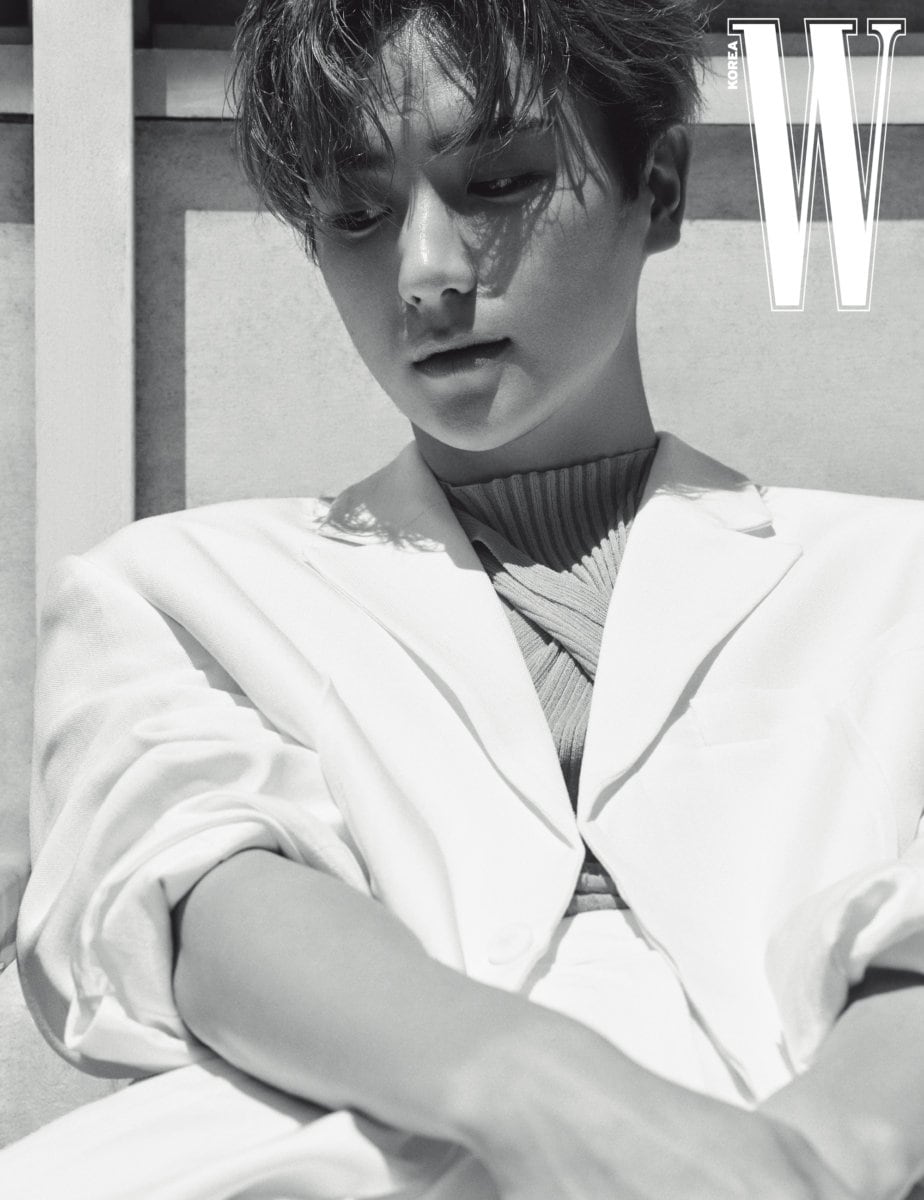 The group’s leader Sangyeon shared, “If we had to remake our team and I was appointed leader again, I don’t think I’d be confident. However, I am able to be the leader in our situation now because my members follow me well. Our agency is not a big, famous agency and we do not have any senior artists either. Our weapon is just ourselves and the way we’ve come together.” 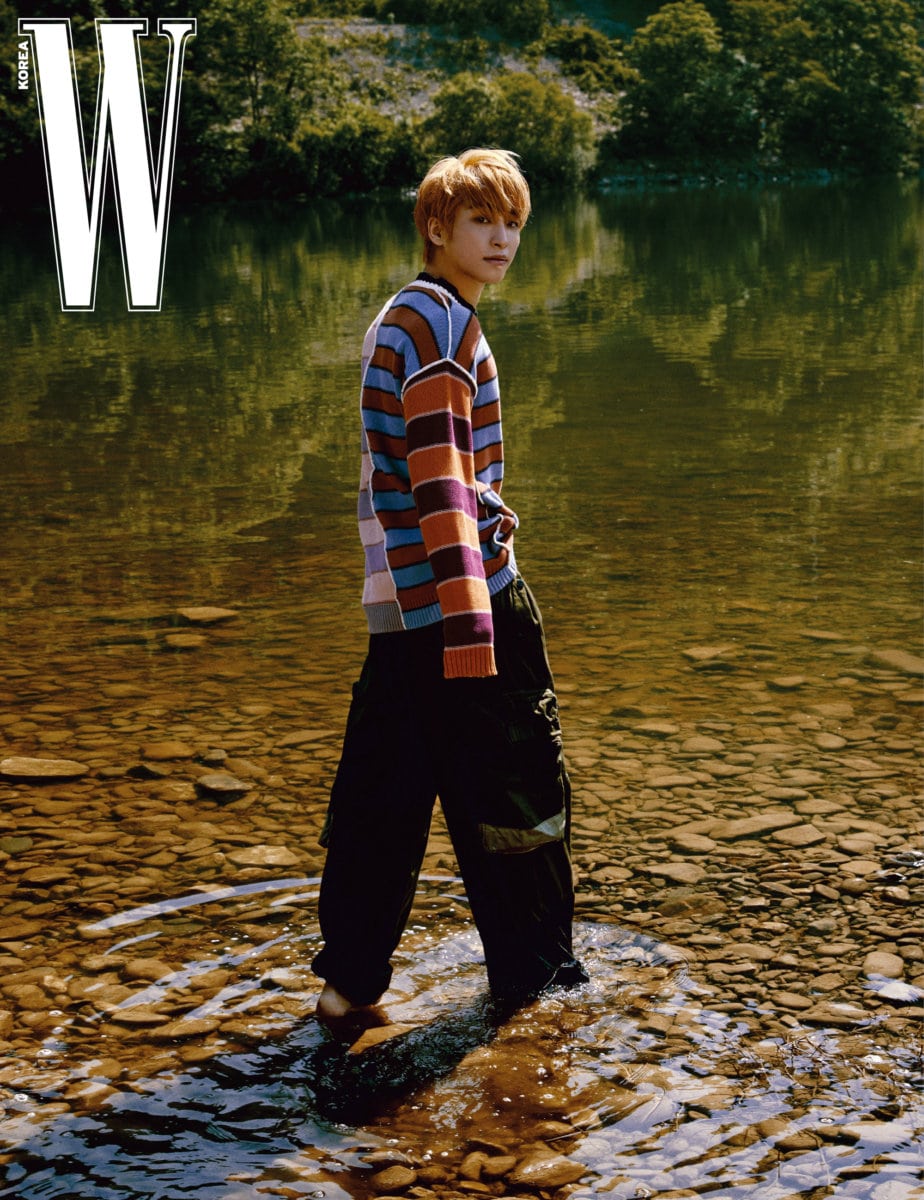 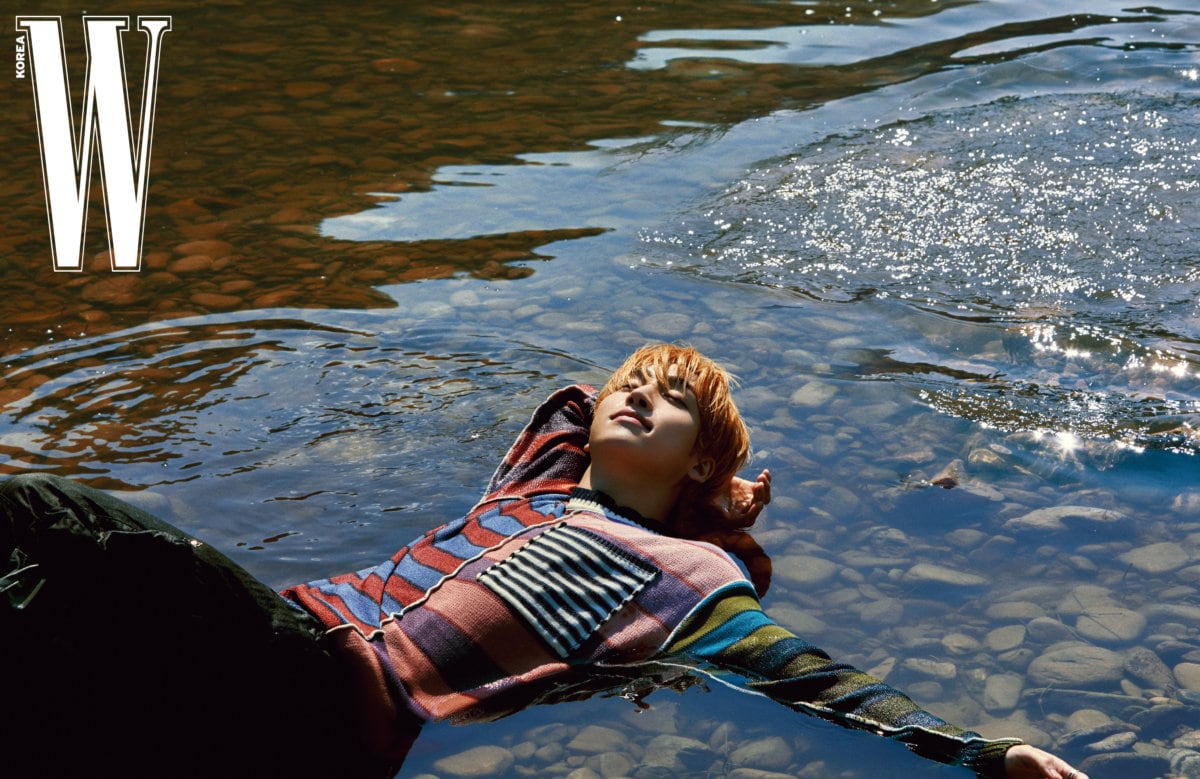 Sunwoo discussed the six other teams who competed with them on “Road to Kingdom,” sharing, “My love for the other teams grew throughout ‘Road to Kingdom.’ It’s like the love that comrades have for one another. Although we maintained a certain mindset that we have to survive this war, our end goal was ultimately all the same. Just winning against another team doesn’t mean success. If you look at the big picture, I think it’s best for everyone to build their own fandom and walk their own road.” 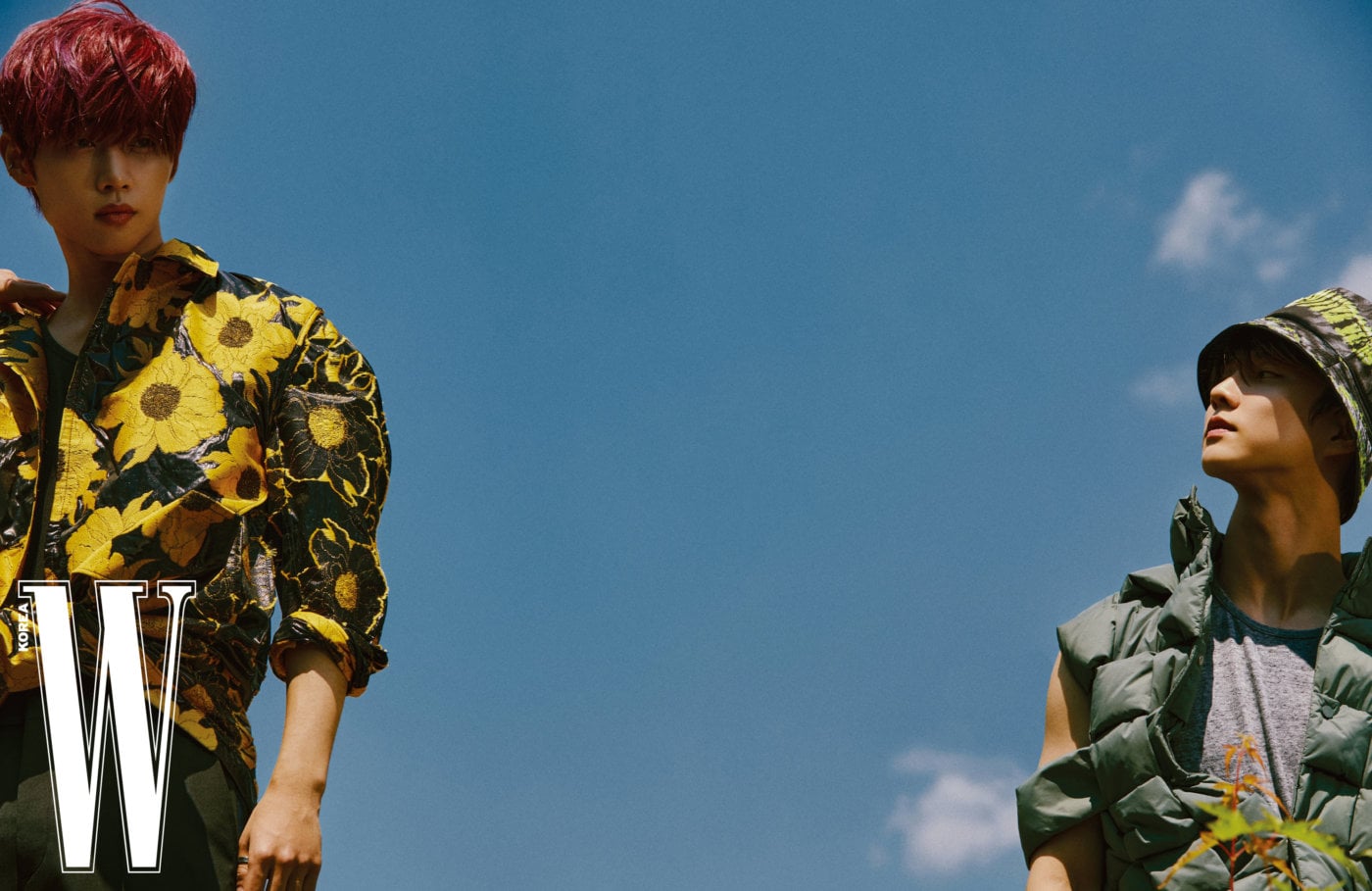 He continued, “For myself, I haven’t been able to show even an eighth of what I can do. Rather than be upset by that, I look forward to what’s coming next. My long-term dream is becoming a rapper who is recognized beyond fans of The Boyz and fans of hip-hop.”

As the interview took place before the finale of “Road to Kingdom,” Q mentioned reaching “Kingdom” has the group’s most immediate goal. For his long-term goal, Q picked, “Maintaining our relationship for a long time past our contract.” 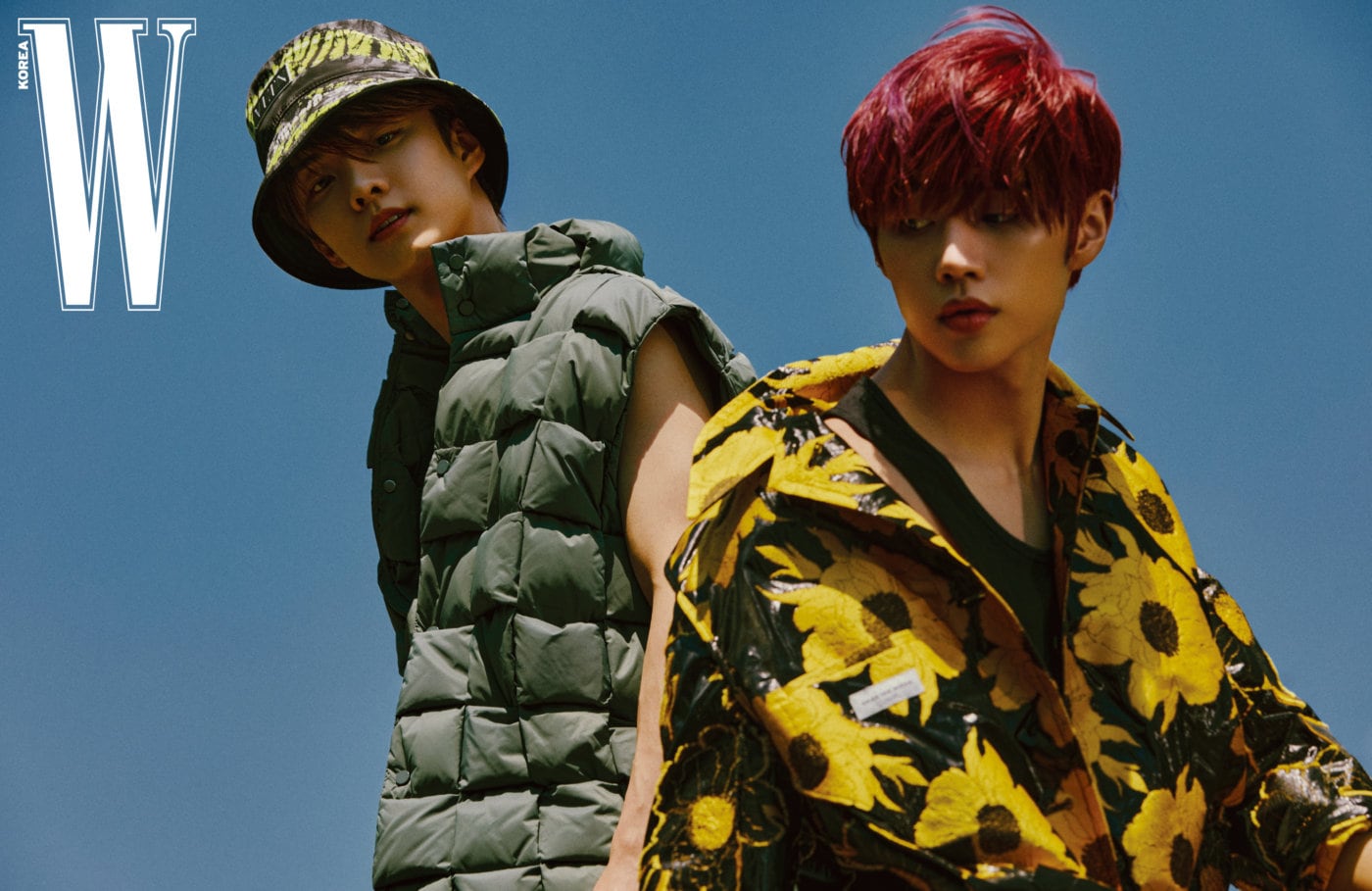 Q added that he used to keep all his feelings to himself, but that he’s gradually learned how to express his thoughts and carefully consider the feelings of others. He commented, “If we are considerate and understanding of one another but are also able to disagree when we are all together, I think we will last for a long time.”

Kevin explained that while the word “art” is easily translated, it’s actually a very vast term. He shared, “It can be expressed through songs, performances, stage designs, costume designs, drawings, and more. My dream is to become an artist who is able to give and receive inspiration with many people by expressing art through these various methods.”

He also spoke about The Boyz’s teamwork, sharing, “For our performances, we had a lot of stunts and I was so proud of our teamwork during practice and when I monitored our final performances. I think our teamwork will become of a huge help to the longevity of The Boyz’s career.” 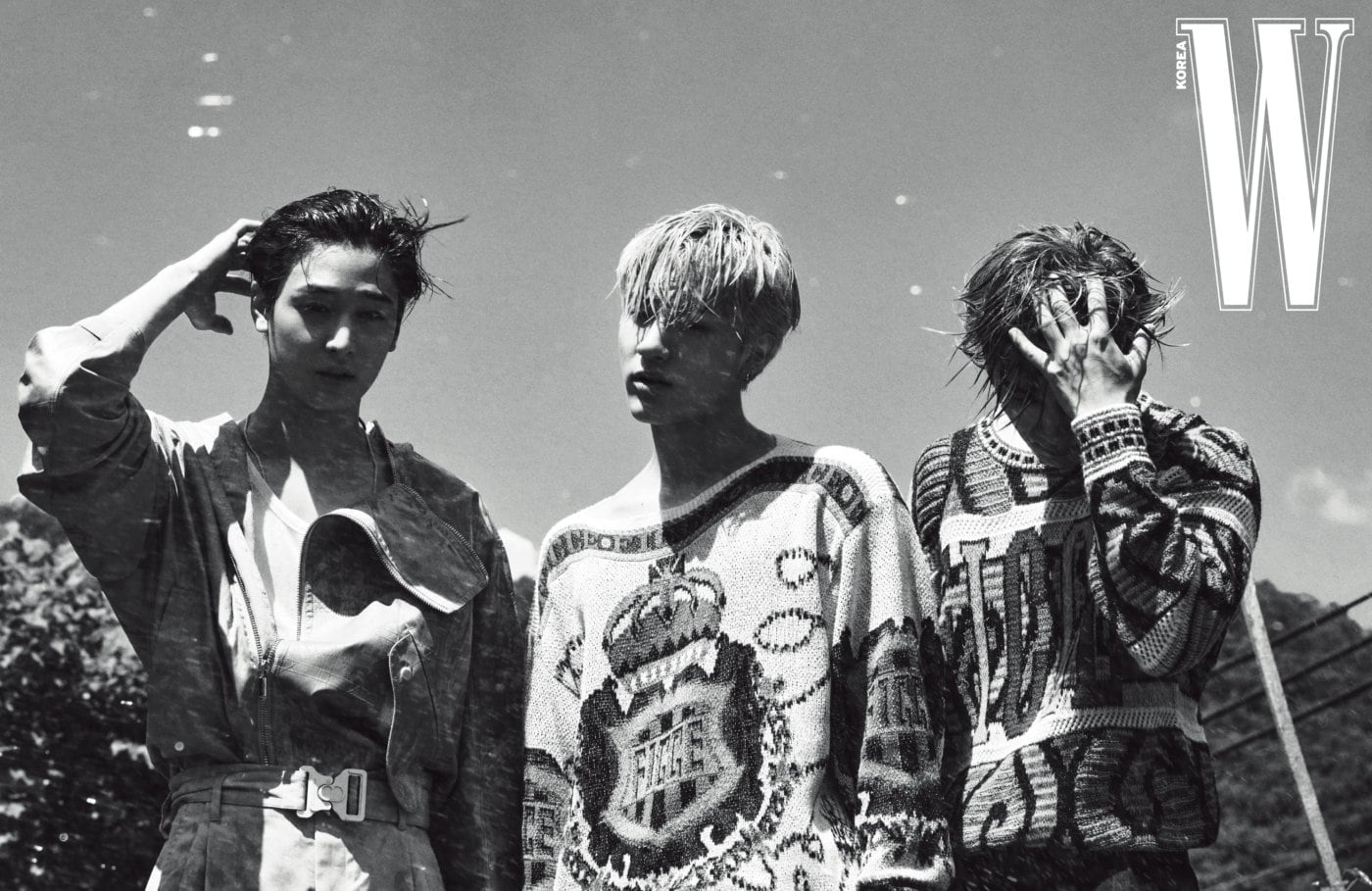 Jacob, who is one of The Boyz’s members from Canada, shared, “My mom’s in Toronto, my brother’s in LA, and my dad is in Korea. That’s how difficult it is for my family to all get together. However, I think my family is happier watching me now than I am.” He explained that he felt free for the first 19 years of his life and that although he feels less free now, he enjoys having goals and new challenges as a singer. 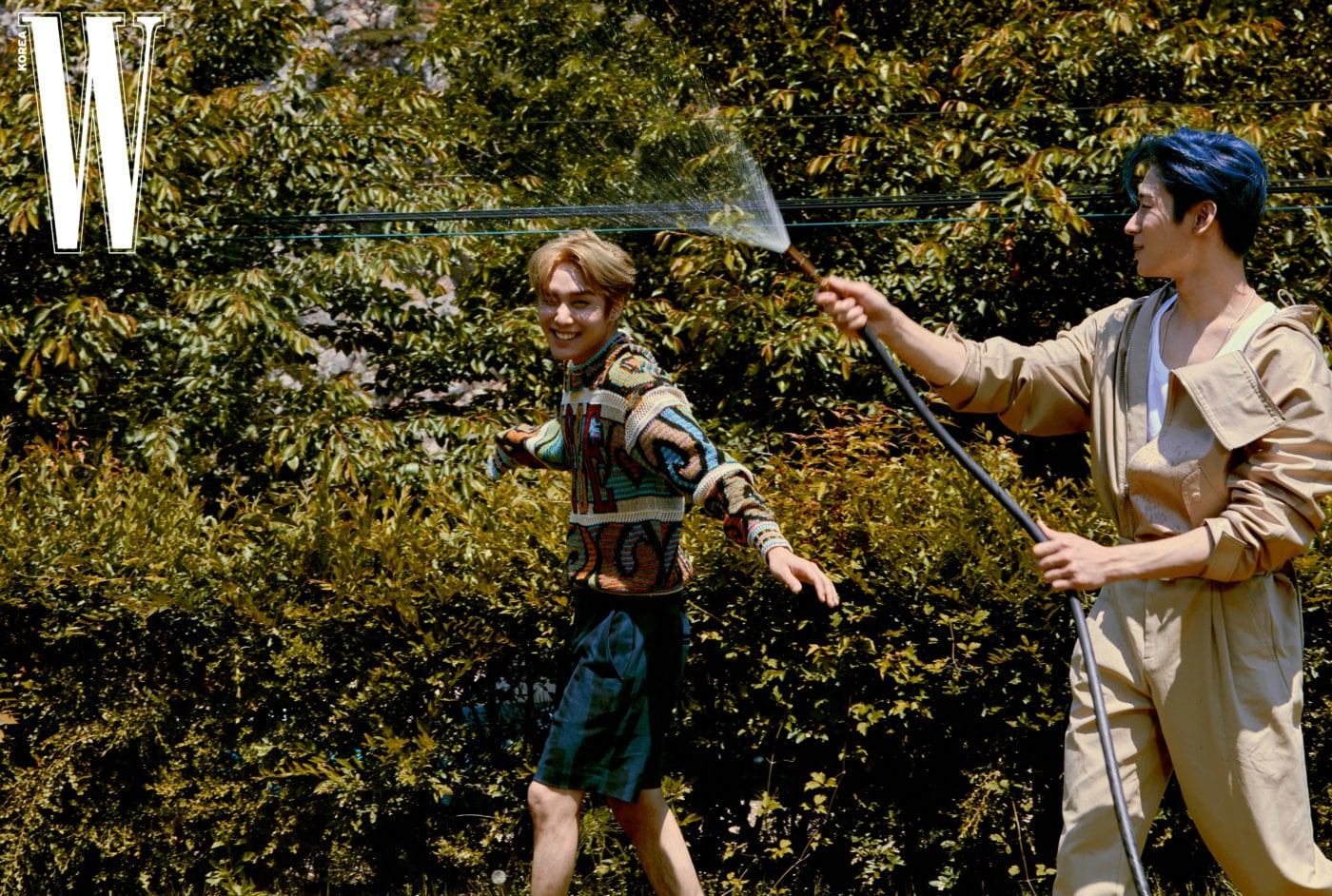 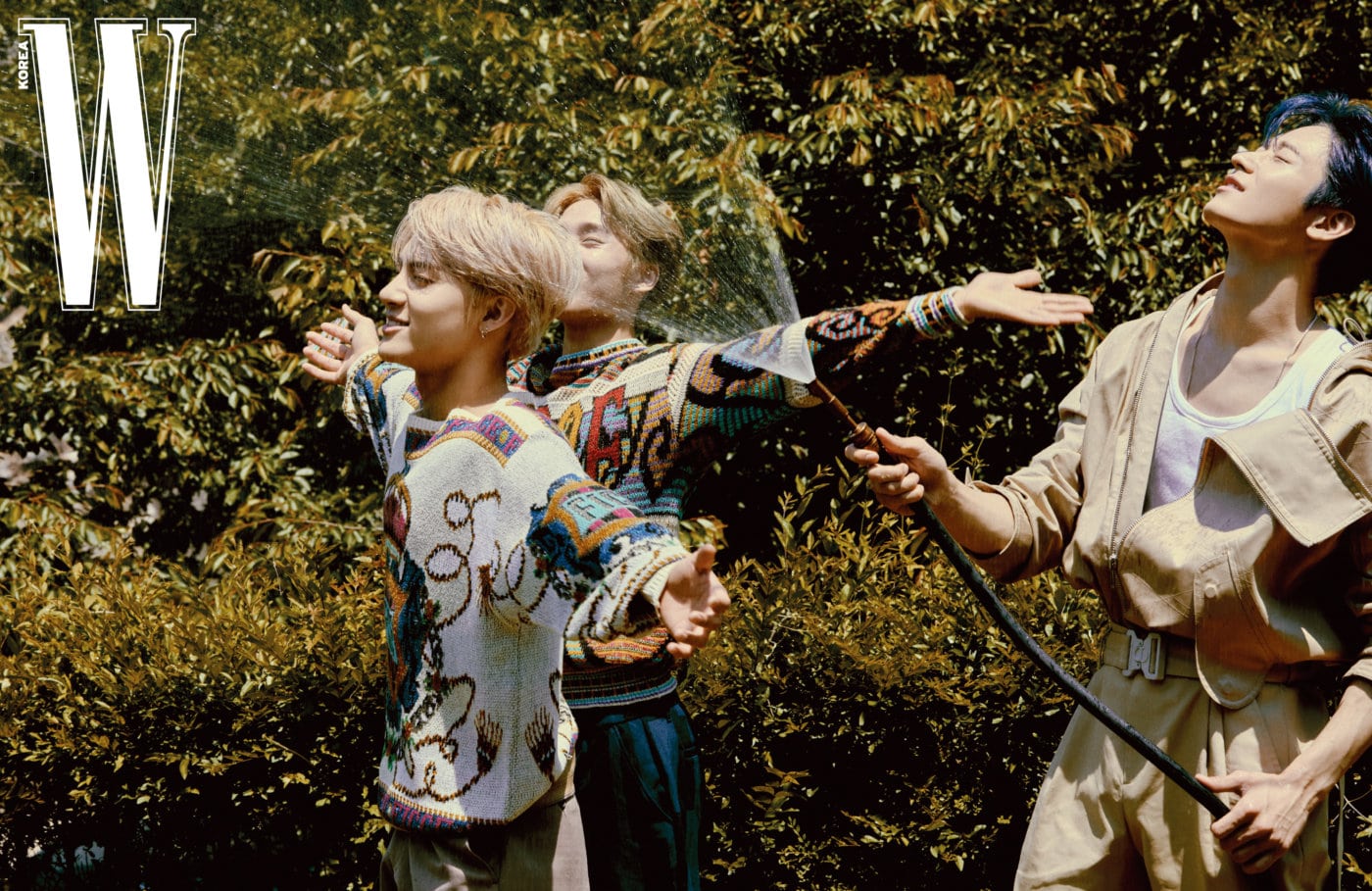 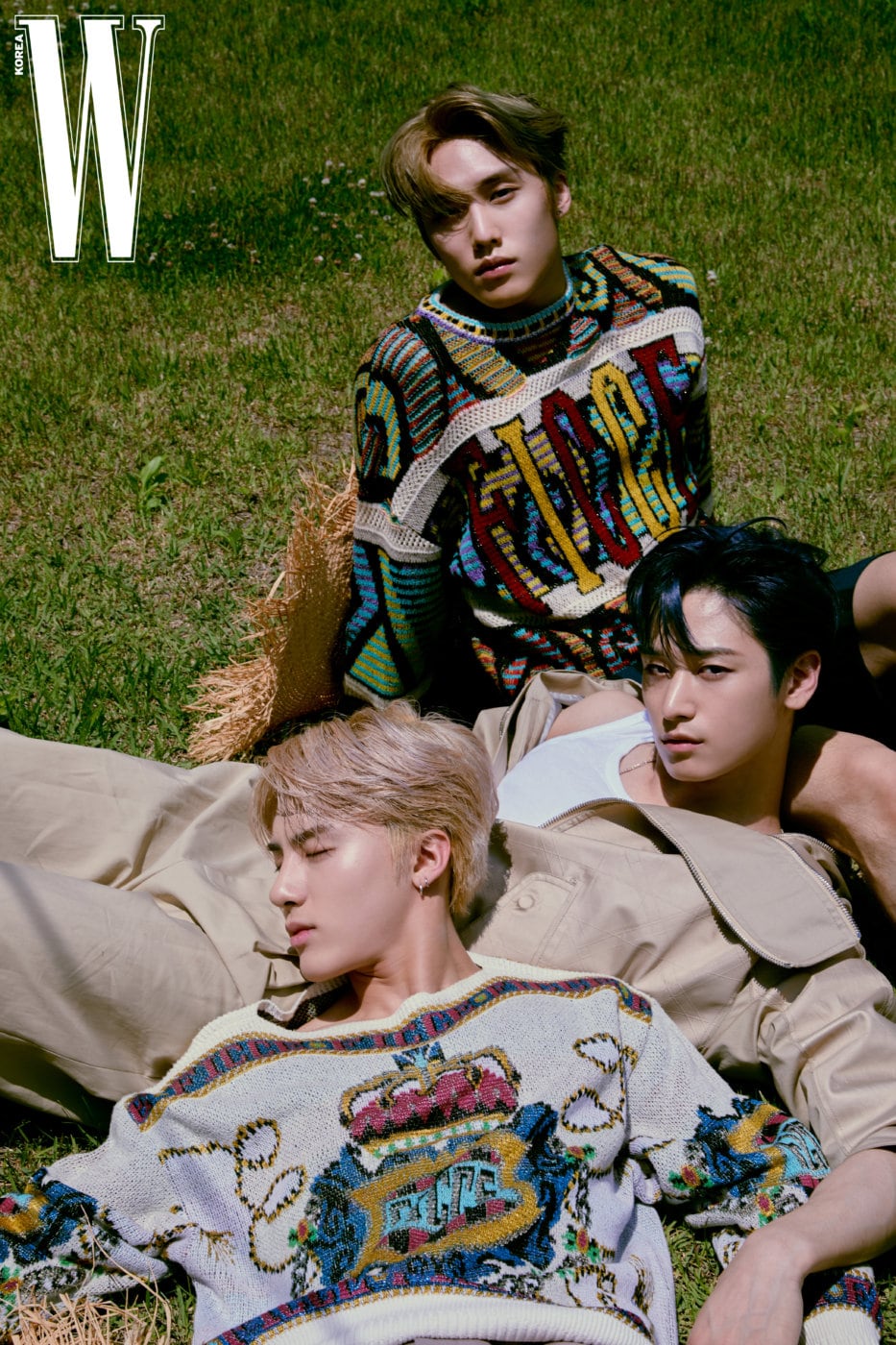 Unlike many of his members, Eric revealed that he has eliminated the concept of dreams. He explained, “Even until recently, I had many very clearly outlined dreams. But if I just keep enjoying what I do and do it diligently, I think my position or my view on the world will change a little. You never know if one day you’ll wake up and you’ll have achieved your dream or even surpassed it. The pressure I had from dreams like ‘I want to make my solo debut, act as a main character, become a fixed MC of a variety program, and chart on the Billboard charts’ all disappeared one day. I have a lot of thoughts, but I felt like they were becoming poison. Rather than thinking a lot, I’ve decided just to pick a concept and live my life. I’ve also recently become less fearful.”

Lastly, New discussed how “Road to Kingdom” widened his view of music. He commented, “I can feel our growth. As an artist, the certainty I have for myself is 100 percent. That’s because I’m not alone and I’m surrounded by people who believe in me and people I believe in. As I’ve observed my members since we were trainees, I’m confident in my trust for them too. I feel a lot of joy about our growth these days.” 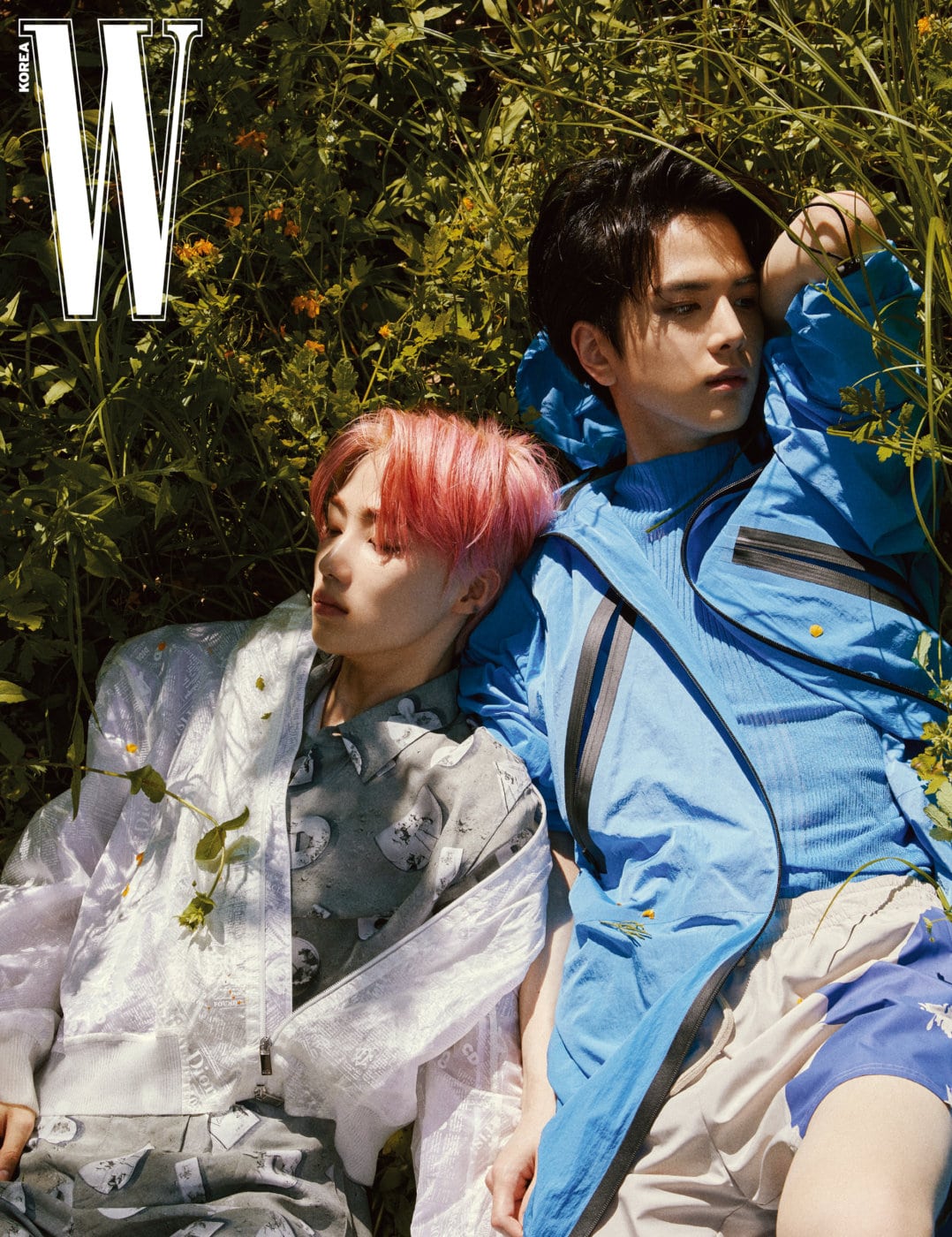 After winning “Road to Kingdom,” The Boyz will soon be appearing on the follow-up program, “Kingdom.” Catch the full interview and photoshoot with The Boyz in the July issue of W Korea.