t/n: DanceKang/Ddaeng-ggang is a popular Youtuber who covers video in a comedic way, he’s known for his camera angles 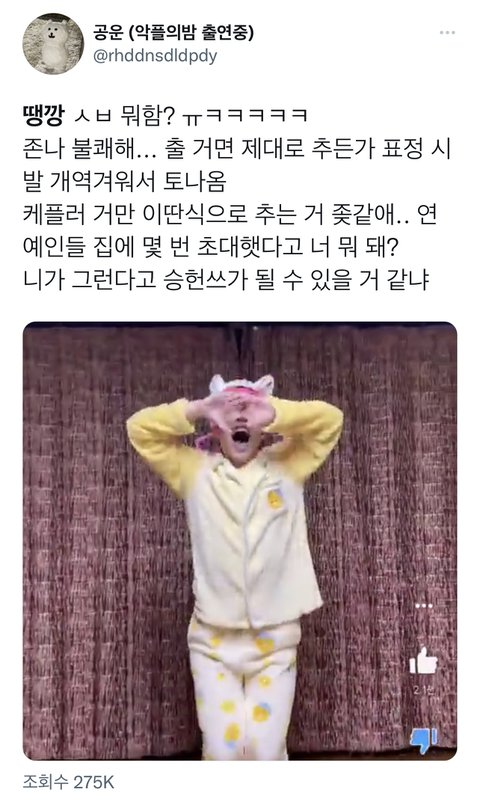 “What the f*ck is DanceKang doing?ㅠㅋㅋㅋㅋㅋ
He’s f*cking unlikable… If you’re going to dance, do it properly. his expressions are f*cking disgusting it makes me want to barf
Kep1er is the only group to which he’s dancing like a f*cker… Do you think you’re something just because you’ve invited a few celebrities to your house? Do you think that doing this will put you at the level of Seunghonsseu? (T/n: popular Korean tiktoker who’s known for using his face in a funny way)” 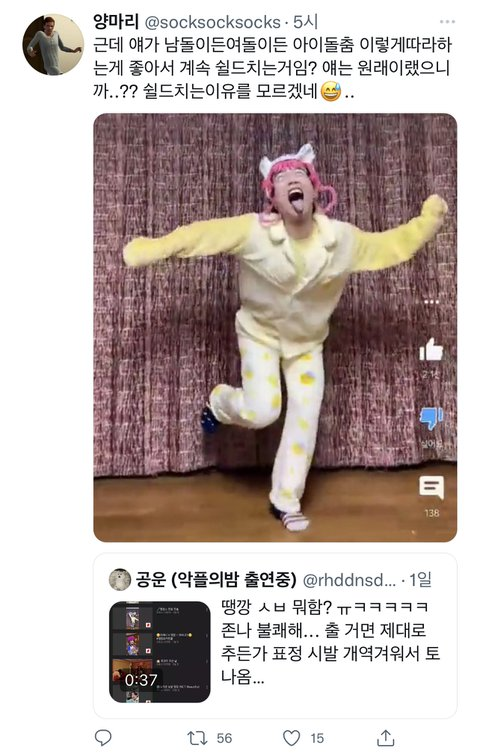 “Are people really going to continue shielding him even when he dances to male idols and female idols dances like that? Just because he’s always been like this..?? I don’t understand the shield..” 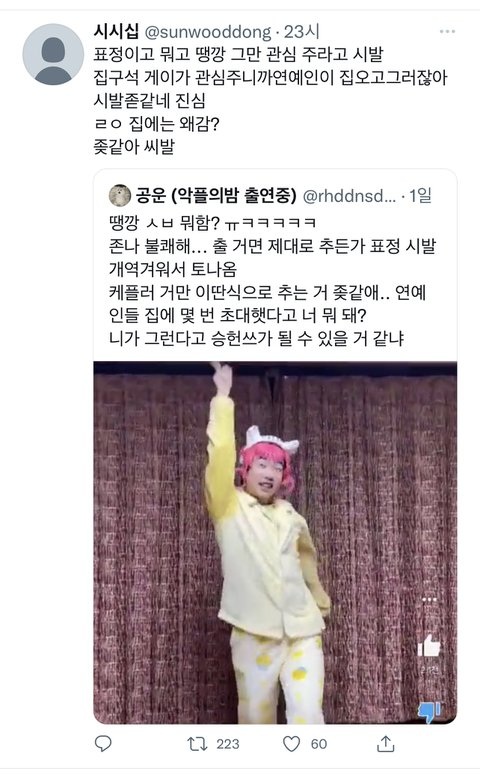 “Who cares about his expressions or what not, we should just stop giving DanceKang any interest f*ck. Just because we gave some NEET gay attention, it allowed him to invite celebrities to his house. This is seriously f*cked up. For real, why do they go to his house? This is f*cked up”
post response:
[+142][-26]
original post: here
1. [+191, -29]
Even his subscribers agreed so stop saying this is only coming from the fans, it’s low~ 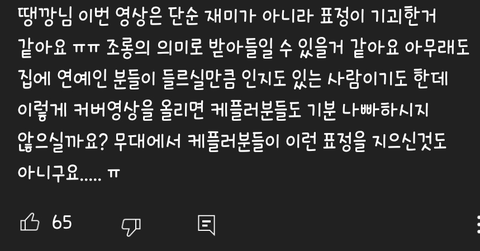 “DanceKang nim, this time your video isn’t considered trivial “fun”, I thought your expressions were very oddㅠㅠ I feel like people might think that you’re trying to mock [Kep1er]. I feel like you should be considered a public figure to the point where even celebrities visit you at your house, so putting up a cover video like this can make Kep1er feel bad to a certain degree right? It’s not even how Kep1er act on stage…ㅠ”

2. [+133, -18]
I hope their song goes from 102nd to 100th in the daily chart. Now that they’ve stopped promotions, their momentum is lacking. I’m rather thankful for him covering their dance
3. [+123, -14]
Kep1er’s WA DA DA was #7~#8 on Japan’s biggest music platform Apple Music for 2 weeks, and it’s still above average. They also hit #5 on Tik Tok’s weekly background music. There are a lot of people who have danced to their songs on TikTok with people changing it up with Zero Two’s dance. What DanceKang is doing is actually beneficial to rookies 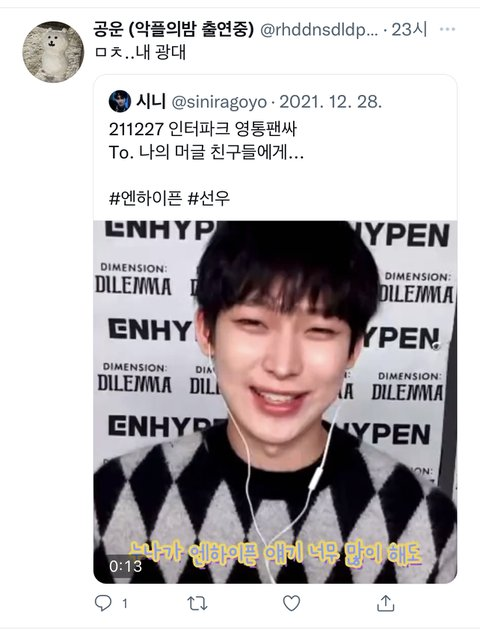 “Crazy my cheeks”
6. [+82, -3]
I went to watch to see how severe it was and it’s indeed a bit much…? He did get famous for acting over the top but I do find that he was a bit unpleasant this time.. 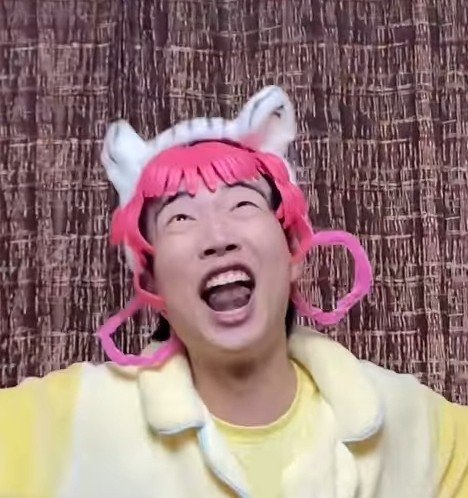