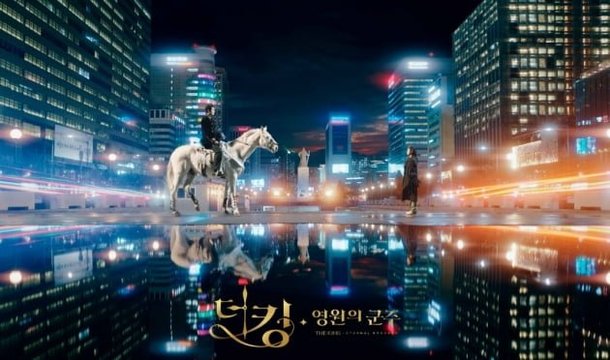 Article: 32 billion won invested into ‘The King’, so what happened…

1. [+911, -151] Kim Go Eun is an actress who has no charm to both male and female viewers. ‘Goblin’ was successful off the backs of Gong Yoo and Lee Dong Wook. If you separate Kim Go Eun’s looks and acting from them, you have to admit that she makes it hard to focus… She’s perfectly enough as a supporting role but never as a lead…

2. [+614, -19] There are a lot of fun dramas with a variety of plots out right now so people don’t care for such a slow and cringy plot. ‘The World of the Married’ feels tight with tension while ‘The King’ feels slippery with cringe. It’s just not a story that works anymore. ‘Goblin’, however was the jjang.

4. [+72, -2] ‘Arthdal Chronicles’ had a lot invested as well, but we are past the generation where big name actors are all you need for a drama to do well

5. [+64, -1] It’s fun if you watch it without much thought. Yesterday, I finally thought that Kim Eun Sook was on her footing but Kim Go Eun’s face left much to be desired. It just doesn’t make sense for the male lead to fall in love with her on first sight. The viewers just can’t vicariously feel through Kim Go Eun at all. She’s a miscast.

6. [+52, -1] I’m living for ‘The World of the Married’ and ‘Once Again’ these days. Kim Eun Sook’s castings always provide male eye candy, though, like ‘Secret Garden’. I just find Kim Go Eun’s facial acting so boring because she’s the same in every role. I wish she was just left at ‘Goblin’. And why with Jung Eun Chae??? There are so many other top actresses that could’ve taken her place…

7. [+51, -0] First time I’m struggling to focus on a Kim Eun Sook drama. So much going on with the plot, I’m not sure what it’s trying to say. Lee Min Ho, Kim Go Eun, and Lee Jung Jin all seem to be doing separate things instead of trying to connect the plot.

8. [+47, -0] Kim Go Eun seems uglier since ‘Goblin’. I don’t know if it’s because of the hair or whatever but she lost that freshness… I used to think she was pretty in her previous drama but now she reminds me of a certain gagwoman. I have no idea how the male lead falls in love with her at all… 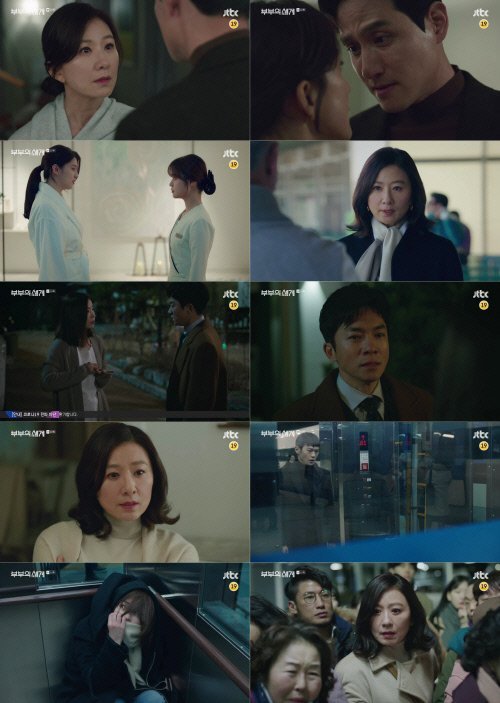 Article: ‘The World of the Married’ surpasses ‘Sky Castle’… ranks #1 in all of JTBC dramas

2. [+319, -7] My husband didn’t want to watch something so heavy at first but now he waits by the TV with the remote. How are we supposed to wait until next week?

3. [+315, -8] It’s great because the directing and the acting are both on point. I know some people felt that yesterday was really frustrating but I thought the directing was exactly where it needed to be. It’s a 16 episode series, you can’t expect it to be like a movie ㅋㅋㅋㅋㅋ it wouldn’t be a drama if the plot moved any faster. There’s a progress to every story ㅋ

4. [+23, -1] My husband told me to stop watching these kinds of dramas but now he’s the one waiting for it ㅋㅋㅋㅋ

7. [+16, -0] This drama makes the fun of coming home from work on Friday nights twice the happiness ^^ got my beer and snacks prepared for a burning Friday night ㅎㅎ