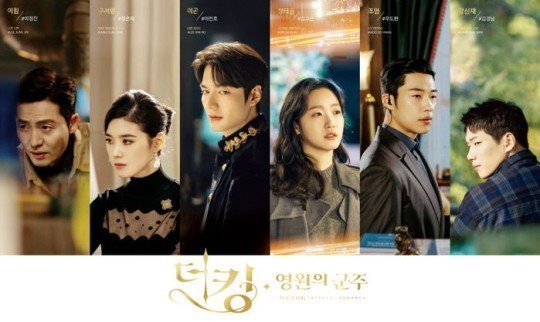 SBS has decided to skip an episode of ‘The King’ this week to instead play the movie ‘Contagion’ in its time slot. SBS reasoned, “With the rise in corona19 cases, we have decided that we need to instill a sense of stronger safety standards to our citizens.”

4. [+68, -6] They’re better off ending it early considering that every episode costs hundreds of thousands in expenses but no return on popularity..

5. [+66, -2] SBS is known for tricks like this. They skipped two weeks of episodes for ‘Vagabond’ and tried to buy time before the drama just flopped. ㅋㅋ

7. [+49, -8] I doubt the actors care that much.. they already got paid for their work, filming has wrapped up. The only thing embarrassing is their viewer ratings.

8. [+35, -0] The corona broadcast sounds like an excuse. I think they didn’t finish editing the episode on time ㅋㅋ their last filming was this week. Their viewer ratings went up a little bit last week but if they skip this week, it’ll go back down again.

12. [+19, -2] I think they’re looking for someone to blame for the viewer ratings. What better excuse than to say they had to skip an episode this week… Why would they skip a drama’s episode just to put on some unpopular movie in that time slot instead?