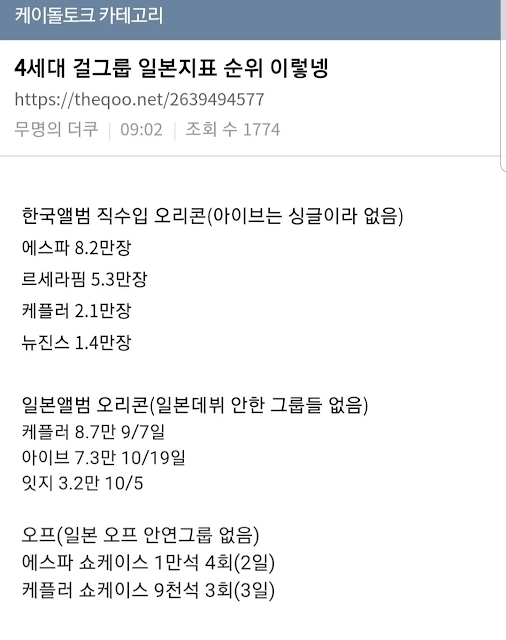 They even sold 1M albums in the first week of sale for ‘Girls’, and they haven’t even debuted in Japan yet but their results have been pretty goodㅇㅇ 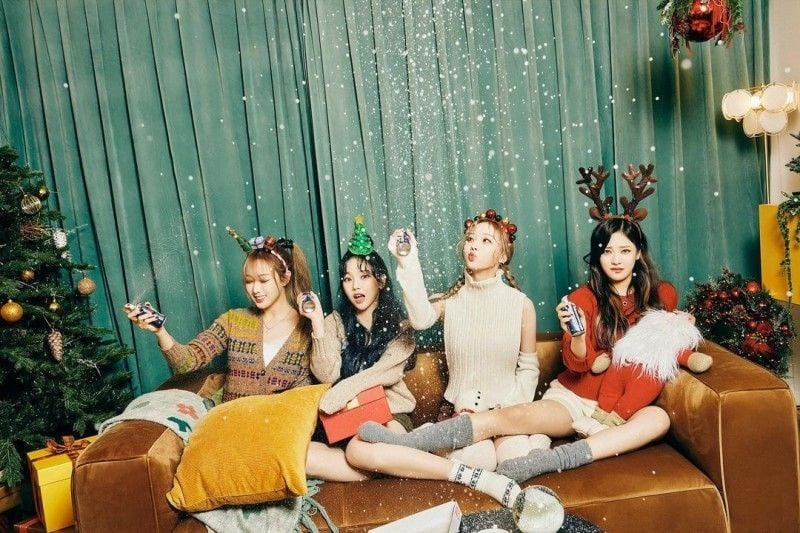 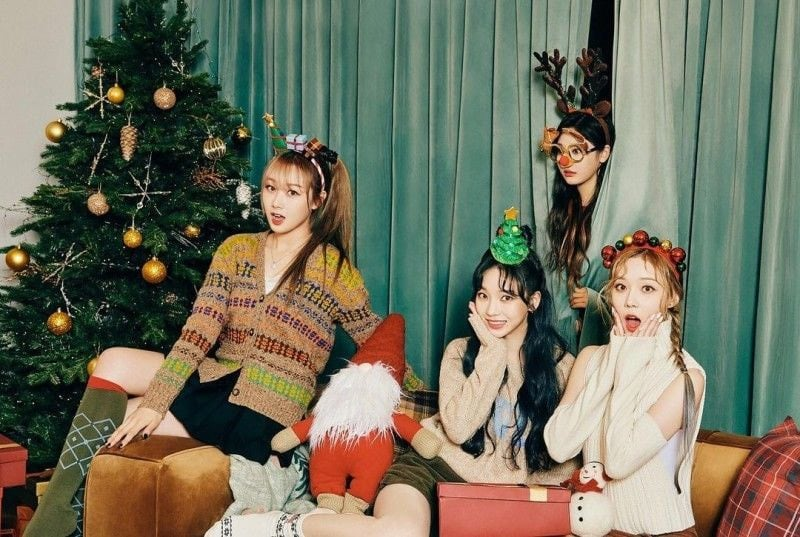 It’s currently the year end award ceremonies time and there hasn’t been one news about their performance yetㅇㅇ….

1. I feel like they must have some kind of internal issue….. I get that nowadays, people don’t promote for a long time but they are promoting for a way too short period

2. I’m not a fan of them but I liked Illusion so it’s a shame how little promotions they had this year

3. I kinda feel like they think that even without promoting them, they’ll have a lot of fans. It’s not like they gave the fans anything before they came back with Girls either but their fans bought a ton of albums. The Chinese fans also bought a bunch of Season’s Greetings this time around

4. I’m still listening to 4th gen girl groups’ songs consistently and my favorite songs are Next Level and Illusion. I hope they come back with something even cooler

5. I wonder why they are doing this? Are they trying to brand them as these super stars who barely appear on music shows? But since they appeared on variety shows from time to time, it’s not like they had that mysterious concept either so just why? Currently, all the other 4th gen girl groups are getting pushed aggressively so…

6. Why isn’t Aespa coming out?… why their other singers are coming back just fine

7. SM just f*cking feels like a mom and pop’s shop. Even their other idols’ albums are getting f*****cking pushed back

8. They are trying so hard to give them this mysterious image but it’s ruining themㅋㅋ

9. What’s up with the comments here? You guys just f*cking want to hate on Aespaㅋㅋㅋ I’m curious if the people hating on Aespa here have even watched their stage. They are good performers and good at live tooㅋㅋㅋ

10. Don’t idols performed the most on music shows during their rookies’ days? This is such an interesting marketing tactic