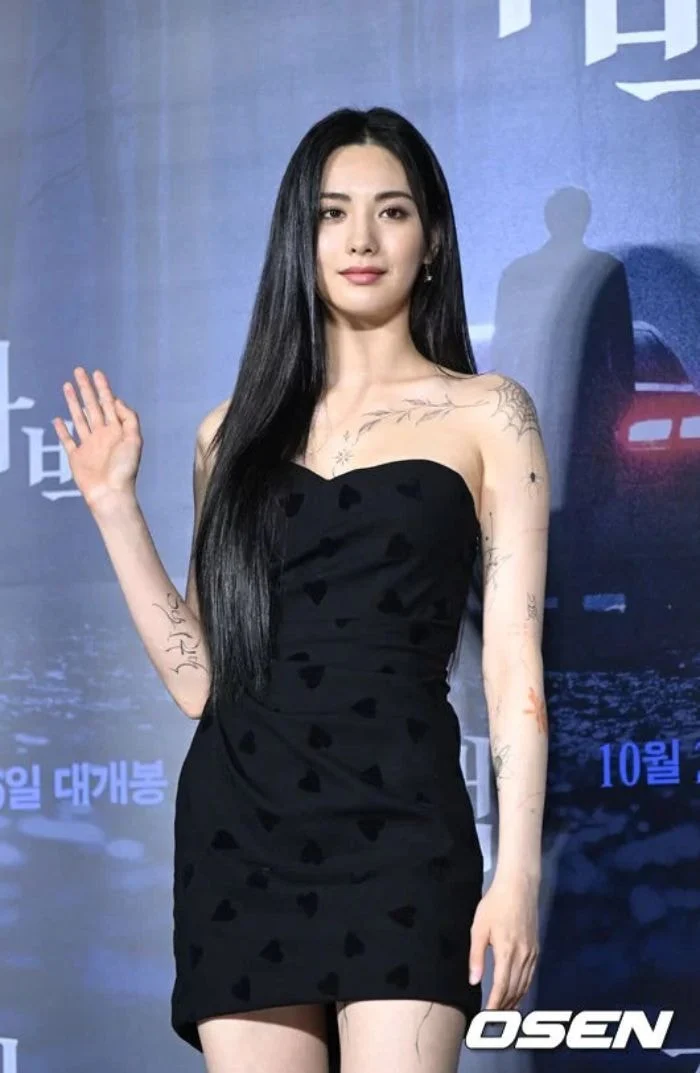 Spider webs and spiders were drawn on her shoulders, and leaves were drawn on her collarbones and chest. Various types of tattoos such as snakes, flowers, Batman, planets, and lettering are also engraved on both arms. Unknown letters and numbers were also written on the thighs, ankles, and back of the feet.

Some speculate that Nana may have applied tattoo stickers for the work she’s currently filming.

Regarding this, Nana’s agency said to OSEN on the 21st, “Please understand that it is difficult to answer because it is the artist’s private life.”

1. Anyone can tell that those are fakes, why is the company refraining from making comments?ㅋㅋㅋ

2. Isn’t she just sticking on some tattoos for her role?

3. If she wants to get them, just let her get them who cares. Seriously why would they have to explain everything? The journalist is quite funny

4. If those were real, it’s up to her to do them, no need to clarify

5. Stickers? What a relief… You can’t get tattoos if you’re an actor

6. There’s no benefits for actors to get this kind of tattoos

7. Wow she freaking suits them, looks like this is some spoilers for her character so that’s why they can’t comment on it?

9. Her feet are so pretty

10. Even actors with past tattoos had to get them removedㅋ What kidn of question is this? And why is the company saying no comment? This has to be some publicity for the movie