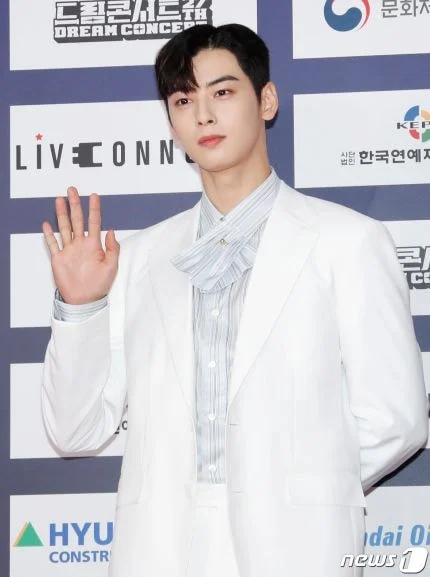 ASTRO’s Cha Eun Woo has been offered a role in the upcoming drama ‘Sweet and Sour Chicken’.

According to reports on August 26, Cha Eun Woo received an offer to appear in the 12-episode drama ‘Sweet and Sour Chicken’ based on the webtoon of the same name. His label Fantagio stated, “It’s one of the works proposed, but nothing has been decided yet.”

‘Sweet and Sour Chicken’ will be directed by ‘Extreme Job’, ‘Melo is My Nature’, and ‘Twenty’ director Lee Byung Hun.

1. You’re telling me that Cha Eunwoo will be playing in this??ㅋㅋㅋㅋㅋㅋㅋㅋㅋㅋㅋㅋ

2. Isn’t it the story where the female lead becomes a sweet and sour chicken?

3. The name of the story is sweet and sour chicken???? It’s somehow funny and cute ㅋㅋㅋㅋ

5. Are they talking about the webtoon ‘Sweet and Sour Chicken’? That webtoon is totally f*cked up and the lead is supposed to be f*cking uglyㅋㅋㅋㅋㅋㅋㅋㅋㅋㅋㅋㅋㅋ I’m curious now that Cha Eunwoo is in it

6. Hul… the Sweet and Sour Chicken I know..? The webtoon?? Daebak

7. So is he gonna have a similar role again? He’s always playing that chic city guy who doesn’t talk muchㅋㅋㅋㅋㅋㅋㅋㅋㅋ

8. Huh? I read all the webtoon and it’s not that the story is f*cked up, it’s just bad…

9. Hul Sweet and Sour Chicken???? Crazy, they are turning that into a drama??!ㅋㅋㅋㅋ f*ck, this is awesome

10. Cha Eunwoo always play such diversified characters in dramas so I’m looking forward to it ㅋㅋㅋㅋㅋㅋㅋ