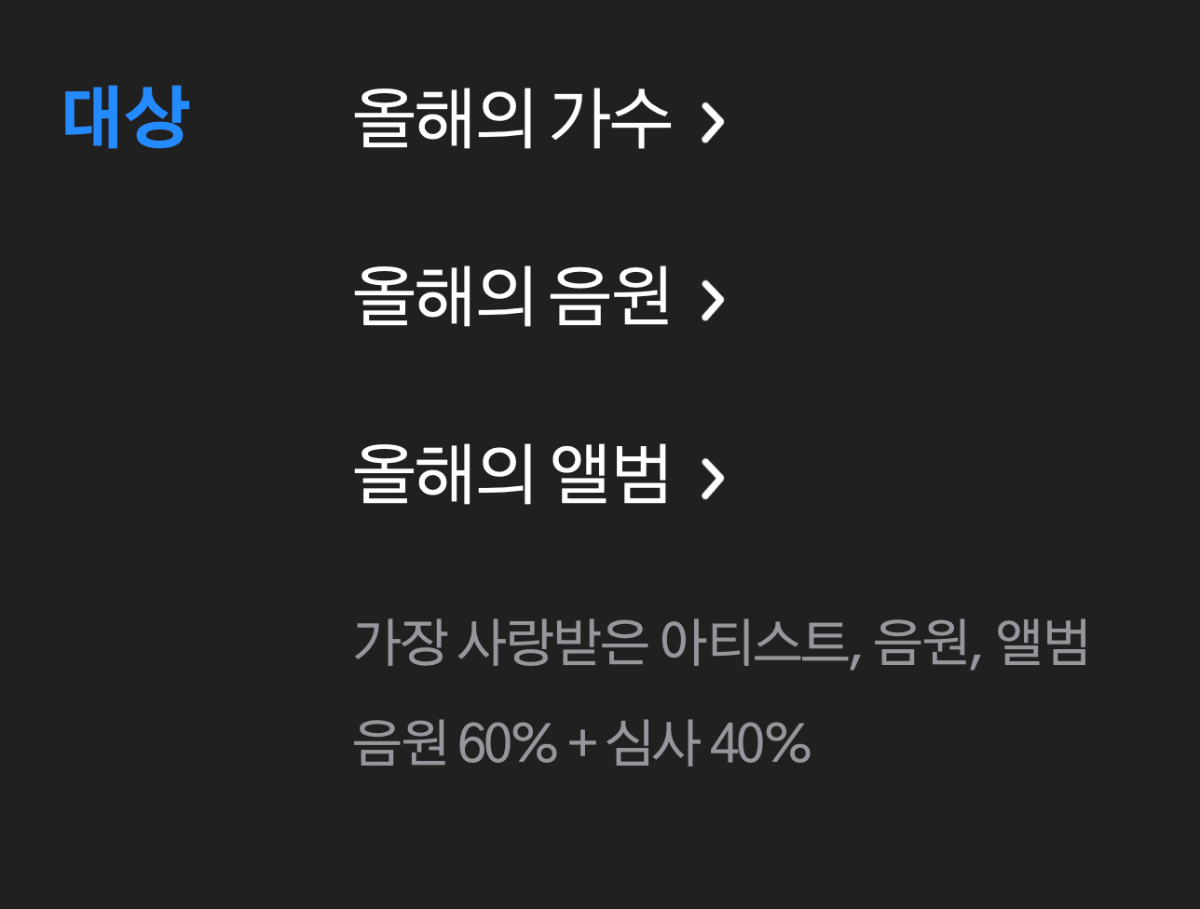 Artist of the year

Digital release of the year

Album of the year

1. So did the predictions mess up? 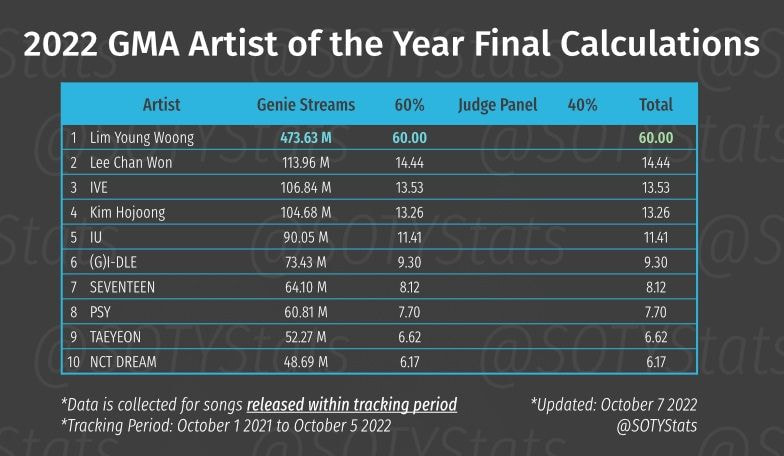 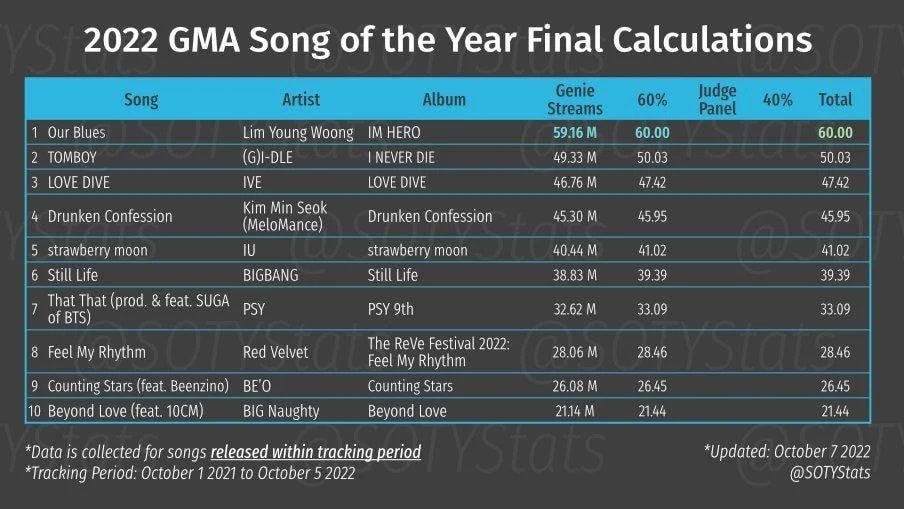 2. So you’re telling me the judges just gave it to SMㅋㅋㅋㅋㅋㅋ  Didn’t they give it to SM idols another year too?ㅋㅋㅋ

3. I can even less understand it looking at the criteria

4. But even with 40% judging, they couldn’t have received it

5. You think it makes sense they won when the digital score counted for 60%?

6. Seriously, just say that judging was 100%ㅋㅋㅋㅋㅋㅋ This is dumbfounding

7. Do you guys understand why NCT won after seeing this? Where did the 60% digital score went…

9. We get it it was all judges

10. The criteria is that they have to be from SM right? 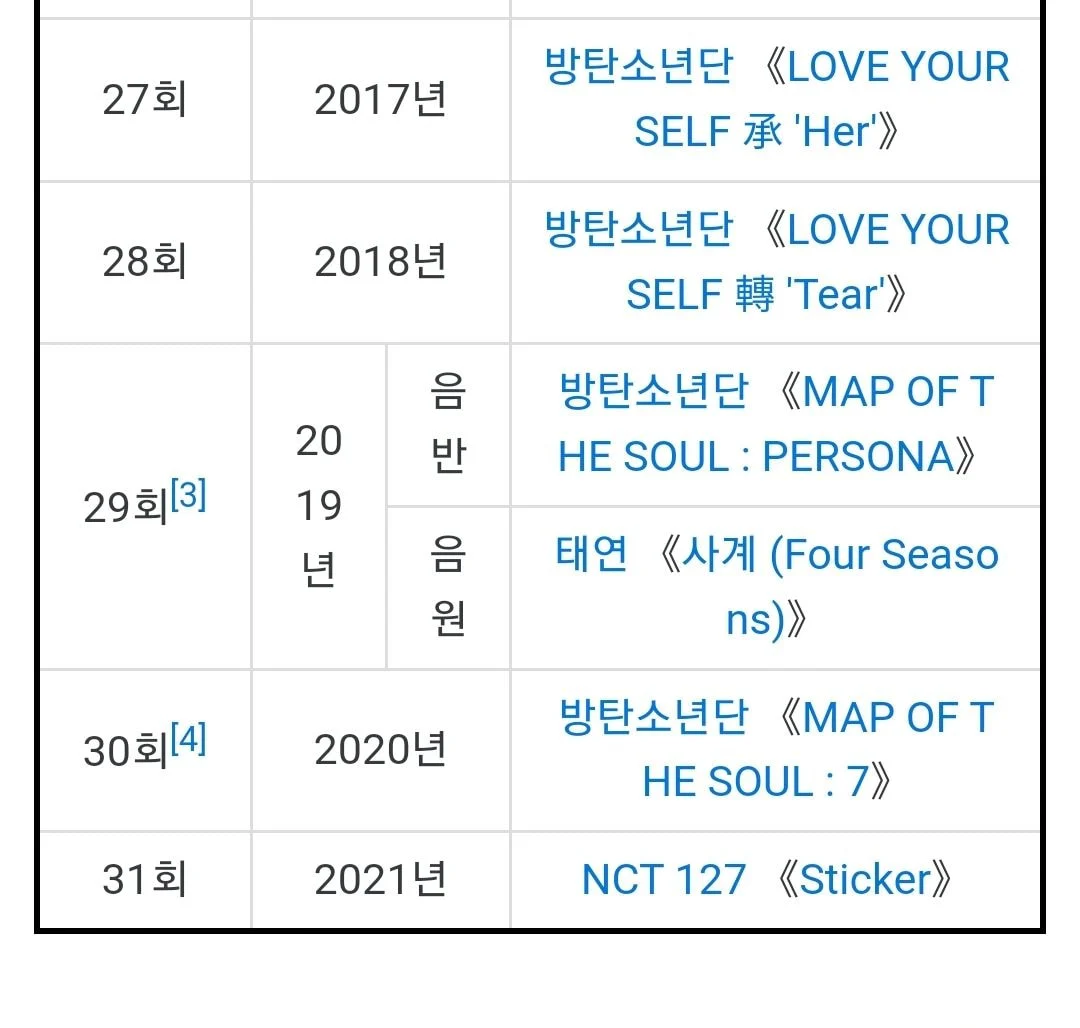 In 2019, they separated the daesang into a digital daesang and gave it to Taeyeon

Even during the day of the award show, they were still promoting their show as the show with a single Daesang

Then the next year, they conveniently erases the existence of the digital daesang completely

This was a major award show and for the first time in history, an artist with no songs that entered the yearly music chart won and now in 2022, Genie Music Award gave the artist of the year to NCT DREAM

As expected, the judges removed points from Im Youngwoong to give it to them

3. Meanwhile, they’re not giving the daesang to groups that make sense like SHINee or Red Velvet? Even Aespa’s songs did well but it would’ve been a bit random too

4. There’s logically no way that the judges would lower the points for BTS and Im Youngwoong, so this has to be rigged

5. Every year, they lower the points for other artists just to give themselves the daesang

6. Who even acknowledge their daesang;;

8. This is both funny and embarrassingㅠ ..

10. Look at that lineup f*ck ㅋㅋㅋㅋㅋㅋㅋ