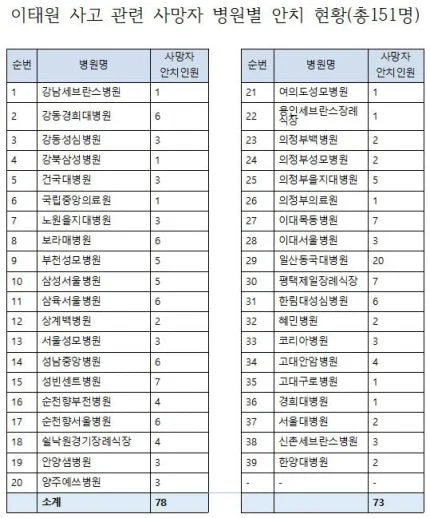 (graph showing the number of people pronounced dead per hospital)

2. Just performing CPR on one person, you could’ve freed up one spot at the emergency

3. Rest in peace… Those are humans, I feel so bad

4. I was shocked hearing 50 people died yesterday, how did it increase tht much…. This is just horrific and sad

5. Hul they went all the way to Ilsan… How in the world…

6. How can life be lived so vainlyㅠㅠ….

7. If there are people who were parents of missing persons, wouldn’t they have to go aroud at least a dozen of hospitals ㅜ Seriously I can’t even express the pain

8. Dongguk Hospital is in my neighborhood and it’s so far away from Itaewon…. How did they come all the way thereㅠㅠ

10. I still can’t believe that such thing happened ㅠㅠㅠㅠ Rest in peace 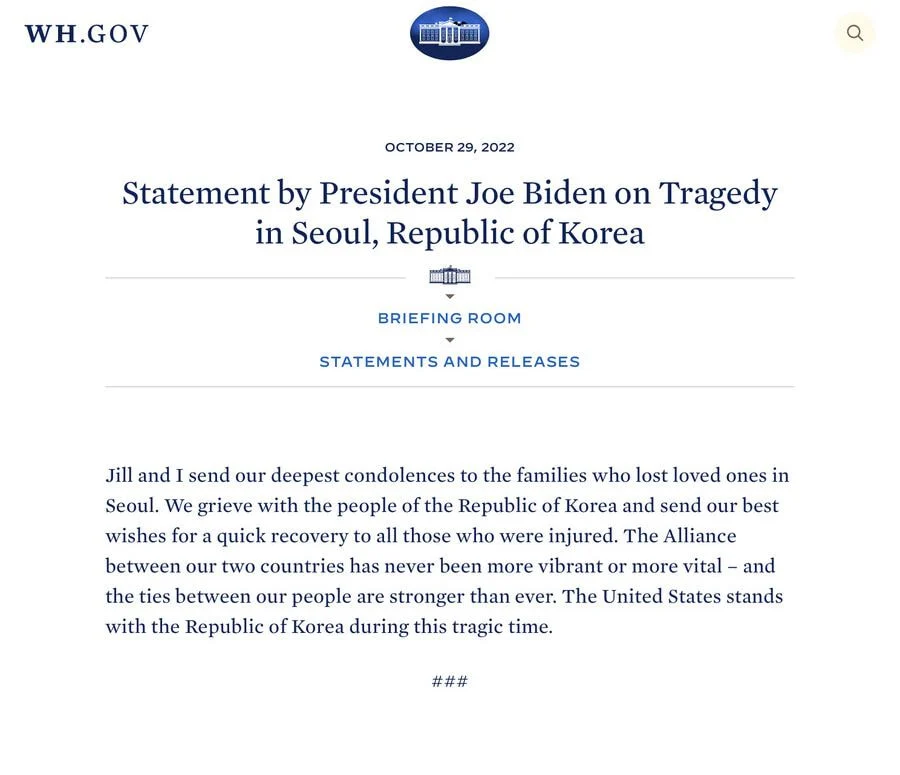 1. Better than our country’s president. He couldn’t even stand in front of the incident, all he did was shut up

2. I’m thankful that he even said something…

3. Looks like even overseas, they’re viewing it as a severe tradegy

4. I got comforted reading Biden’s briefing

5. This made me realize the scale of the accident sigh…

6. If this happened in the US, a huge lawsuit would’ve ensued..

7. I’m getting comforted by another country’s president….

8. This was a country’s embarrassment… Meanwhile in the middle of Seoul..ㅋㅋㅋ We’re not talking a simple forest fire, These are people who were enjoying Halloween, what is this… Most of the victims were in their 20s too

9. It’s just a fact that what he did was better than our country’s president

10. Sigh f*ck why are people fighting about politics here?