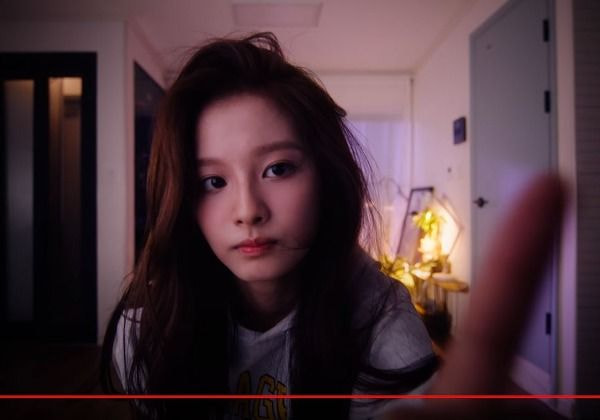 original post: here
1. Is she a gyopo?
2. Tzuyu lookalike
3. Is she a visual member….? Her skills are more lame than I expected, I was taken aback
4. She looks like a foreigner, she’s pretty
5. Ah but her singing…Is so…. She looks like she’s just singing like whatever in her room… It looks way too unfiltered… They could’ve at least edited this a bit
6. No but Jinni’s video was well-done but this one…Why…
7. She’s pretty but her skills are…ㅠㅠ  If they’re going to be this raw about it, they’re rather showing how both her singing and dancing are lacking
8. If this is really live, I think it was fine?
9. She reminds me of Sana so much ㅋㅋㅋㅋ
10. She sings well… She doesn’t even have a mic, at this rate, her voice is goodㅋㅋㅋ
11. No but she’s pretty but her skills…. Looks like JYP’s singing skills is really half sound half air
12. It looks like they filmed her raw like that purposefully to create some aura but it was so disappointing. Although her visuals are good…
13. Her skills are nothing impressive, it makes me wonder why they really wanted to choose this clip to reveal her. Her face is pretty though
14. It just looks like she’s singing whatever in her room…ㅠ Even the voice and the background..ㅠㅠ If JYP wasn’t written on it, I would’ve thought this was some commoner’s videoㅠ
15. This wasn’t that bad…? She was singing live and she was singing while dancing at the same time; how much better do you want her to be?