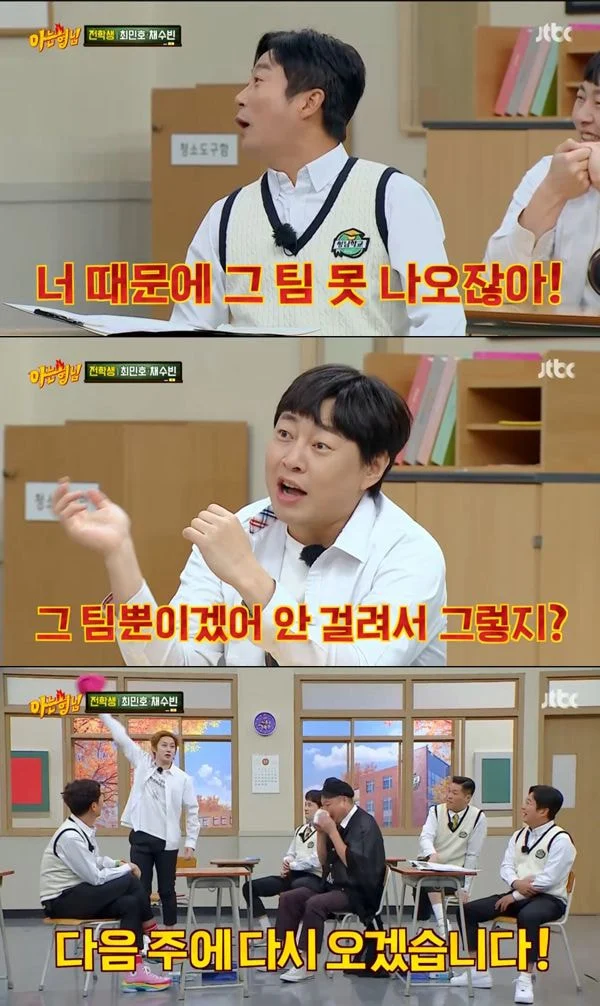 “Lee Soogeun: Because of you, that team won’t appear!

Lee Jin Ho: Do you think that it’s only that group? It’s only because he hasn’t gotten caught (with other groups)

Heechul: I’ll come back next week!”

On this day, the members of Knowing Brothers talked about whether it is possible to be friends with an ex-lover in relation to the drama ‘The Fabulous’.

When asked about Kim Heechul’s opinion, he refused to answer, saying, “Am I not a supporting lead in comparison to Seo Janghoon?” In response, Lee Soogeun added angrily “Because of you, that team won’t appear. Don’t you know how much I miss them?” Lee Jin Ho also helped out and said, “Do you think that it’s only that group? It’s only because he hasn’t gotten caught.”  Kim Heechul got embarrassed and said, “I’ll come back next week,” and ended in a hurry.

1. I seriously hate them

2. These men have been through divorces and separations but when others mention it, they will get f*cking angryㅋㅋㅋㅋㅋㅋㅋ

4. Why didn’t the editors edit that out?

5. If you were a Twice fan, you would continuously pray that your bias won’t ever appear ont hat show again. What a way to ruin the mood..

6. They have zero respect. If they really respected their guests, they would never say such thing. The PDs are the same

7. They are broadcasting it just like that without editing anything out once again

9. Seriously, this will solidly tail him around all his life

10. How can a big sunbae like him act like this? He’s someone who should know about all the etiquette in this industry