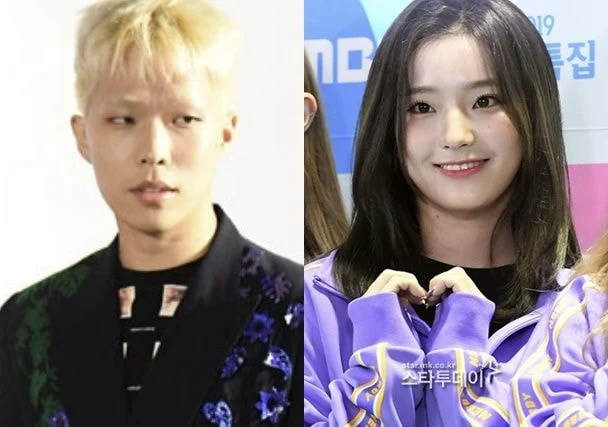 AKMU’s Lee Chanhyuk and fromis_9’s Lee Saerom have been swept up in dating rumors.

An individual recently wrote on an online community claiming that Lee Chanhyuk and Lee Saerom recently visited a workshop owned by the individual’s acquaintance together. Netizens also pointed out similar jewelry and photos taken at the same location.

In response to the rumors, AKMU’s agency YG Entertainment briefly commented, “It is difficult to check as it is the artist’s private matter.”

1. Was it necessary for them to clarify? Nobody would’ve believed it if they didn’t say anything

2. There are this many articles about it already, they’re actually feeding in the troll

– LCH and LSR’s relationship broke out

– “I want to get married” AKMU LCH, LSR dating ‘no position’

3. Please don’t drag out Chanhyukie. Ha this is so dumbfounding, comparing who and who is dating is just disillusioned

4. This time, it’s not Sojang… There are already another male community who revealed several times that there were witnesses of them together, Sojang just reported about it

6. I didn’t even know there were dating rumors… Should’ve just stayed quiet

7. Chanhyuk is dragging even more trolls in because he said he wanted to get married on I Live Along..ㅠㅠ

8. Wow but if there were already talks about them dating since last year, it must be true

9. Every time YG decides to release a statement every time, it always backfires… How is a company treating rumors like that?

10. If this wasn’t true, the female side would’ve spoken about it first

12. He was singing about how he wanted to get married…

13. Should’ve just not said anything, the female idol’s side is better for staying quiet… If you’re going to talk, all the comments will be about how no comment means acknowledgementㅠ… Please think about the female counterpart

14. This is YG’s way of aknowledging

15. Only the woman will get hate