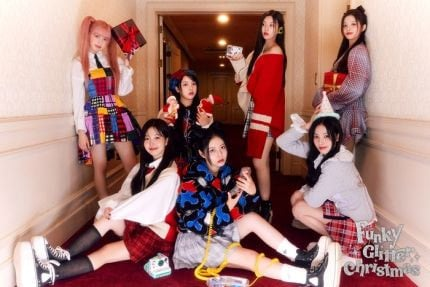 Hello, this is JYP Entertainment.

Jinni, who has been a member of NMIXX up until now, will be leaving the group due to personal circumstances, and her exclusive contract has been terminated.

We apologize for giving many fans cause for concern with this sudden news.

As a result, we are letting you know that NMIXX will be carrying out all of their future scheduled activities as a six-member group.

We ask that you give lots of encouragement to Jinni, who will be walking a new path, and we also ask that NSWER [NMIXX’s fans] give their warm support to the six members who will continue to grow and race towards their dreams.

Once again, we apologize to the fans who have given [NMIXX] so much support.

1, Hul… I used to think that she was the prettiest in the group and kept an eye

2. It was so sudden ㅠ wasn’t she NMIXX’s representative member in Change Up no…? I used to think that she was such a symbolic member..

3. Crazy… Jinni was who made me became a fan of NMIXX and she’s even my bias now.. ha…

4. Hul I found Jinni so pretty thoughㅠㅠㅠㅠ Her Change Up part was so impactful and she was a symbolic member of NMIXXㅠㅠㅠㅠ why…ㅠㅠ

6. Seince she’s leaving the group and that they claim that it was due to ‘personal circumstances’, of course people will make up a bunch of assumptions. Isn’t her company supposed to try to minimize the negative repercussions?

7. Jinni was so likable thoughㅠㅠ what a shame

8. I thought that this was a troll post but it’s real…?

10. I don’t know what’s happening but I hope that it’s not something too bad. I hope that she lives a good life from now one. I liked her because she looked so kind and pretty