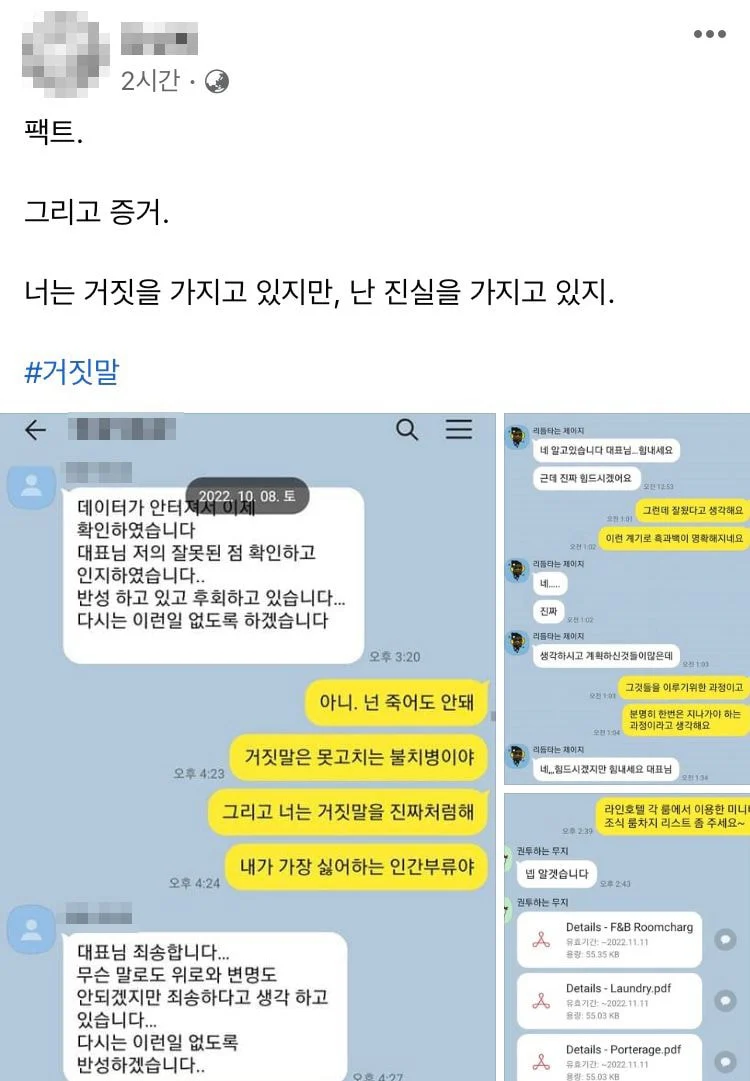 You have the lies, but I have the truth 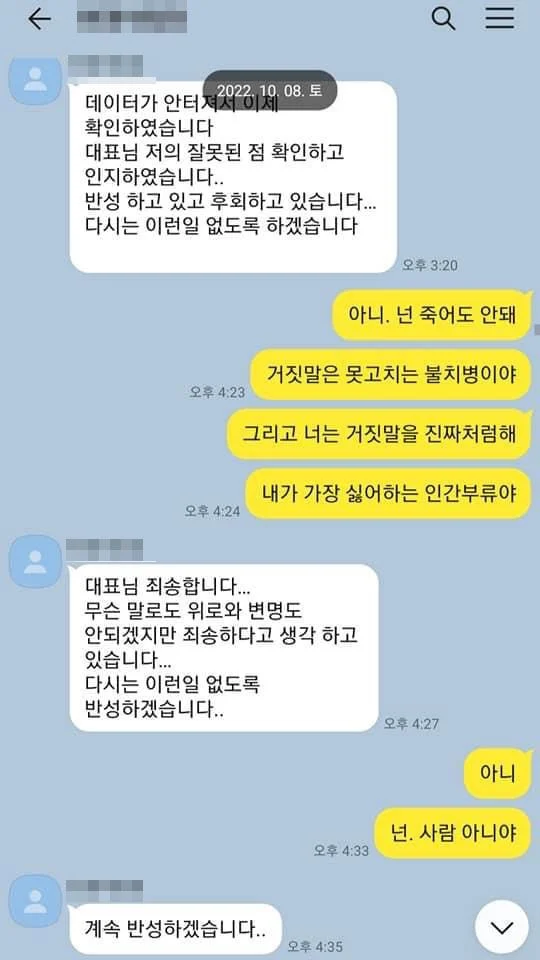 O: I couldn’t open my data so I was only able to confirm it now. CEO nim we acknowledge our mistakes and recognize them..

We are reflecting and we regret it…

– And you also lie as if you were telling the truth

– That’s the human class I hate the most

I know that whatever I say won’t comfort you nor change anything, but I’m feeling so apologetic…

I will reflect so that incidents like these won’t happen again.

O: I will keep reflecting… – But it must be really tough

X: Despite that, I still think it was a good thing

– Thanks to this opportunity, I’m clearly about to see what is black and white.

– You have thought through it so much and planned so much

X: Those are just the processes to achieve [the goal]

S: Yes… You must be having a hard time, but find strength CEO nim 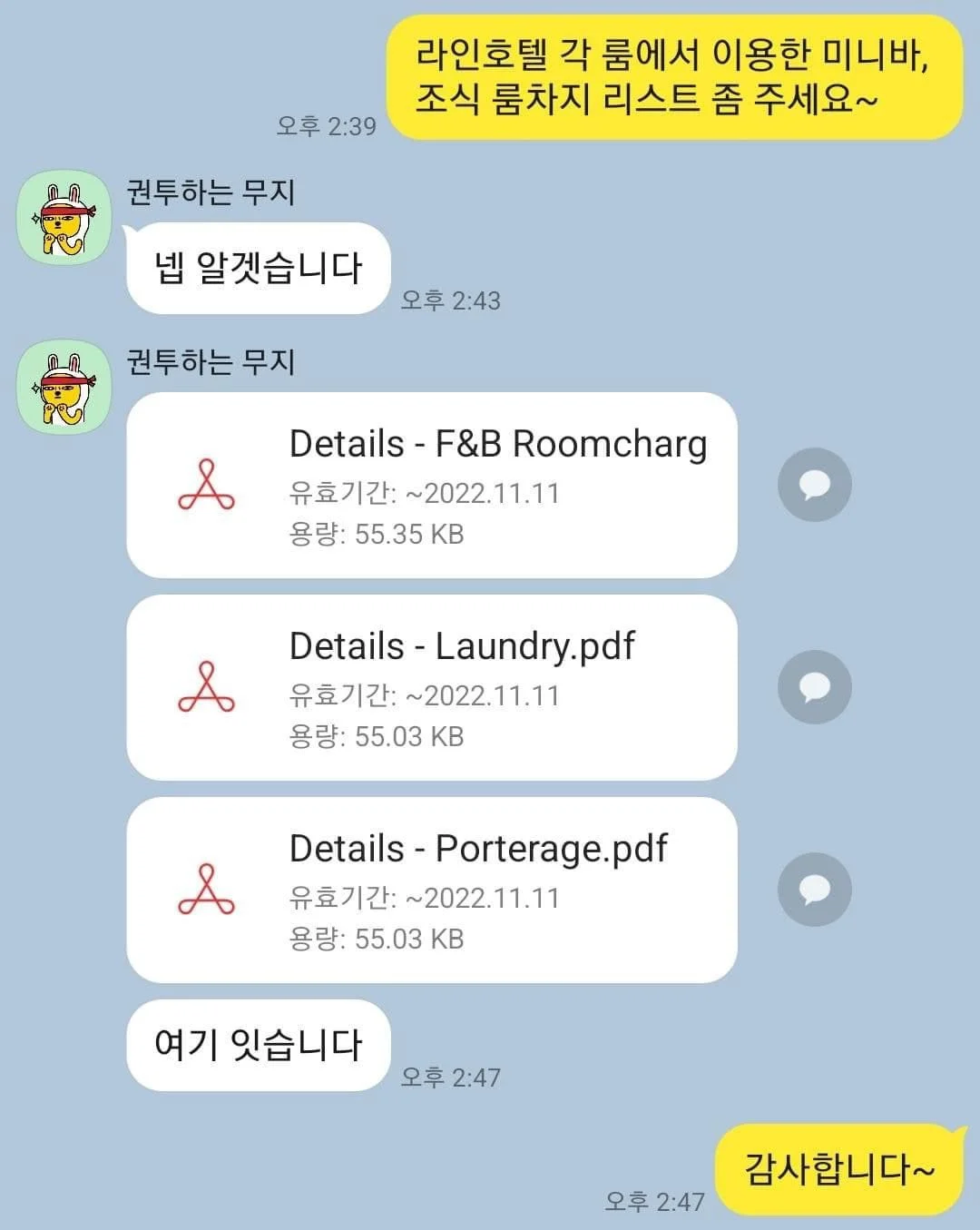 X: Please send me the room charges including the mini bar and the food from each room at the Line Hotel~

Looks like the CEO thought that this proves her innocence.

2. Looks like she released this trying to make herself look like she was victim of all of this and that she’s getting sworn at unfairly. What a comedy

4. Just what kind of life is she living?

7. She decided to reveal this herself?

9. At this rate, she’s the one who needs to go to the hospital

10. Aigo the members must be having a hard time ㅠ