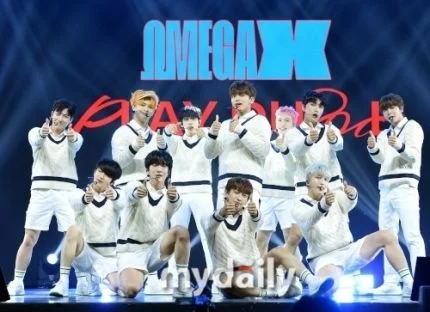 On October 23, one of OMEGA X’s fans claimed on Twitter that they had seen the CEO of the group’s agency hitting the members after their concert in Los Angeles. The fan also posted an audio recording of the agency’s CEO yelling at and purportedly hitting the group.

As the allegations began to draw attention online, fans pointed out that a different individual had told a somewhat similar story on Twitter earlier this month, when she alleged that her mother had seen a woman verbally abusing members of OMEGA X in Chile. (You can read both accounts in full here.)

After initially stating that they were in the process of “checking the facts,” OMEGA X’s agency SPIRE Entertainment went on to release an official statement responding to the claims on October 24.

This is SPIRE Entertainment, the agency of boy group OMEGA X.

First, we bow our heads in deep apology for having caused concern through this unpleasant news. OMEGA X wrapped up their first world tour “CONNECT : Don’t give up” with their LA concert in the United States on October 22 (local time). The incident that has caused a controversy after being revealed on social media occurred after a meal that took place after the end of [OMEGA X’s] tour, which started on September 16 in Mexico’s Guadalajara and lasted over a month until their LA concert in the United States.

At the time, having completed the tour, the OMEGA X members and the agency were talking about how hard they had respectively worked up until then, in order to make plans for the future. In the process, they wound up airing their grievances against one another, and as they became worked up due to their emotions, they began raising their voices. The conversation continued even after the meal, but by continuing their discussions, the members and the agency have currently resolved all their misunderstandings, and they ended the conversation by saying that they wanted to move forward while being considerate of each other.

The past month, during which OMEGA X and the agency went on tour, and during which we personally met and communicated with the fans who love us, was a deeply meaningful time that can never be replaced. Everyone worked hard together with the same goal in order to keep our promise to our fans, and we bow our heads in apology for ending it on a bad note.

Once again, our agency would like to take this opportunity to thank the fans who give this much love to OMEGA X. Just as their group’s name bears the meaning “From the first time we meet our fans to the final moment in which we achieve our dreams, we will realize a wide array of values,” our agency will protect the values created by OMEGA X and their fans up until the very end.

Once again, we apologize for having given you cause for concern.”

1. If only the CEO was being “considerate”, this wouldn’t have happenedㅋㅋㅋ The company’s kids are pitiful

2. Who will believe this? I’m laughing at how dumbfounding this is. Seriously, isn’t the oldest member Jaehan? Shouldn’t he be enlisting soon?..

3. Stop luring these kids with their dreams just to trap them with contracts and power tripping them

4. They are only apologizing now? They’ve probably been acting like this for a while for things to explode like this. I don’t believe one word they are saying

5. They are acting like this in our backs so who can believe them?…

6. The kids are so pitiful…

7. Who will believe this?

8. They must be tormenting them even more in secret ㅠㅠ

9. What “misunderstanding”? They should apologize to the kids. Are they crazy?

10. From the wording of their statement, they are taking 0 accountability 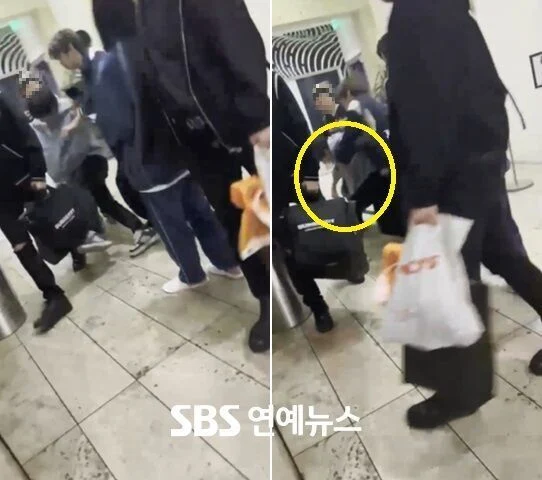 SBS has released video relating to the abuse allegations made against the CEO of boy group OMEGA X.

As previously reported, some members of the group OMEGA X were reportedly assaulted and abused by their agency’s CEO (identified by SBS as ‘Kang’) after finishing a concert in Los Angeles, the last city of their world tour, on October 22.

After finishing a post-performance dinner, Kang said to the OMEGA X members, “Why do you think XXs like you deserve to be loved by people? XXs who don’t know what it means to be loved are loved. I know how XXing calculated you are.” 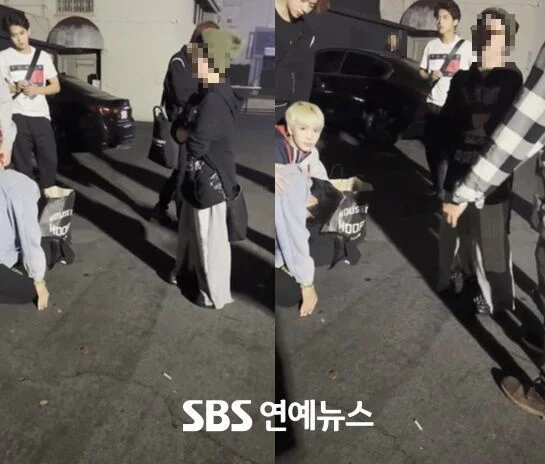 When Taedong tried to move Jaehan, Kang shouted, “You all did this to me. When I was having such a hard time, did you take care of me?” Taedong defended by saying, “He’s on the verge of collapsing.” As he protested, Kang said, “I’ve already collapsed.” They then pulled Jaehan’s collar and knocked him down on the ground. He is then seen weeping as he rises back to his feet.

SBS contacted Kang for a telephoned statement, where they denied the allegations of abuse, saying, “I never yelled at the members nor did I assault them. […] Both Jaehan and I collapsed. I was really sad, so I asked, ‘Did you guys protect me? Did you protect me when I was having such a hard time?'” This is a new statement on top of Spire Entertainment’s company-wide statement regarding the allegations.

Meanwhile, OMEGA X recently finished their tour through the Americas. However, the company canceled their return flight, and they are currently staying in the United States

1. Please let go of these singers, this is so sadㅠㅠ

2. Even hearing the modified voices, it’s still so scary. There’s even a video and hearing the shouting is just too scary ㅠㅠ It’s like a shout of the devil

3. They are acting like this publicly so imagine what they do behind closed doors

4. Ugh this is so sad ㅠㅠㅠㅠㅠ Is this the level of a CEO gathering kids who just want to succeed? She’s really the final boss when it comes to power trip… if the CEO acts like this, is there even anyone in the company who will take care of the kids?…

5. Haㅋㅋㅋㅋㅋㅋㅋㅋ are they crazy?… a CEO should be protecting their idols and managing their company. Why is she the one saying that he’s the one not being taken care of? F*ck, seriously, she’s a crazy f*cker

6. Is she crazy?.. F*ck, if their parents saw the video, they will collapseㅠㅠ

7. Is she a crazy bast*rd?… Is there no way we can help these members?

8. This is ridiculous. The way this CEO talks makes no sense. Why should idols be the ones taking care of the CEO? They are not his kids that should be supporting him as their parent either. And she’s treating them so badly on top of that

9. Their parents will faint if they saw this… Even as a stranger watching this, I feel so bad

10. The video is just so shocking… seriously, is there no way to help them?

11. The CEO is called Hwang Sung Woo and he’s a man. The person in the video is allegedly his wife