Search
[Pann] PICTURE OF ITAEWON RIGHT BEFORE THE CRUSHING ACCIDENT 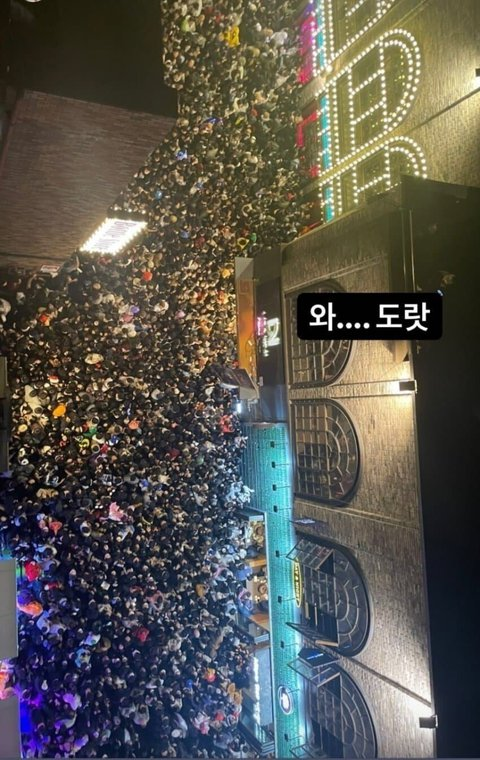 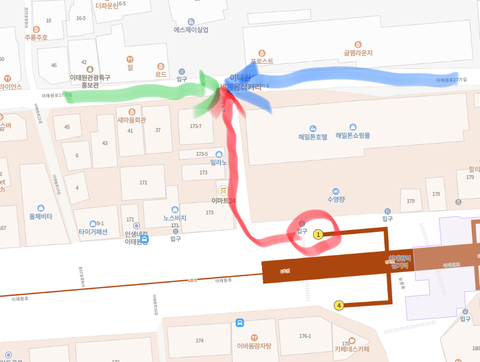 They were shouting ‘s*x on the beach’ next to the ambulance when it was coming and dancing…. Just what the hell is this? Is this really Korea?

Nobody thought when they were entering that area “Yah, if we go in, we’ll die, let’s go home”? Seriously that’s sad

I often go to Itaewon, so I know that area right, that alley is seriously so narrow, even with 10 people gathered there, it’s already impossible to cross… I hope no more lives are lost there…ㅜㅜ

Wow that’s such a narrow alley

This is freaking severe, right now the death count is raising 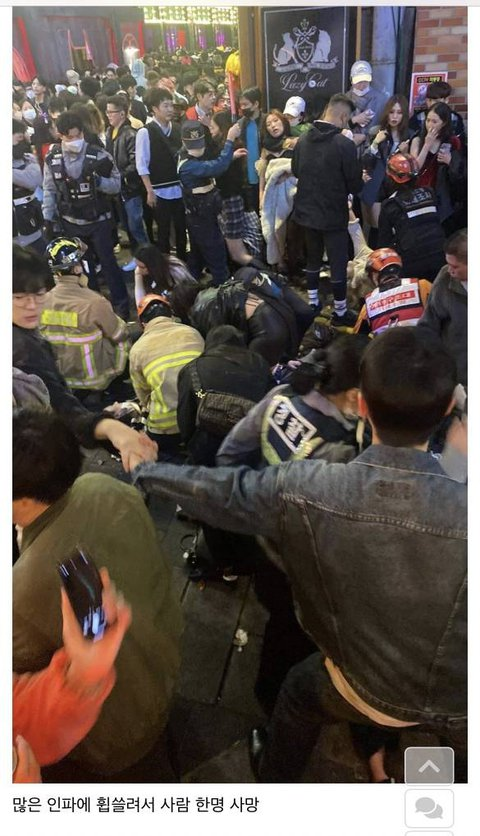 “There were so many people swept by the crowd. One person died”

It’s not time for us to swear at China 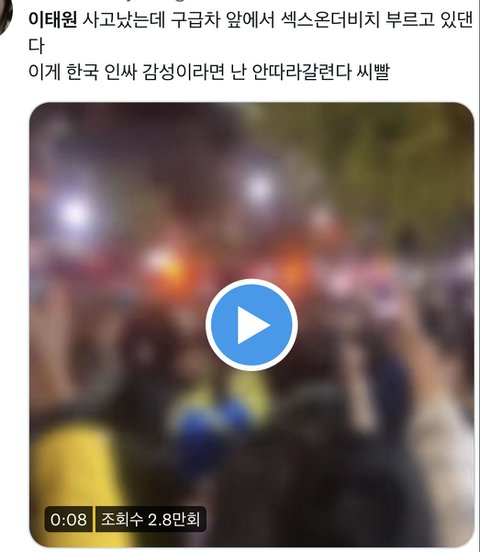 “Itaewon had a huge accident and they were signing s*x on the beach in front of the ambulance. This is the vibe of Korean inssas (t/n: cool popular kids), I’m not following them f*ck”

Imagine dying when you’re there to hang out…. I feel for the parents

They said 50 people went on cardiac arrest… No but does it make sense that this is the present age;;

This was the situation, people at the top of the valley were pushing through and the people at the bottom of the valley were all trampled down. There was someone on Twitter who said they were trampled and said that it wasn’t because of drugs or because there was a celebrity passing by or not. It was bad to the point where they were crushed so badly that they couldn’t mode any part of their body 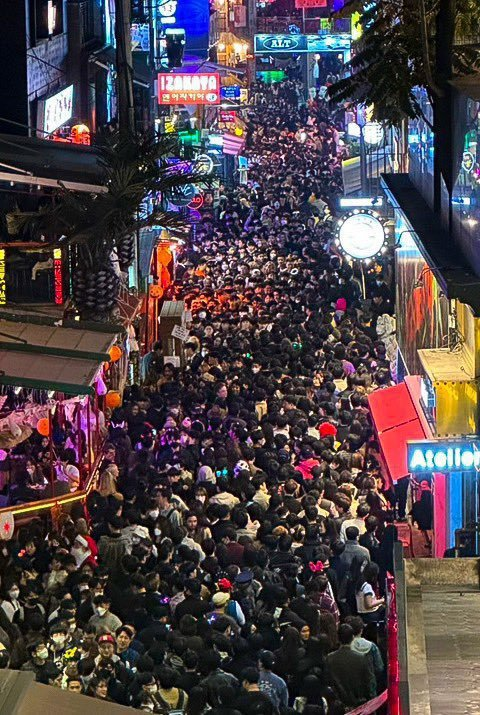 [theqoo] VIDEO OF SOMEONE SEEKING CPR PERSONNEL AT ITAEWON

1. Even if you know how to do it, you can easily freeze in situations like that… He’s amazing

2. This made me cry, I realized today that I need to learn how to do CPR today, but will I be able to mobilize myself in situations like theseㅠㅠㅠㅠ

3. The people who jumped in to help are amazing

4. Those are courageous people…. Please just save one more person

5. I know whenever situations like that happen, you can easily blame citizens, but it’s also the citizens who will mobilize themselves first to help in these moments. Thank you for mobilizing ㅜㅜ

6. Why would you choose to die like thatㅠㅠㅠㅠㅠ Ah this situation is upsetting to deathㅠㅠㅠㅠㅠㅠㅠㅠㅠ Ah I’m so upsetㅠㅠㅠㅜㅜ

7. I need to learn CPR… I’ll be able to help in situations like that …

“They’re really singing s*x on the beach when the ambulance is coming, those aren’t humans… ㄷㄷ How can you be like that?? That’s just barbaric”

1. Nowadays, so many people have just lost it…. It’s hopeless

3. Are they nuts? Are those f*ckers part of some cult?

4. This is just disillusioned f*ck

6. They’ve given up being humans. How can you do that?

7. Are they really in their 20s like me????? How can they act like that? This is the results of the FmKorea and Ilbe culture….

[theqoo] MBC NEWS JUST ANNOUNCED THAT 50 PEOPLE ARE IN CARDIAC ARREST, A CELEBRITY ALSO VISITED A NEARBY PLACE SO PEOPLE ALL GATHERED AROUND

The title is just as it was.

A citizen gave an interview and mentioned that

21 people transferred to the cardiac center

1. But they aren’t gathered there to see the celebrity, they were just there because the crowd was already there. they started pushing each other because of the narrow path, stop blaming it on the celebrity

2. This has nothing to do with the celebrity, there were already a ton of peolpe there

3. I bet the journalist went ~Let’s put all the blame on the celebrity, this is it~

4. While the news are finding someone to blame, we should refrain from doing that

5. The citizen who gave that interview must be weird

7. Huh? This has nothing to do with the celebrity