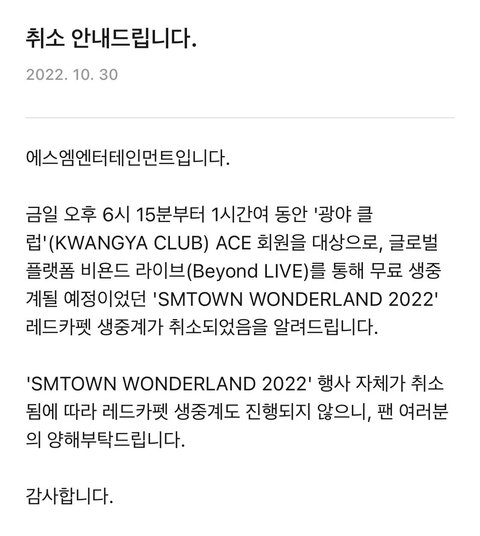 “This is SM Entertainment.

We are informing you that the live broadcast of the “SMTOWN WONDERLAND 2022” red carpet, which was scheduled to be streamed live for free today for KWANGYA CLUB ACE members on the global platform Beyond LIVE for approximately one hour starting from 6:15 p.m., has been cancelled.

Because the “SMTOWN WONDERLAND 2022” event itself has been cancelled, there will be no livestream of the red carpet either. We ask for fans’ understanding.

I knew they’d cancel it but I didn’t know they would be releasing a statement at 4 AM. They did well

They did the right thing… SM seems to always be cancelling things when national events occur. I didn’t know that they would cancel it at 4 AM but it’s good that they handled this quickly

If SM bans their artists from going on Bubble today, I really hope that they won’t mention the word “Halloween” either. I’m seriously pleading 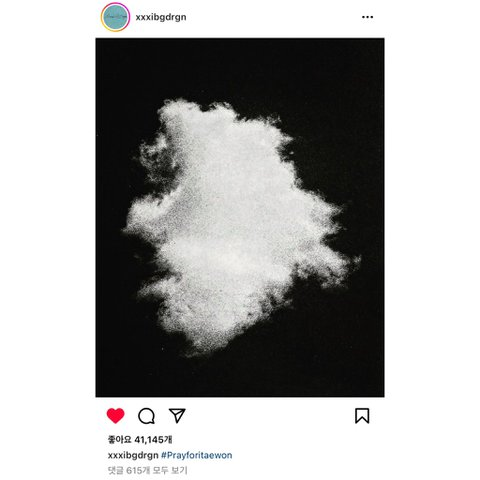 “I pray for the well-being of the deceased and express my deepest condolences to the bereaved family. I also wish the injured a speedy recovery.”

What’s up with the kids downvoting this?

When he was doing his interview for Nike x Peaceminusone, he didn’t know if he had the COVID blues and still wished everyone to be happy and he seemed to be close to tears. I wish that nobody gets PTSD from this event

[theqoo] FOREIGNER WHO CLIMBED UP A SIGN DURING THE ITAEWON INCIDENT

At first, people around thought he was an attention seeker..

2. I watched the video and I felt so badㅜ A part of the crowd didn’t sense the severity of the situation and kept on cheering for him and took picures..ㅠㅠㅠㅠㅠㅠ

3. Whether there was a chance that the sign fell or not, it’s way more important that he survived… People were climbing to save their lives

5. Why are people here talking about what if the sign fell on the people below? Do you think that the sign was stuck on with a glue stick and it wouldn’t support an adult man climbing on it?

7. He’s acting like that to save his life, let’s not criticize his actions

8. If you’re trying to save your own life, it can’t be helped

9. I’m relieved that he was able to save himself

10. Why are people criticizing someone trying to save his life? You guys are debating about whether the sign would fall or not as if it really happened

(T/N: the way he said “you’re telling me that many people died here?” kinda sounds like he’s just casually talking about it. It seems like he’s making light of the situation and sounds like he doesn’t have empathy.)

1. Seriously, I didn’t even vote for him but why am I so mad? I feel like I’ve been wronged

2. It’s like he’s talking about some 3rd parties from other countries. This is seriously shocking

4. I wasn’t expecting much from him but please just screw off

6. Ugh this infuriates me.. Crazy

7. Is he really Korea’s president and not a president from another country? Seriously, this is horrible

8. Is he just here to visit as a tourist?

9. No but why does he sound like a f*cking tourist?

12. How can he say it like this? I’m getting goosebumps… 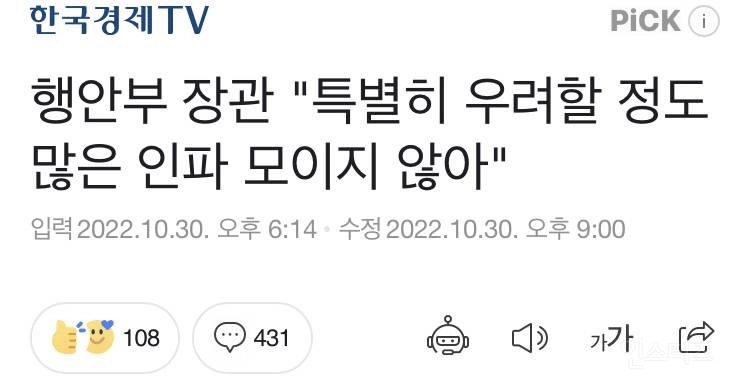 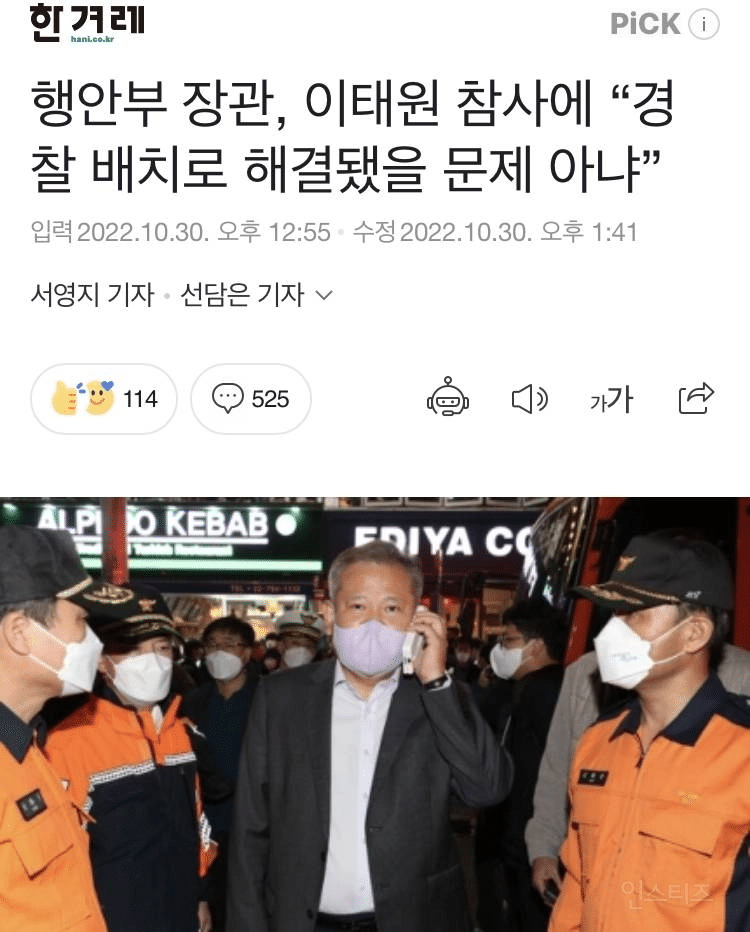 Ministry of Public Administration and Security, Itaewon Disaster: “It’s not a problem that could have been solved by the deployment of police”

“There is a responsibility on the part of the authorities to be monitoring crowd volume in real time, so they can sense the need to get people out,” Kayyem said.

1, This is an issue with our government and the administration… why are they always avoiding taking responsibility?

3. It takes one moment to ruin the country

8. Our country went to ruins in just 6 months..

10. Even if you screw off the rich, they can still last 3 more years. But it takes one instant to screw over the country