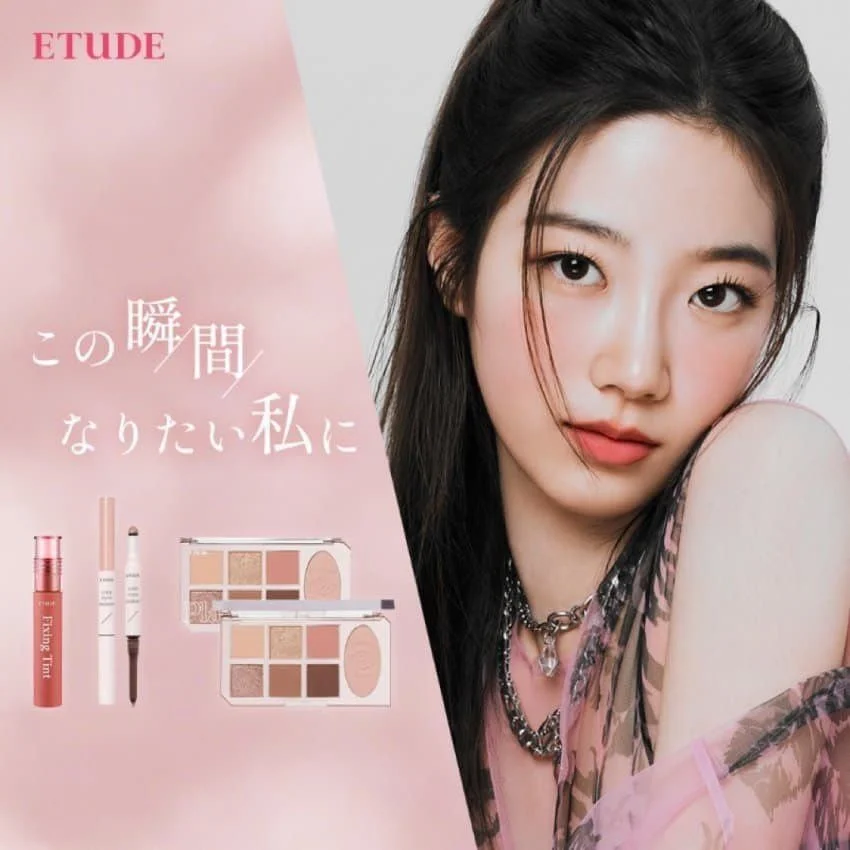 1. I think that Kazuha would look better in skintone makeup rather than those super colorful ones

4. Hul I thought that they picked a pretty picture though???

5. She’s pretty but it doesn’t look like she matches the colors of Etude. Doesn’t Etude have a “pure love” foundation line?? I think that Kazuha would’ve fit that one perfectly. I hope that Etude pushes that line too

7. Kazuha is pretty but she doesn’t match Etude

9. I think that Sakura and Eunchae give more of the Etude vibe but the picture is pretty

10. I’m a fan of another group but I just don’t think that Huh Yunjin would match this either. Why are so many people talking about her here

11. Kim Chaewon is refreshing so she would’ve matched this better

12. Zuha has that clear and innocent image… She would’ve matched a skincare line better ㅠㅠ