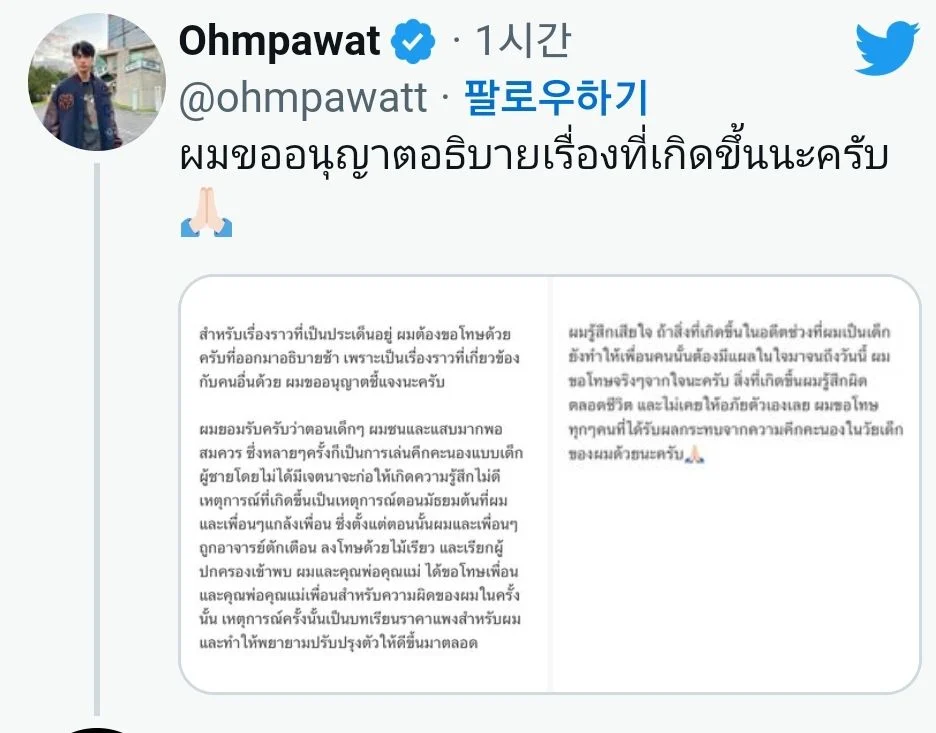 Thanks to The Glory’s influence, right now, the school violence allegations are coming out one after the other. One celebrity even released an apology.

“When these videos will be out, we’ll get Thai The Glory”

I tried using a translator but it’s a but awkward 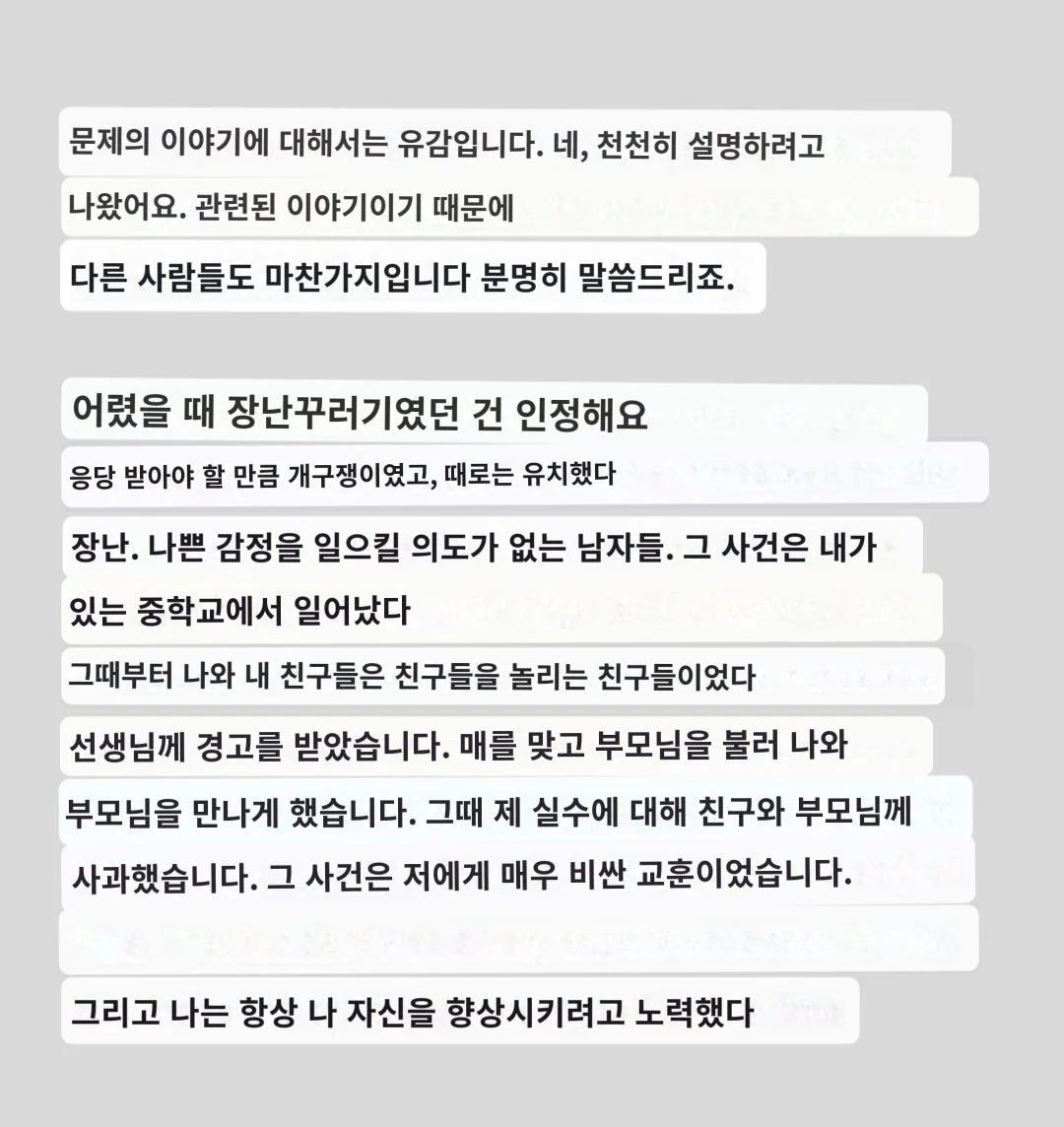 (t/n: paraphrased, please provide more info in the comments if you have!)

– It’s unfortunate that I have to address this issue, I’ll try to explain it throroughly.

– At that time I used to be in midle school, I was mocking fellow students with my friends

– I even received a warning from the teacher. I got beaten up and my parents were called

– This incident taught me to learn it the hard way 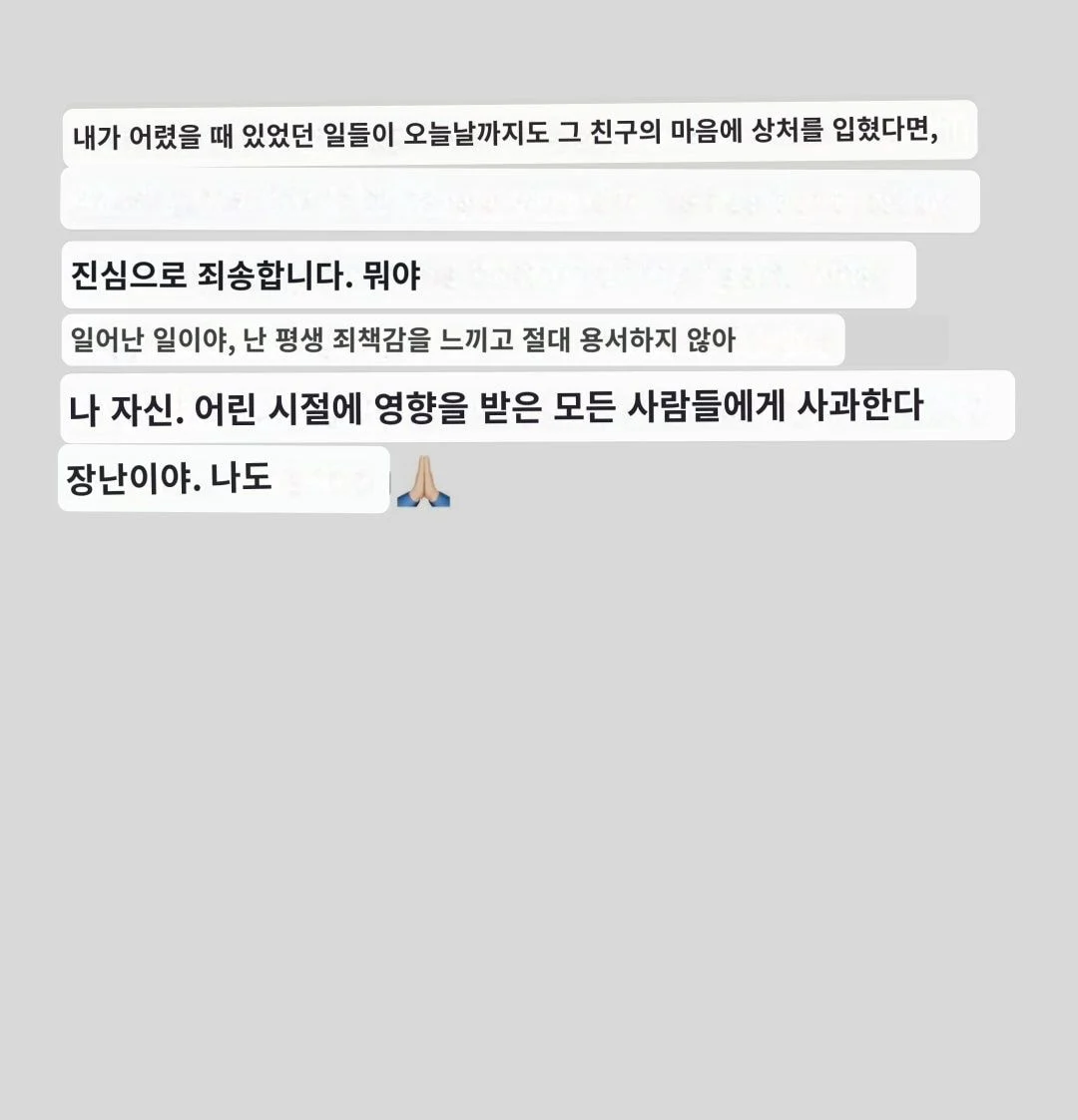 – If what happened in the past still lingers as a bad feeling to the students even now, I’m apologizing deeply

– I’m apologizing to everyone I mocked when I was young

The last part sounds a bit funny so I translated it another time: 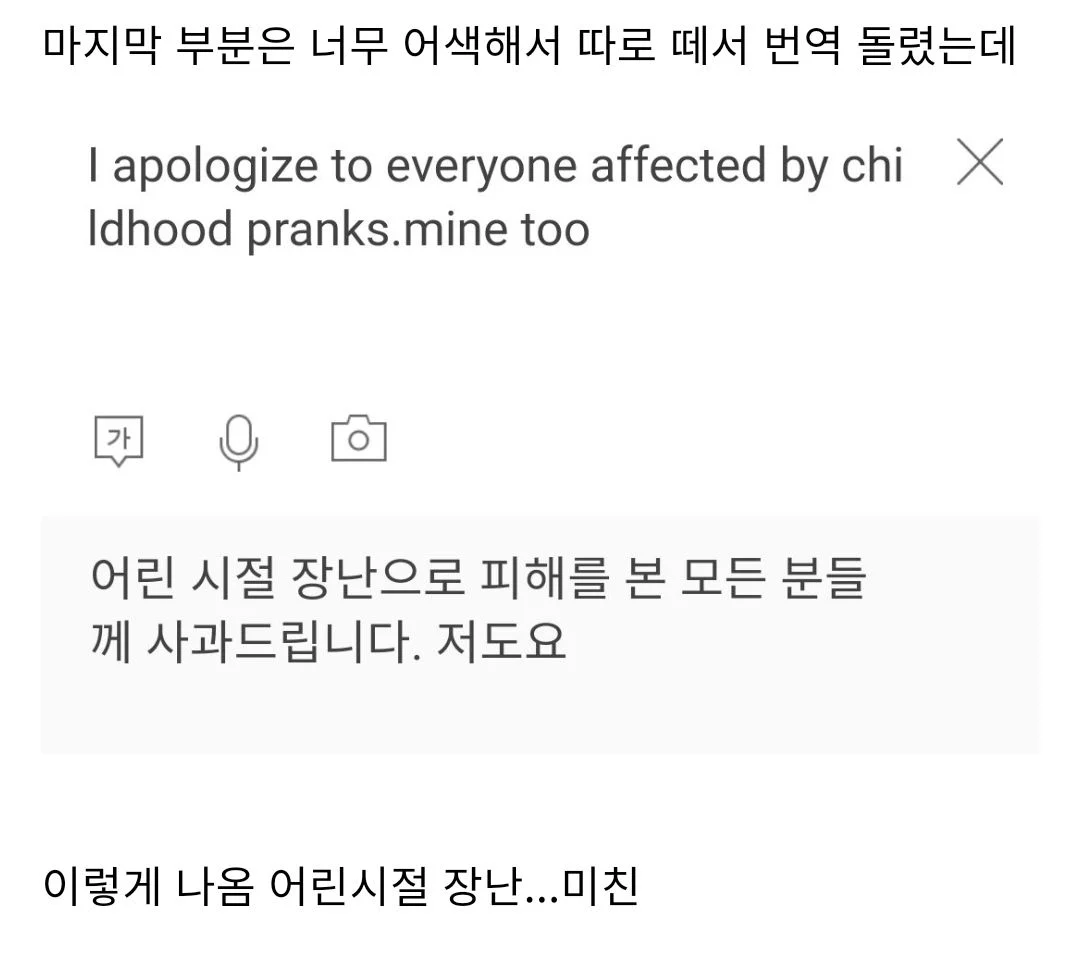 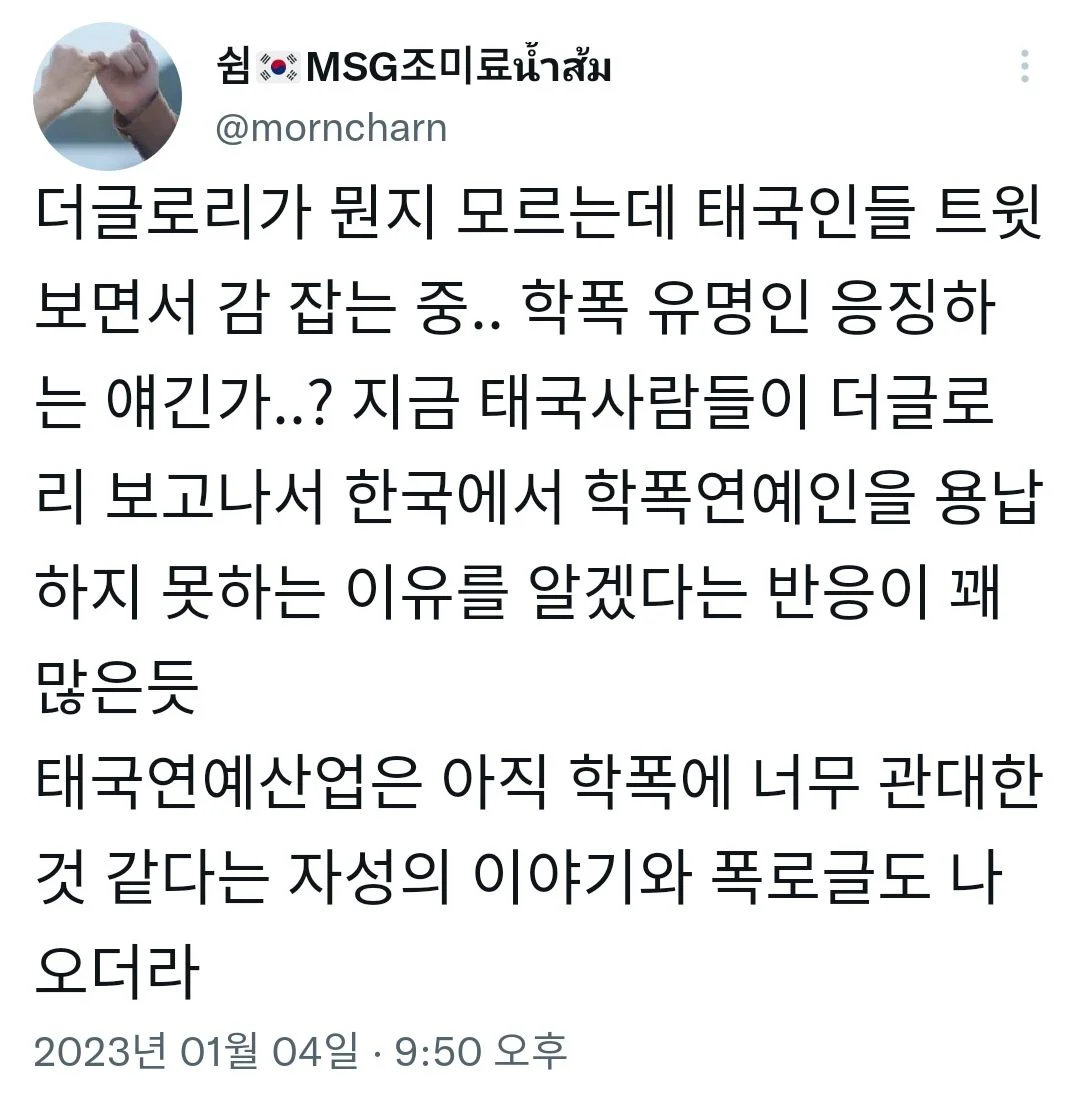 “I don’t even know what The Glory is but after seeing the tweets made by Thai people, I getting the full picture… Is it talkinga bout punishing the celebrities who were once bullies…? Right now most of the reactions from Thai people who are watching The Glory is that they’re finally understanding why Koreans cannot forgive celebrities who once were bullies.

Right now, the Thai entertainment industry is still too welcoming of school violence assailants, so a lot of exposing posts are being published right now.” 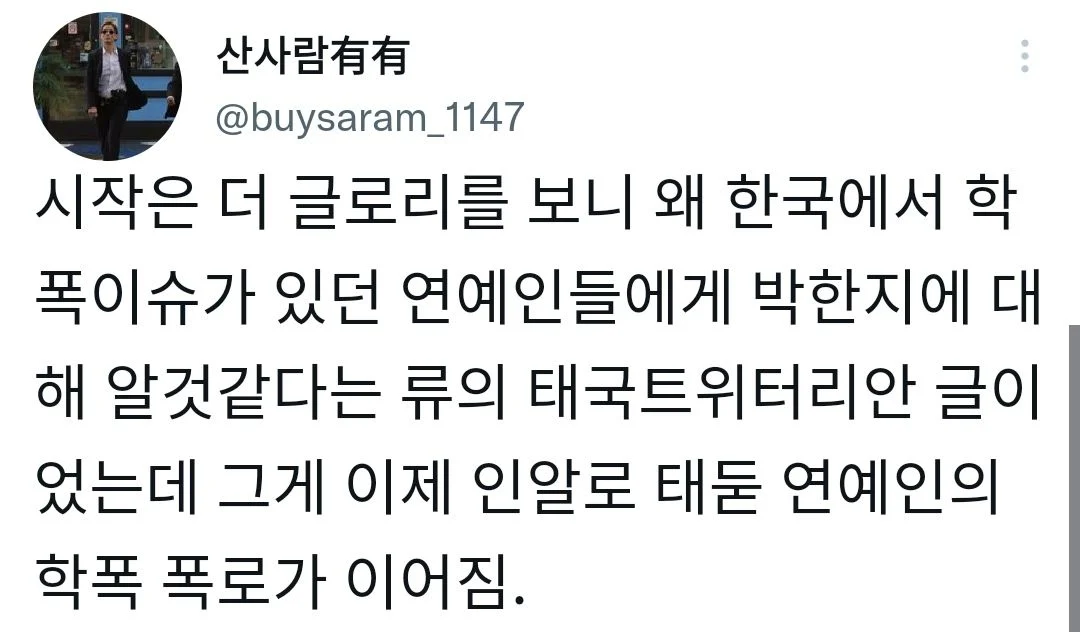 “After starting watching The Glory, I’m growing to understand why Korea is [reacting] so strongly against celebrities with school violence issues. [not toos ure about this part] Right now, Thai celebrities are getting exposed for their school violence.” 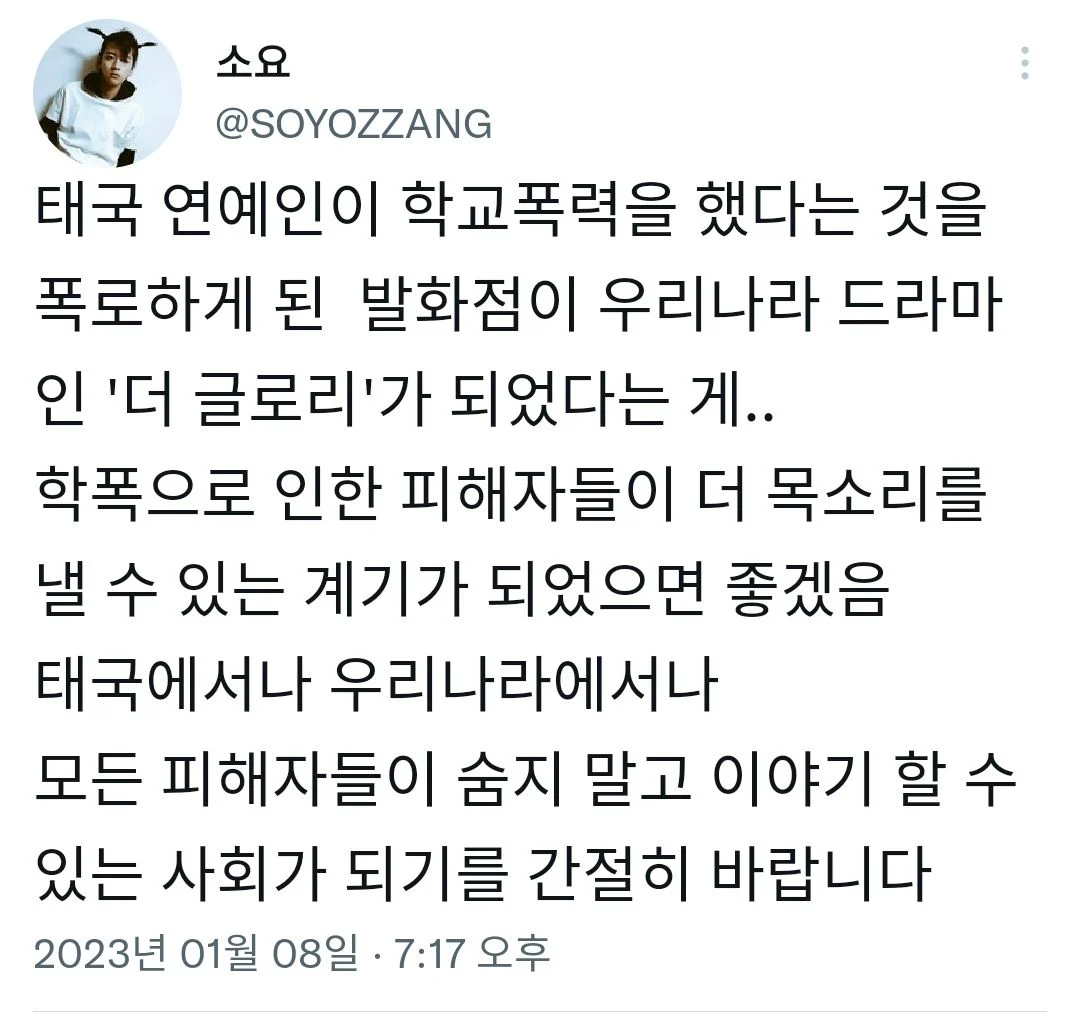 “The point of ignition for Thai celebrities wo be exposed by their school violence right now is our country’s drama “The Glory”.. I hope that this becomes a stimulus for the school violence’s victims’ voices to grow louder. Whether it’s Thailand or Korea, I yearn for a society where victims aren’t hiding and have the right to speak up.”

1. I honestly wonder what people think “school violence” even mean… There are way worse cases of bullying than in The Glory out there

2. It’s nice to see the good influence the drama is drawing. The assailants need to be ruined

4. Do those school violence bast*rds think they have made up with the victims by just saying “it wasn’t my intention?ㅋㅋ

5. For real, stop calling these “pranks” and “jokes”

6. Hul Ohm Pawat. This is insane

7. He’s calling this “pranks from that time”

8. Ohm… I’d never expected to see him in the HOT category

9. This shows how strong the cultural effect can have on society. School violence is the same in every country…

10. Meawnhile, let’s not pretend that our country’s idols are trying to “stand against the evil force”. They’re just as out of touch 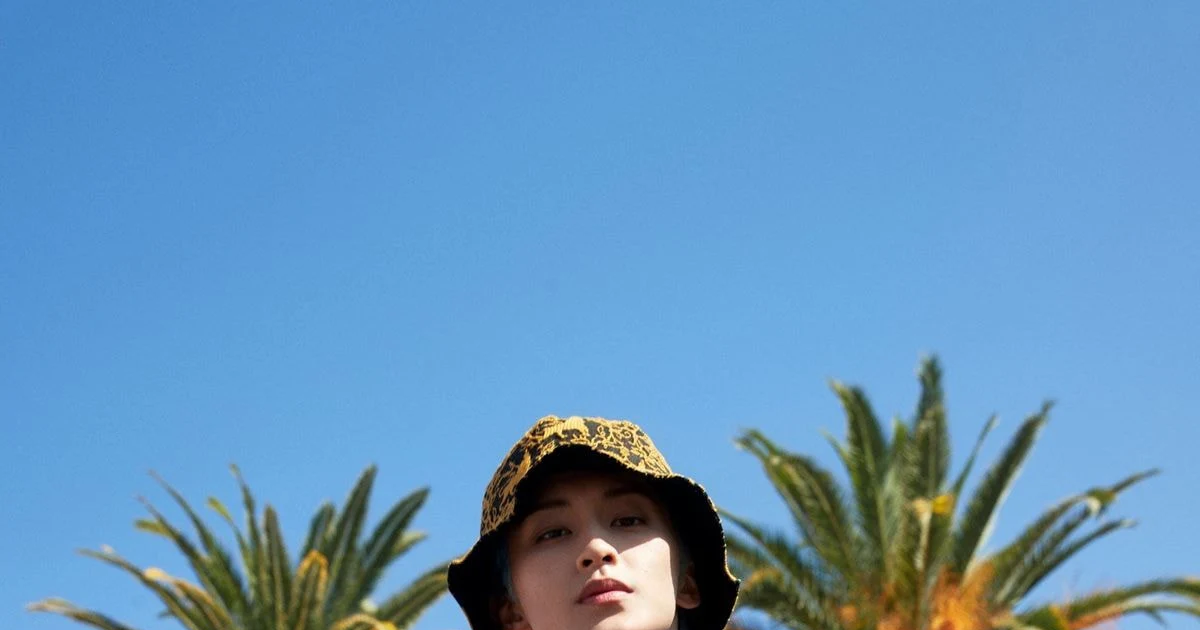 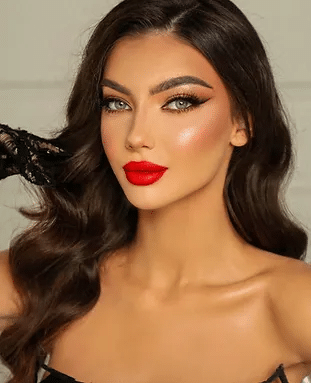