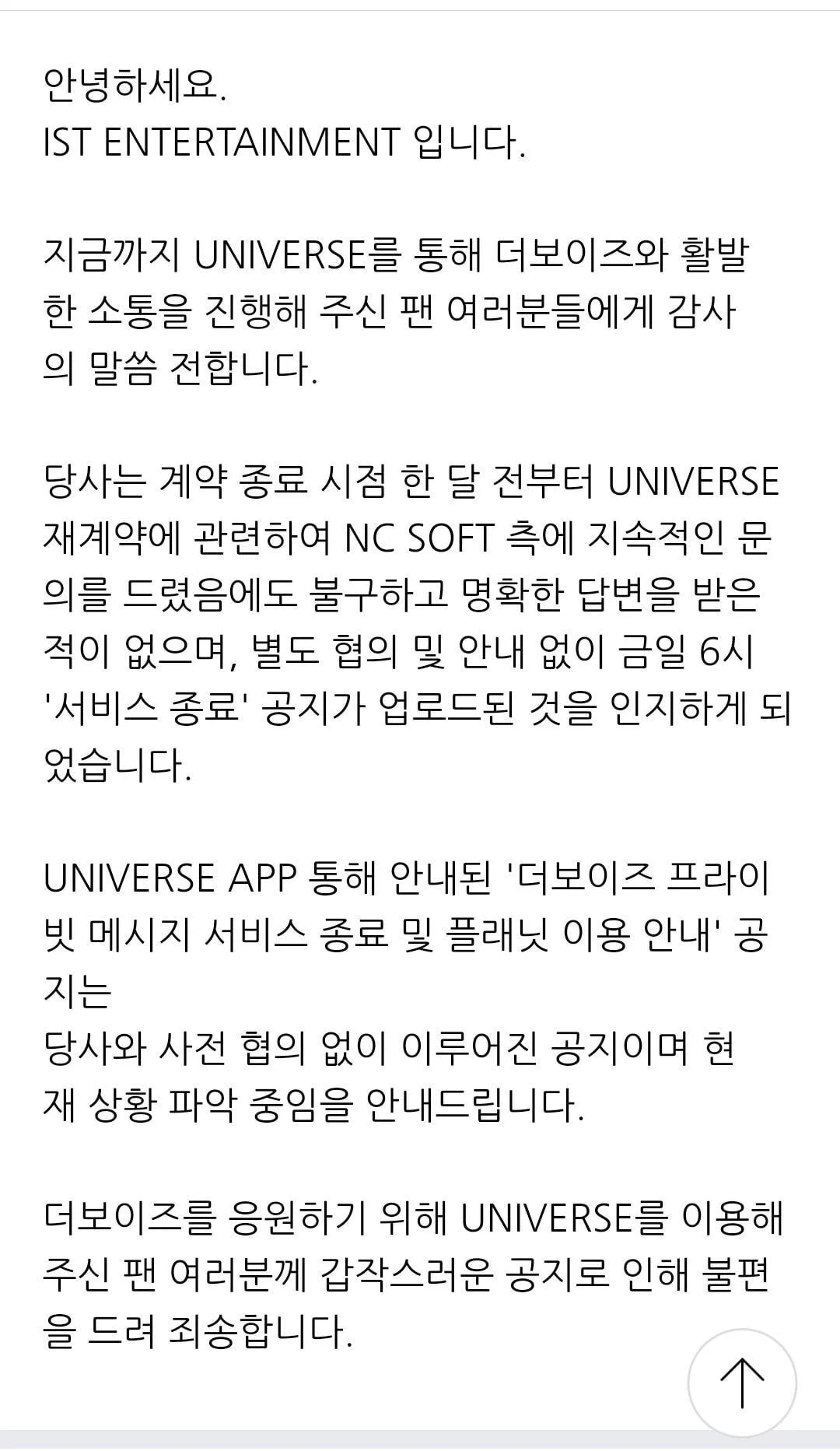 “Hi, this is IST Entertainment.

We would like to express our gratitude to the fans who have actively communicated with The Boyz through UNIVERSE until now.

Despite continuous inquiries to NC SOFT regarding the renewal of UNIVERSE contract from a month before the end of the contract, we have not received a clear answer, and we realized that the ‘service termination’ notice was uploaded at 6 o’clock today without previous consultation or notice.

The notice of ‘The Boyz Private Message Service Termination and Planet(?) Usage’ released through the UNIVERSE APP was made without prior consultation with us and we would like to inform you what it is currently under investigation.

We apologize for any inconvenience caused by the sudden announcement to the fans who have used UNIVERSE to support The Boyz.”

They terminated the service unilaterally…

Today alone, SF9 and The Boyz both terminated their contract with Universe

Some days ago, Yerin also terminated it

It looks like a lot of singers are choosing to leave Universe ..

1. Universe is getting smaller nowadays, maybe that’s why?

7. Ugh seriously what a rip off

8. They’re receiving money from the paid service, why?……….

10. I want my bias to quit this and stop paid messaging all at once…