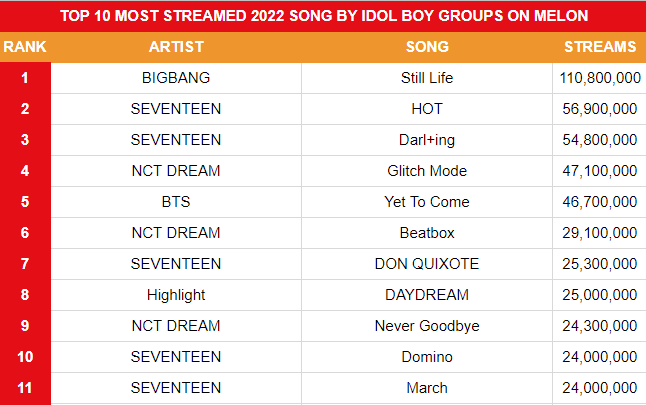 This is 2022’s top10 most streamed boy groups, but there’s not a single 4th generation boy group 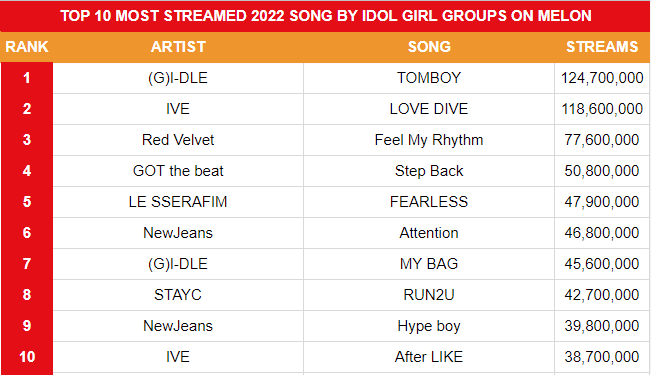 3. As long as they earn good money, who cares..

4. But even without entering the charts, those boy groups are still doing well… It’s my first time hearing about NCT DREAM’s Never Goodbye, it’s not their title but it still charted

6. Boy groups actually have good songsㅠㅠ But people still decide to skip on them and they would even say stuff like ‘why would you listen to them?’ it hurts my heart a bitㅠ

7. But even if they released easy to listen songs, people still skip them just because they’re male idolsㅋㅋㅋ

8. All their songs sound the same, so I’m skipping on all of them

9. Even for the 3rd gen with BTS, Seventeen and NCT DREAM, they only have 3 teams charting. So stop only dragging the 4th gen