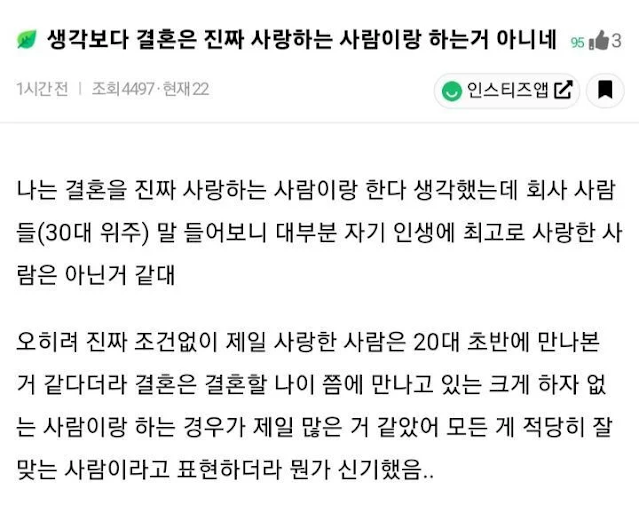 Rather, they seem to have dated the person they loved the most unconditionally in their early 20’s while for marriage, they met them when they were older and it seems like most cases got married to someone who didn’t have any major flaws and who matched them relatively well. It was somehow fascinating..”

1. Scientifically, love is ultimately a desire for breeding races. When you’re young, you look at others’ appearance and personality. But when you start thinking about marriage, you start desiring things like financial stability and someone who makes you feel comfortable.

2. I feel like as you age, your emotions change too. You have loved previously but what you are experiencing now is also love. But when you’re dating, the feeling of love is enough. However, when it comes to marriage, you need love + effort. Only having “love” will not suffice in marriage

3. That’s right, when people are at the age of marriage, they usually get married to people who meet their conditions and who match their personality. That’s why a lot of cases end up in cheating too

4. I think that this is the right way to get married. Deciding to spend the rest of your life with someone just based on your emotions is so dangerous. If you end up living with them, they’ll become the most important person in your life. After getting birth, maternal instinct doesn’t come from falling in love but from raising a child. It doesn’t mean that it’s of a lesser love either

6. Yup, of course, someone might not be faithful to their family no matter how much they love and without any specs, you can’t even get to marriage. For marriage, you’ll need to choose someone that you’ll be seeing every day for the next 50 years. For marriage, you need to choose the person you love the most out of the people who have no major flaws

7. There are a lot of people around me who got married to the person they love the most so maybe that’s why they tell me to marry someone I truly love

8. Seems like I don’t really know what love isㅋㅋㅋㅋ The people around me all randomly got married and it feels like they just got married to people that they got along with

9. But they must have a lot of standards, it seems like the case with the people around me

10. I think that the type of love is just different. It doesn’t mean that they love their partner more or less. 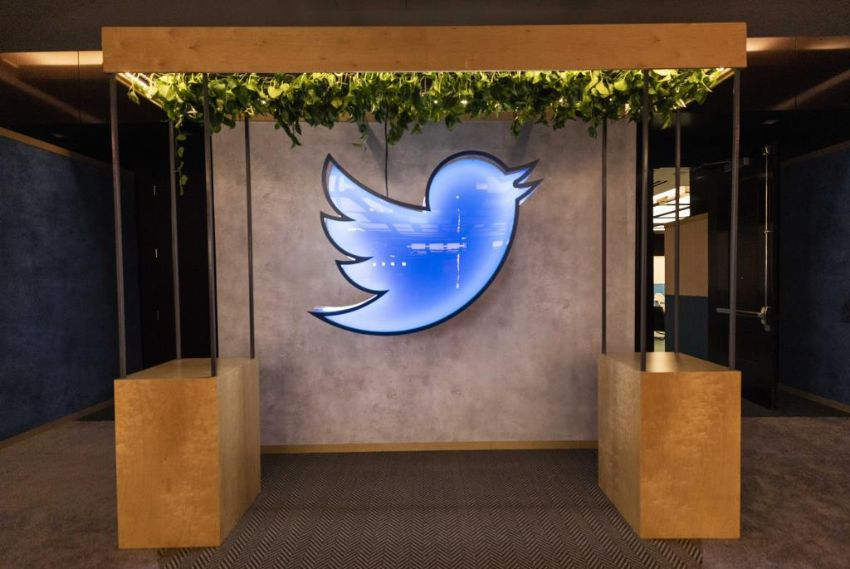 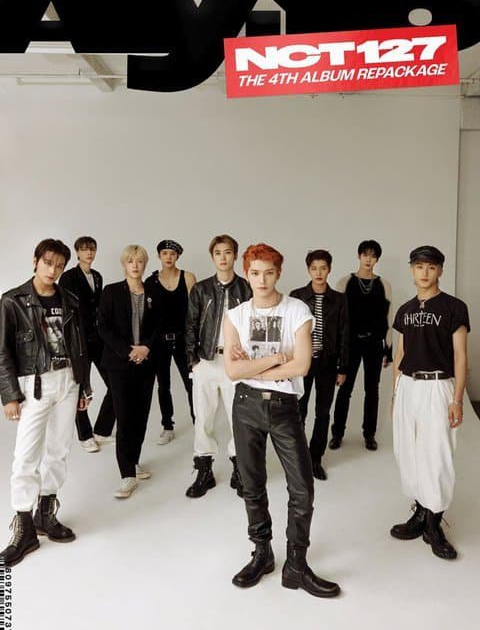