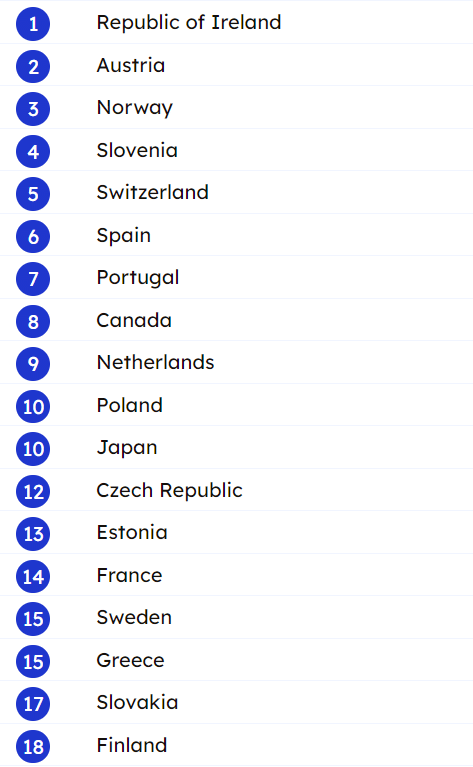 Korea ranked 19th out of 34 countries with a score of 5.28. In terms of safety index they ranked 7th among 34 countries and 11th in the ‘Ratio of Female Victims such as Murder and S*xual Violence’. On the other hand, the Gender Equality Index ranked Korea 32nd out of 34 countries and Korea received low scores in items such as ‘The percentage of women who feel safe walking alone at night’, ‘Gender equality index’ and ‘Attitude towards violence against women’.

Meanwhile, in this survey, seven indexes were used: the safety index, the degree to which walking alone at night feels safe, the rate of domestic violence, the gender equality index, the ratio of victims of violence and s*xual violence, and the ratio of women killed per 100,000 people.

2. The moment I saw the list, I knew that Asian countries wouldn’t be included…ㅋㅋㅋㅋㅋㅋㅋㅋㅋㅋㅋ

3. You’re telling me Spain is better than France?

5. Korea will never be safe again, especially towards women

6. I don’t believe this ranking, every time I go to Europe, I get more cautious

7. This country ranking is way more different than what I’ve thoughtㅋㅋㅋ Spain’s ranking… Not sure why it’s so high 🤔

8. Our country is dangerous alrightㅋㅋㅋㅋㅋㅋㅋㅠㅠ

9. It’s true that our country is safe for travellers, but it’s only not safe if you actually live thereㅋ

10. But among the countries ranked higher than our country, pitpockets are actually more severeㅋㅋㅋㅋㅋㅋㅋㅋㅋㅋㅋㅋㅋㅋ