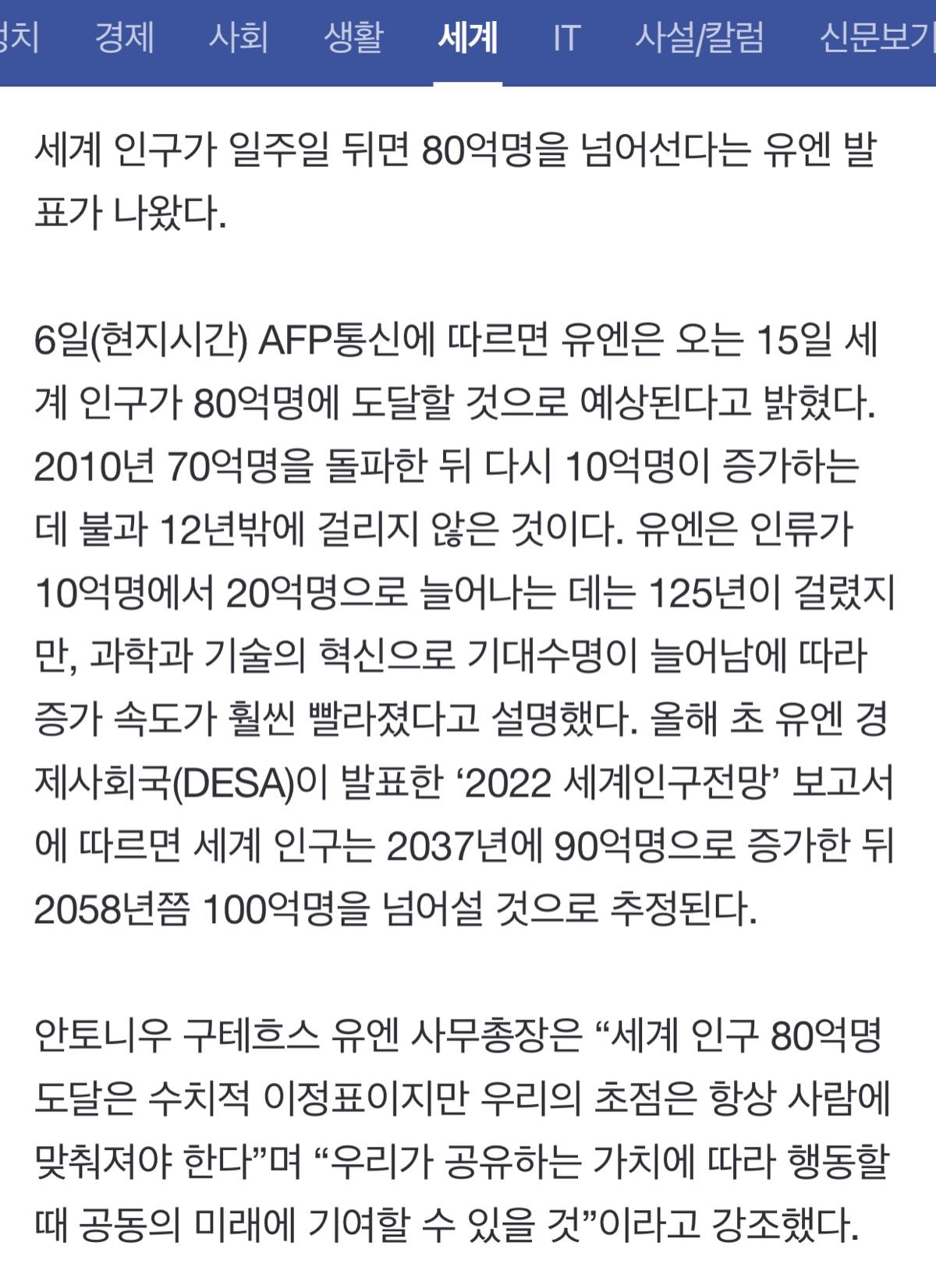 The United Nations has announced that the world’s population will surpass 8 billion in a week.

According to the AFP news agency on the 6th (local time), the United Nations said on the 15th that the world’s population is expected to reach 8 billion people. It only took 12 years for the number of people to increase to 1 billion again after exceeding 7 billion in 2010. According to the United Nations, it took 125 years for the human race to grow from one billion to two billion people, but the rate of increase has accelerated much faster as life expectancy has increased thanks to innovations in science and technology. According to the “World Population Prospects 2022” report released by the United Nations Economic and Social Affairs Agency (DESA) earlier this year, the world population is expected to increase to 9 billion in 2037 and then exceed 10 billion by 2058.

UN Secretary-General Antonio Guterres said: “Reaching 8 billion people is a numerical milestone, but our focus must always be our people.”

2. We’re way too many… Especially from those 2 countries

3. Isn’t our country suffering from low birth rate..? Why are there so many people?

5. Everyone, learn from Korea and save the environment

8. This is way too severe

10. Our country was working so hard to save the earth…