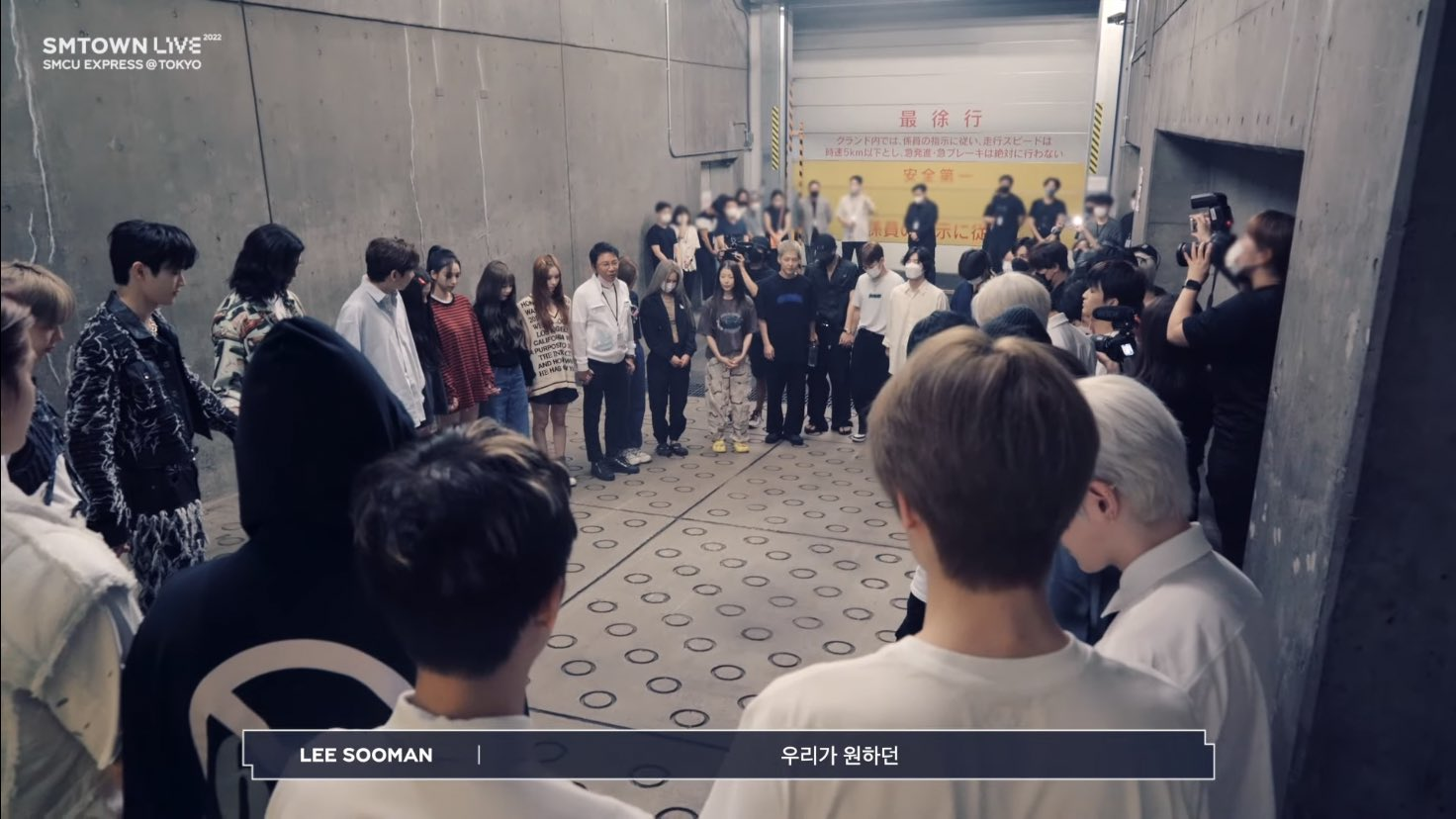 Lee Sooman: Others say that we’ve been known as SM’s Humanity for a long time

Please be humble, kind and be the love that we wanted

Many fans will treat us with joy and love today

“Before the SM Town concert, the singers are gathered together and are praying like this”

“I was thinking “what is he assembling them for?”

But it was for a group prayerㄷㄷ”

4. I’m not religious, but it’s much better to pray like that than get all prideful with money. Anyway, it’s true that both of these scenarios are not the best

5. Even if they have different religions, he’s just wishing them to finish the concert safely no? Why are people being so sensitive

7. I’m also non religious and I like SM idols and I can understand why they would do this but I can also get why some fans wouldn’t like this. If my head of my company did something like this despite me being not religious, I’ll just be understanding. It’s not that I will like it per se. It’s just because I’m working for this company that I don’t want to cross the line.. Also, I like SM idols but since Lee Sooman said that he was into New Light, that’s why I hate it. I hate it but realistically speaking, there’s nothing they can do about it…ㅠ

8. He’s just wishing that nothing goes from on stage, there’s nothing problematic about this. I’m not religious by the way

9. Seriously, they solidly live in their own worldㅋㅋㅋ

10. He’s just wishing everyone to do well since they have a big performance aheadㅋㅋ Have none of you guys worked in society before?