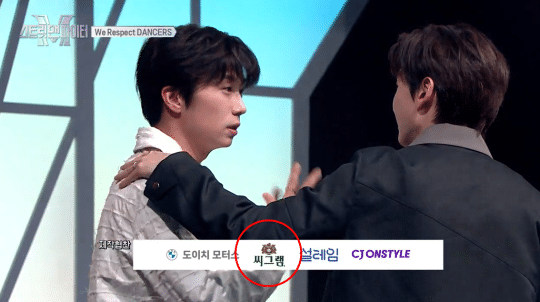 KONNECT Entertainment relayed Kang Daniel’s apology by stating, “[Kang Daniel] saying the brand wrong was a mistake. He experienced a moment of confusion due to the heated atmosphere of the final broadcast. To the viewers and the advertisement brand, we apologize.”

On November 8 KST, Mnet’s finale of their dance survival program’Street Man Fighter’ was broadcast live. Here, Kang Daniel, the MC of the program, stated, “Thank you to our advertisement officials.’Trevi’ is delicious! Just kidding. But I am half sincere.” Immediately after the broadcast, many viewers were taken aback, as the advertisement brand sponsoring ‘Street Man Fighter’ is ‘Seagram’ and most definitely not ‘Trevi’. Kang Daniel’s slip of the tongue seems to have backfired on ‘Seagram’, as their funds ended up being spent to promote their competitor brand ‘Trevi’ instead.

The main sponsor of ‘SWM’ is ‘Seagram’. They assisted in production for 6 months. However, during the live broadcast, Daniel Kang said, “Thank you to the advertiser,” and suddenly shouted “Trevi is delicious.”

A scene that can only be embarrassing for the main sponsor. A broadcasting official criticized him calling him “the MC doesn’t even know his ‘fundamentals'”

An advertising industry official said, “What advertisers want isn’t politeness. But we want at least not to be disrespected.” “I’ve never seen in the broadcasting history an MC who complimented a competitor’s brand”.

2. I won’t be able to watch him MC anymore… How can you be this careless with your job aigo. He should be grateful they’re not suing him

3. This could end someone’s career… There’s a reason why some kids who used to be successful are disappearing

5. The way he said he’s “Half serious” is even more of a turn off

6. A joke? Half-serious? Seriously he has no manners whatsoever

7. Seriously at this point I don’t even know if I should feel bad for him, think he’s the worst, or he just can’t do his job….

8. I’m more shocke that he’s not acknowledging his mistake and called it a jokeㅋㅋ

9. He’s… The one making his own controversies everytime

10. Good grief…. Just how little preparation he puts into his work

13. He really thinks money is a joke

14. This guy is damn consistent

15. What kind of mistake is that? ㅋㅋ Does he think living is that easy?ㅋㅋㅋ I think he needs some financial therapyㅋㅋㅋ