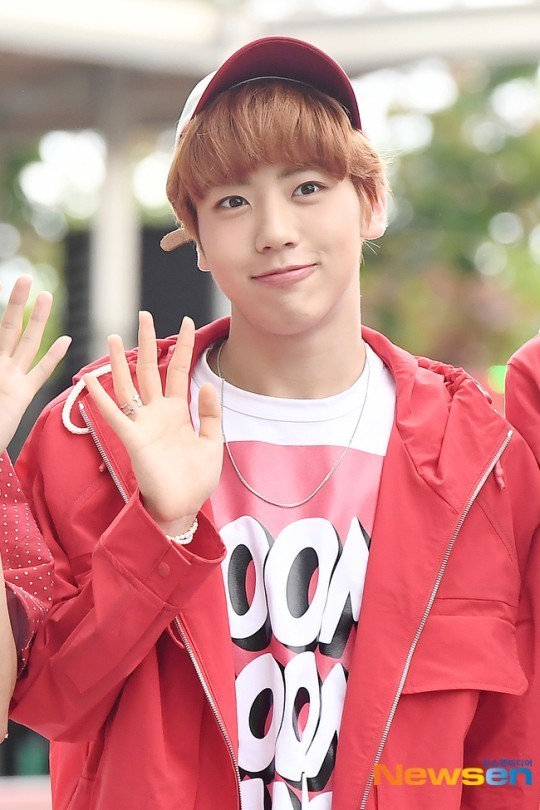 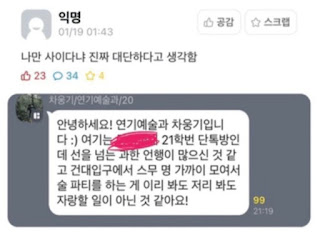 TOO’s Woonggi, who is a freshman at Dong Seoul University, was recently spotted in his college’s Katalk group chat with a firm message to his classmates: “Hello! I’m Cha Woonggi from the acting and arts department 🙂 This is the *** class of 2’1 Katalk room and I’m seeing a lot of excessive speech and behavior that is crossing the line. Having more than 20 gather at the Konkuk University entrance to have a drinking party doesn’t seem like something to brag about no matter any which way I look at it!” Students from the group chat reported the message to his fanpages as an attempt to make fun of him, which backfired, as fans supported him even more for taking a stand.

1. [+2,119] That’s pretty damn cool of him to stand up like that. Who do the other students think they are to even report this and think they can make fun of him for it? ㅋㅋㅋㅋㅋㅋㅋㅋ

4. [+605] What was the reason behind reporting this to the fan pages? So he’d get more hate? Do they not realize that fans are the types to support this stuff? ㅋㅋㅋㅋㅋ I wish them all the luck ㅋㅋ

6. [+328] Grosses me out to think the kids making fun of Woonggi are the same ones to act all woke and respectful in public

9. [+630] Shouldn’t the kids who wanted to gather for a drinking party be reported? Not the person standing up against it? These people wanted to act all woke by reporting him without even realizing what they’re reporting ㅋㅋ

10. [+80] Cool of him to stand up like that.. it actually makes me angry to think of the worse things they must’ve said about him behind his back