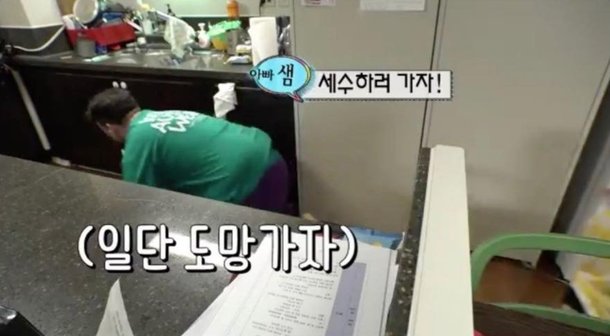 Article: ‘Script controversy?’ Superman Returns reps, “Nothing is scripted, there’s a script for the comfort of the producers”

1. [+964, -17] I doubt that it isn’t scripted ㅋㅋ there may not be exact scripts for the kids to say but I know the scenarios are given to them.. Without a script, we’d just be watching them watch Pororo all day.

3. [+712, -18] I don’t think the kids are able to read off a script or anything but I do think the scenarios are planned ㅋㅋ anyone who’s raised a kid will know

4. [+74, -10] But sometimes I do think William is prompted to say certain things by adults

5. [+55, -1] I’m sure the scenarios are planned out, even if it isn’t down to the exact lines they say. It was like that with ‘We Got Married’ too. What’s annoying about ‘Superman Returns’ is that they force certain scenarios for the sake of PPL.

6. [+54, -6] If William and Bentley are acting according to a script, then they need to be sent to Hollywood

7. [+47, -4] I have noticed that the kids are always looking off camera. And people saw them at outdoor filmings with prompts too.

8. [+35, -7] I think they have an idea of what they want to happen. Even ‘Infinity Challenge’ used to have scripts. The scenarios are planned out but I doubt kids will follow anything to a T..

9. [+33, -4] There are themes and scenarios to every episode but I don’t think the kids are aware enough to be following exact scripts. If they are, they need to be sent to Hollywood.

10. [+32, -3] Well aren’t there scenarios written to bring out the cuteness in William and Bentley? ㅋㅋㅋ Isn’t that what makes them cuter? It’s not like these kids are asked to memorize scripts or anything. There needs to be a basic scenario for their safety too.