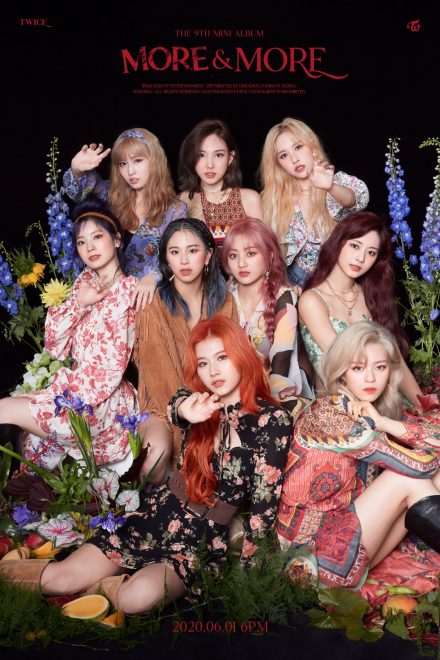 Based on Gaon Chart’s record as of July 2, the nonet’s mini-album MORE & MORE has sold 563,000 copies. Remarkably, this is the greatest amount of albums sold in total for a female idol group on Gaon Chart.

Previously, Nayeon, Jeongyeon, Jihyo, Sana, Momo, Mina, Dahyun, Chaeyoung, and Tzuyu broke their personal best for stock pre-orders as their most recent release surpassed half a million count on May 27. Moreover, proving their “Asia’s top girl group” status, TWICE continues to impress as they already accumulated over 8.80 million album sales since their debut.

The well-loved girl group also bagged nine trophies while promoting their newest track “MORE & MORE” – bringing a total of 106 music show wins for them. Notably, they now hold the record of having the greatest number of wins for a female idol group.