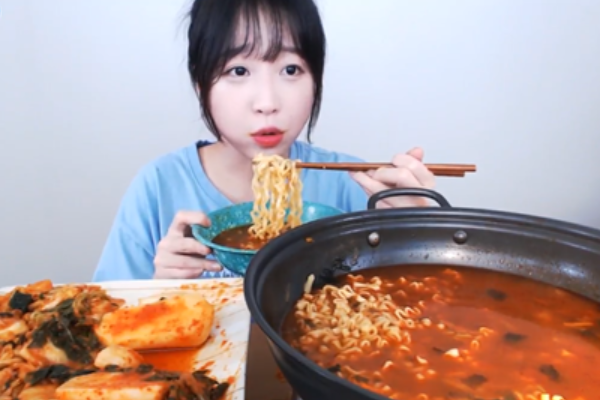 Article: Tzuyang makes comeback… makes 15 million won in first broadcast and confesses “I did come back for the money”

2. [+1,596, -87] People who watch this stuff are weird. They’re no different than the people who broadcast themselves.

3. [+530, -194] Tzuyang had already apologized for not knowing how to properly specify ads way before the whole under the table sponsorship controversy broke out. Unfortunately, another YouTuber implicated in the mess falsely named her and the media just ran with it.

4. [+232, -1] Look at how easily she makes money, I understand why they’d rather die than quit and go find a job for minimum wage

6. [+165, -14] YouTube needs to go under… so that trashy little parasites like these guys can go out in the real world and work jobs that are truly reflective of their skills in life

7. [+126, -3] I find the people who donate money to these streams funnier than the actual streamers ㅎㅎ why not spend that money on buying yourself food? Why pay to watch someone eat? ㅋㅋㅋ

8. [+130, -14] She claims she spends 6 million won a month on food expenses.. this isn’t about quantity anymore, she’s just admitting to only eating luxury dining

9. [+94, -5] She claims she’s going to donate a lot of her money so that absolves her of any guilt ㅋㅋ but by that logic, then I guess all the big company CEOs are innocent for the rest of their lives thanks to their donations? ㅋㅋㅋ

10. [+92, -5] If she spends 6 million won a month on food, then shouldn’t she be cutting back on that instead of coming back to stream for more money? It’s obvious she only eats fine dining. She’s making way too much easy money for such little effort.