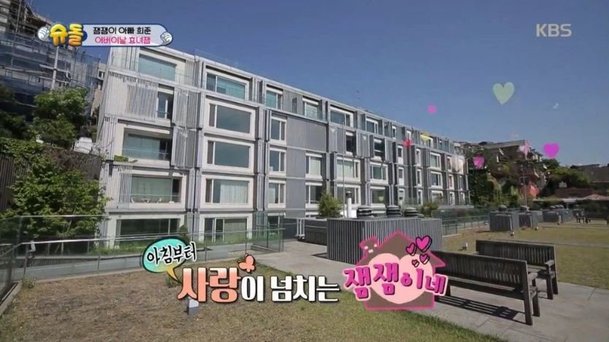 1. [+554, -6] Looks like all celebrities live somewhere with a Han River view… so does that mean if I go running around the Han River, all the celebrities will be looking at me? ㅎ

2. [+449, -8] He’s probably only ever lived somewhere with a Han River view since he was young. I guess once you come into money, you really start craving a Han River view.

4. [+63, -15] Moon Hee Jun had a difficult childhood;;; so all the money he made from HOT, he spent on investing in real estate and funding his dongsaeng to study abroad. I remember he never spent his money frivolously. The only money he spent on himself was probably on maintaining his hairstyle ㅋㅋㅋㅋ He used to be one of the biggest idols of his generation, this is nothing extravagant~ He turned out well for someone who grew in an industry full of scandals… He saved up his money, bought a house, and is living a happy life.

4. [+46, -6] All celebrities live in the UN Village ㅋㅋ as soon as they make money, they all move there. Kim Na Young lived there in her newlywed days and Oh Yoon Ah lives there too.

5. [+39, -1] I heard that the UN Village was originally full of LG and Hyundai chaebols but they all moved out because so many celebrities started moving in

9. [+11, -7] I think Park Narae started a trend of celebrities showing off their Han River view homes