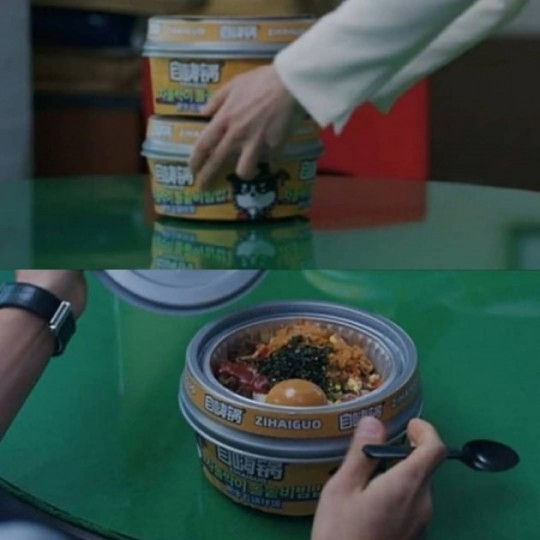 3. [+61] Something about the way the ad says ‘Korean style bibimbap’ really bothers me. Dolsot bibimbap is a staple of Korean cuisine, is it necessary to specify that it’s Korean? They better not try to claim this as theirs next 🙏

4. [+27] Wouldn’t the best course of action be to just let them run the ads but not buy any of the products??

5. [+15] Isn’t it weird that they describe the prouduct as ‘Korean style kimchi dolsot bibimbap’?

6. [+6] I felt pretty uncomfortable seeing this as well

8. [+4] Amazing, the producers really tried to sell their own country out over 3-400 million won ㅋㅋㅋㅋ

1. [+183] The samgyupsal PPL from ‘Hospital Playlist’ was the most natural incorporation of PPL

4. [+51] I’d rather incorporate more domestic PPL than Chinese PPL. The minute I see Chinese PPL, I lose all interest in the drama..