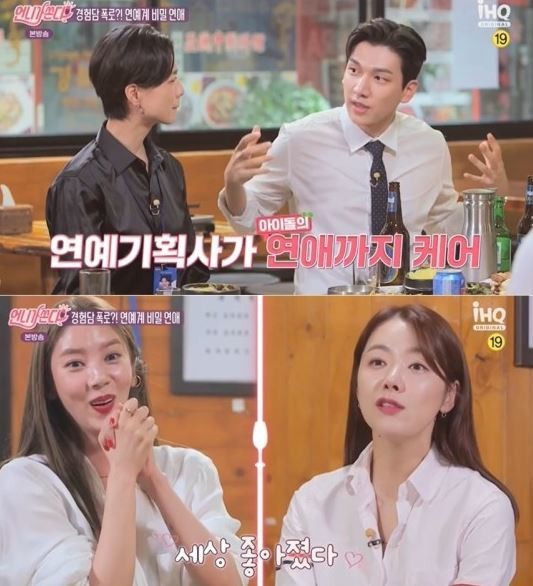 1. [+349] I like this much better. It’s better to have it under control than to have pictures taken by a third party and be under their control.

2. [+434] Seeing Hyuna and Dawn, two beautiful and handsome people, out on TV and in a happy relationship makes me feel so proud and excited for them. Can’t we all just let everyone be free? Why do fans even imagine themselves in relationships with these idols?

3. [+60] Now that you say it like that… it’s not only reporters but all of us in the general public too who are their stalkers. Embarrassing ❤️❤️

4. [+76] Either go public with your relationship or do better about hiding it. My problem with idols in relationships is that once they get into one, they put their job as a singer, as an idol, on the backburner, and start showing it on their faces how they don’t want to be on stage or don’t want to be doing fan service. They’ll give their fan gifts straight to their girlfriends or boyfriends. They’re all so desperate to make their relationship as obvious as possible. How are fans expected to immerse themselves in the idol experience when they’re acting like that?

5. [+51] There are times where fans will catch you but I think most fans in their thirties are actually happy to hear relationship news. What can the rest of us do when they’re in love? Everything’s fine as long as the fans aren’t fully deluded into thinking they’re in some relationship with the idols… the only problem is the fans who cross the line 😂

8. [+1] I don’t think non-fans of idols have a right to comment on this. Unless you’re going to spend your money to keep all the male idols afloat after they get caught in a dating scandal, keep quiet..