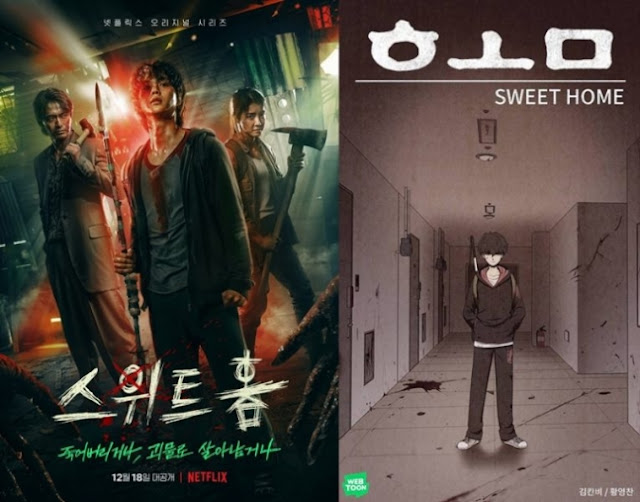 1. [+72, -5] I find our country so amazing. Ever since our manhwa and animation market has been put under restriction and control for being “too violent”, the webtoon market emerged. When the government started claiming online gaming would incite violence, gambling, and addiction, we started developing the mobile gaming market. I always wonder how Korean culture will continue to advance and develop without the interference of our government. K-Pop, K-Dramas.. who knew that they would spread out all over the world? Look at what happened when the government started imposing all these restrictions on variety shows and media… they lost their market to YouTubers ㅋ

2. [+40, -0] As a lover of the original webtoon series, I’m disappointed that the plot has been changed but I’m satisfied with the perfect casting and the level of CG displayed in the show ㅋㅋ The actors are all great at acting so it’s easy to focus.. I hope we can see season two soon.

5. [+4, -0] I never read the webtoon but I’m watching the drama~ It’s making me realize how far Korean dramas have come in quality~

6. It’s not too gorey or violent, it’s perfect to watch ㅎ

7. I am so sick of Korean dramas including forced emotional scenes that are there to make the viewers cry. Dramas always start out fast paced and fun and then drag out towards the end before picking up speed for the ending. Korea doesn’t have enough experience with ‘creature genre’ work like this so I don’t think the actors know what to do with the characters yet.

8. I never read the webtoon but I thought it was boring. The trailer looked amazing but the drama itself isn’t much.. and way too few scenes of the monsters..

9. I bought a Netflix subscription for this and regret it. I think the directing could be better. The webtoon got famous for the tense fight scenes with the monsters and the characters fighting to keep from being eaten… but in the drama, they just come out in groups, scream a few times, and stab the monster to death easily.

10. Wait, they spent 3 billion won an episode on this? Where did all that money go?