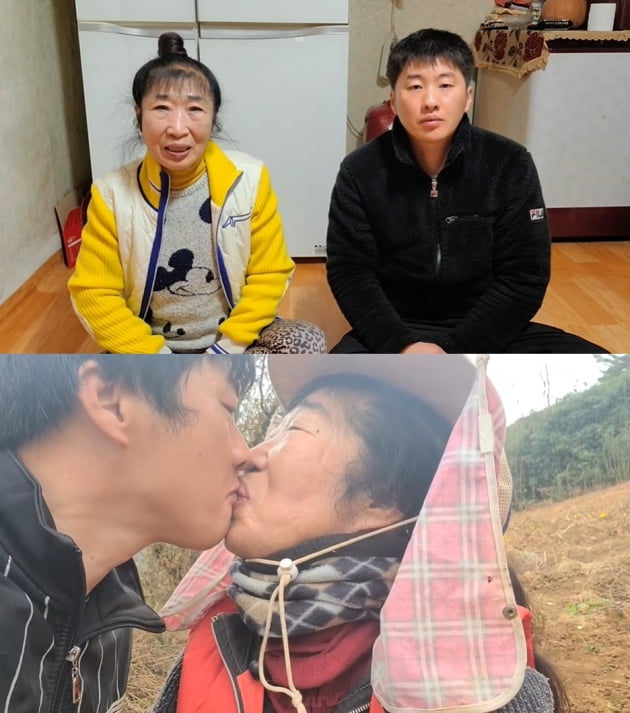 Article: YouTubers ‘A Loving Couple’ 73 year old wife claims, “Husband who is 35 years younger than me is not Chinese”

1. [+2,000, -53] They’ve closed comments on all of their videos. A lot of people questioned whether the location of their first video was at a ‘dabang’ (an old school coffee house with drinks primarily served by women) and they lied saying that it was a friend’s store until finally admitting that it was their own store that they run with one other woman. There’s also been someone who came forward who revealed that the grandma borrowed 700,000 won from her as a minor 20 years ago and never paid it back. Sometimes during the mukbangs, the grandma will talk about things that most mothers won’t have a clue about like Incheon gang stories to tattoos and knife fights.

2. [+1,458, -51] I watched the video and after they kiss, the man stares off into the mountains. He totally looks like reality is hitting him hard in that moment with the way he’s biting down on his lip.. There’s just no way you can hide a feeling like that.

3. [+957, -37] So apparently they still haven’t gotten married yet because the grandmother’s unni is opposed to the marriage? That’s kind of funny. We live in an age where even 20 years old can get married without parental consent these days.

4. [+800, -30] Wow, the grandma acted like she was so innocent when she revealed the man’s age but in the apology video, she was glaring down the camera and getting all angry before turning on ads and taking all comments down. Even her clarification video clarified nothing.. kept lying that her dabang wasn’t a dabang. Everyone should cancel their subs.

5. [+537, -31] Seems like the man’s just with her because life’s just easy.. What’s the point of stressing about how you’re going to make money to live when you can just half a$$ your life by living off of an older woman..

6. [+364, -4] I wouldn’t really call them a married couple when they never had a wedding or filed on paper… They’re basically YouTube partners…

9. [+217, -3] Why do people need so much attention these days? If you guys are really in love, just live quietly and stay out of the media. Unless you’re only doing YouTube for the money?