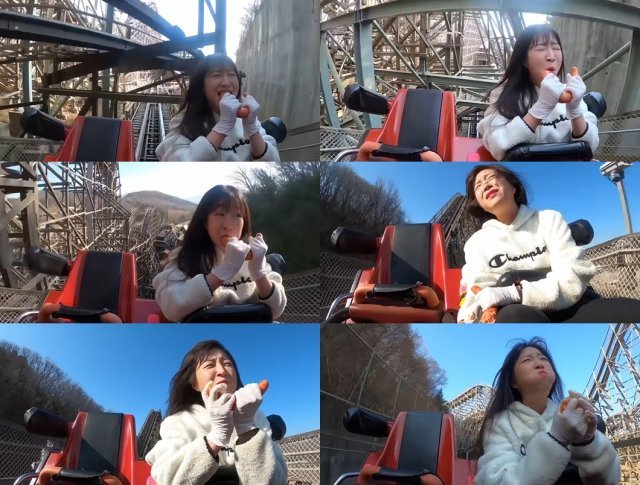 Article: Tzuyang under controversy for ‘sausage mukbang’ on a rollercoaster ride

6. [+62, -0] So she even asked “what should she eat next” after clearly stating that food isn’t allowed on the rides… man, people will really do anything for money, won’t they

7. [+64, -3] Legal action is required. She’s not wearing a mask and she brought food on a ride where food is prohibited. Make her pay the fines.

11. [+20, -2] Report the video on YouTube for promoting dangerous behavior. Ban her broadcast for good. There will definitely be teens who will try to copy her. Mukbangs like this can cause choking and indigestion.