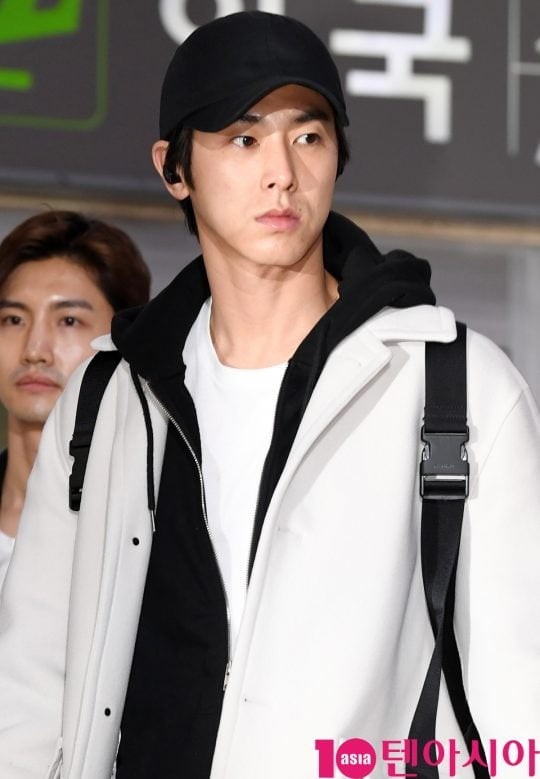 1. [+442] This guy is nothing to be used as some pawn to cover up the LH scandal, what are you guys saying ㅋㅋㅋㅋㅋ He broke lockdown restrictions and was caught at an illegal establishment (a room salon), and those were both wrongs ㅋㅋㅋㅋ stop with the shields ㅋㅋ Who goes to talk with their friend at some membership only place with no sign out at the front? It’s good that he left the show~~

2. [+412] The fact that he was meeting anyone at a room salon was his first mistake. How much more are fans going to shield?

3. [+265] How can you shield him going to a room salon? He was so passionate about going there that he broke lockdown restrictions to do so..

4. [+126] Why do fans keep saying that Yunho’s scandal was used to cover up the LH scandal? What do the two have anything to do with each other?? It’s not like Yunho’s scandal was made up out of thin air. He not only went to a room salon but an illegal one that isn’t even registered with proper signage out front;;;;

5. [+77] So they’re just going to air the filmed portions without editing it out…? They should at least try to edit him out as much as possible, no?;; I understand that some scenes won’t be able to be cut but.. it’s unfair because other celebrities are immediately erased the minute they get into a scandal.

6. [+46] He not only broke lockdown restrictions but lied about it. The damage to his image is critical.

7. [+27] I just want to know who’s going to chat with their friends at some membership only illegal establishment without a sign out front… ㅋㅋㅋㅋㅋㅋ

8. [+17] This is still really shocking… I wonder who the other celebrities who haven’t been caught yet are…?

9. [+50] So are people shielding him because he’s a man? He was caught at a room salon, not just some karake room ㅋㅋㅋㅋㅋ change the genders and imagine if a female celebrity was caught at a host bar? ㅋㅋㅋㅋㅋㅋ

1. [+377] So TVXQ was basically a survival team spanning over the course of decades… and the final survivor is Changmin…