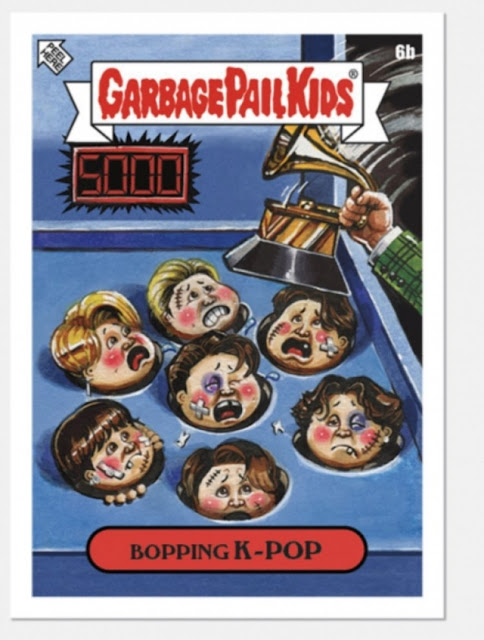 1. [+1,009, -17] I respect that there’s a freedom of expression allowed in art but I can’t shake the feeling that something very cruel and abnormal was portrayed in this image. It has been over 20 years since we’ve entered the 21st century and it doesn’t feel right that such outdated ideas are being expressed as art still.

3. [+281, -25] The fact that they’re so jealous of BTS means they’ve already lost. This card company has shown the entire world how pathetic they are and they will pay the price for messing with a group like BTS.

5. [+105, -4] At a time when Asians are under threat because of the virus, it feels wrong that such a piece of art was put out ㅡ.ㅡ I’m curious as to their true intentions.. ㅡ.ㅡ

6. [+45, -4] The US no longer feels so amazing to me anymore. They’re only rich because they have a lot of land. They no longer represent the standards of a developed country.

7. [+41, -0] You can also tell they were discriminating by naming the other artists but just writing ‘K-Pop’ for ‘BTS’ ㅋㅋ

8. [+36, -2] BTS has overcome all this racism to make it to the Grammys.. I hope the Korean media gives them the treatment that they’re due. I support BTS 👍

9. [+21, -0] Anyone can tell from looking at the image that they’re being discriminatory to BTS in a cheap way. They should be embarrassed, tsk tsk.

10. [+16, -0] After the pandemic happened, I’ve lost all respect I used to have for the US and Europe. I used to assume everyone there was smart but they’re actually so barbaric… 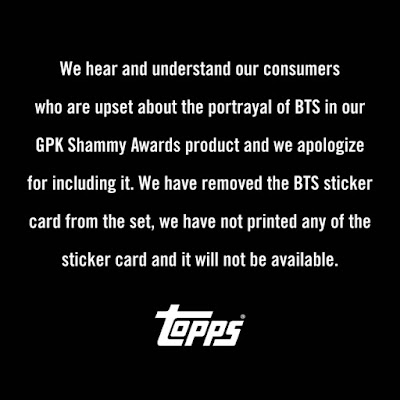 1. [+344, -9] Why is racism so rampant in the US?? What makes them think they’re so better than everyone else!!! It’s so frustrating.. Do they think pretending to beat someone and then apologizing makes it go away? They meant to antagonize people.

2. [+170, -2] It doesn’t sound like an apology… more like “We see that you guys are very mad over this image so we will stop selling it.” I don’t think they recognize that this is racist and where the criticisms are coming from.