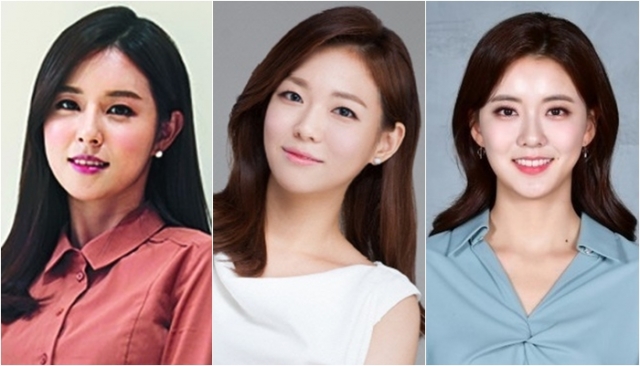 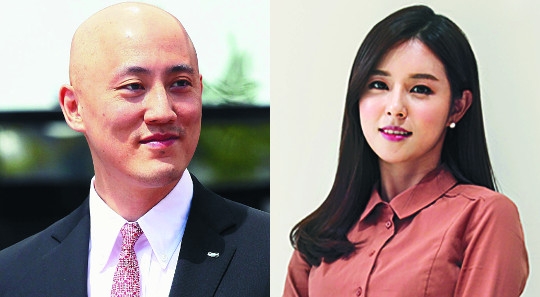 Article talks about how chaebol marriages were usually strategic in the past, involving arranged marriages with other heirs of sizable companies. As Korean companies have grown to be world players independent of the need for such support, more chaebol heirs are choosing marriage partners who aren’t based solely on wealth and family background, with announcers being the most popular choice in recent partners.

2. [+340, -99] Announcers must feel the fire under their feet ㅋㅋ They have to spend so much time becoming an announcer and working on their looks to grab a chaebol in their twenties. Imagine the pressure if you still haven’t been chosen by your thirties ㅋㅋㅋ

4. [+44, -1] One of the women on this list said on TV that she doesn’t care about a man’s earning potential and then ended up marrying a balding man in the top 0.1% of wealth in our country through a shotgun wedding.

5. [+32, -1] Announcers are a top pick for chaebol families because they look intelligent and reserved so they’re good for public image but they also usually don’t come from super wealthy families so you can just throw them out if you don’t like them without much drama. This happened a lot back in the days when chaebol families would have their sons marry celebrities and promote their brand and then get divorced once their popularity ran dry. It’s the same thing, just changed from celebrities to announcers.

6. [+27, -2] Announcers are reserved and educated~ and beautiful too. The exact type that chaebols are looking for. Anyway, that JTBC announcer beat a competition of 1,000 other people to get her job but she left to get married to a chaebol ㅋㅋㅋㅋ all announcers end up ex-announcers.

7. [+24, -1] I remember around 10 years ago when everyone was shocked that No Hyun Jung, who was super popular back then, randomly got married to a Hyundai chaebol. It wasn’t quite as common back then. Then she became just like any other chaebol and now lives in a different world of entitlement and fraud.

8. [+23, -2] The smartest announcer of them all is Na Kyung Eun who married Yoo Jae Suk ㅋㅋ who cares about getting married to a chaebol? You have to play to their every whim while your husband’s out drinking around, then fight blood and tears over inheritances ㅋㅋ Look at Na Kyung Eun’s life. She has as much money as a chaebol, 80% of the country loves her husband, he has a clean private life… shouldn’t happiness come before money?

9. [+13, -2] Even celebrities consider education when it comes to picking their partners, I’m sure chaebols are a lot pickier. Education is the end all in our country. Doesn’t matter how big of a big shot you are, you have to shut up if your education doesn’t stand up to others. That’s why this country runs rampant with rigged degrees.

10. [+9, -0] I guess this just follows the formula that women need beauty and men need wealth

11. [+7, -0] I feel bad for them… becoming an announcer is basically their access to becoming a chaebol daughter-in-law ㅋㅋ

12. [+5, -0] I always read about female announcers marrying into chaebols but what happens to the male announcers? Is there no hope for them?