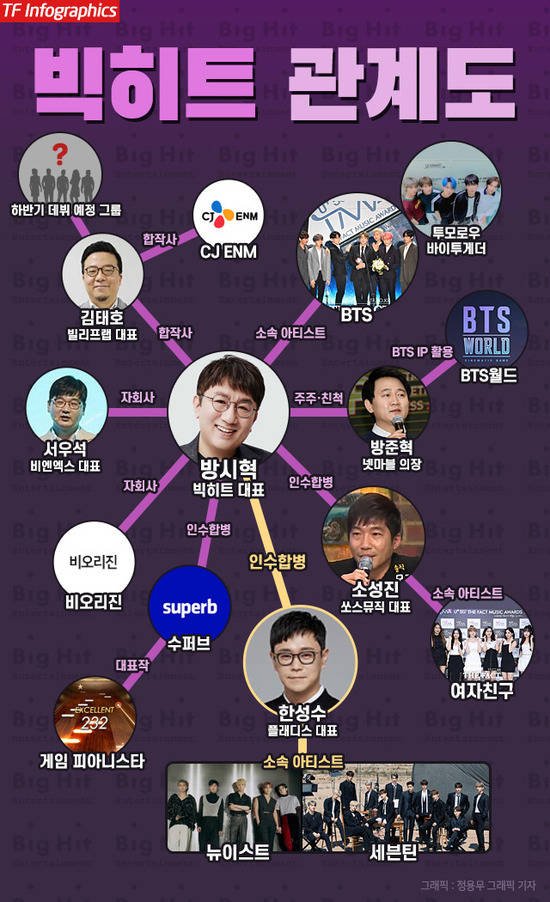 Source: The Fact via Nate

6. [+39, -3] Big Hit is riding off BTS, I never thought they were running a good company. They seem to think they’re on SM’s level but they’re just a bubble that will pop as soon as BTS does.

8. [+37, -0] BTS, Seventeen, NU’EST, TXT.. how can one company have four boy groups? I bet you there will be a group or two that is left on the backburner for this reason or that. I don’t get the point of this merger when everyone’s doing fine on their own…

9. [+34, -2] Oh, please. Big Hit can’t even manage their own employees with staff taking private pictures of BTS and leaking comeback information. And yet they think they can handle a merger? ㅋㅋㅋㅋㅋㅋ

10. [+32, -0] Why did they deny it at first then. This is going to be a sh*t show with two companies who are bad at their jobs merging together, sigh.