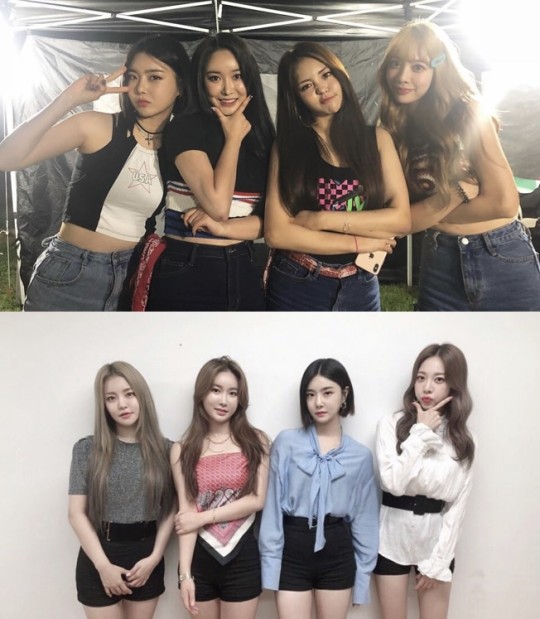 Article: Brave Girls’ song ‘Rollin’ from 4 years ago has climbed to #1 on digital charts

A popular YouTube channel featured Brave Girls’ performance of ‘Rollin’ at an army base with some funny comments, leading to netizens rediscovering the song and listening to it on music charts.

4. ㅋㅋㅋㅋ Finally this song’s getting some recognition

5. Daebak, this is a really good song that only men usually knew about

6. That’s crazy, is this song finally getting the spotlight?!

7. Now this is a true comeback, unlike the other songs on the charts who use rigged machines to climb back up. This song’s actually really good.

8. Brave Girls has good songs to listen to while running 😍🔥

2. [+35] They were marketed too hard as a sexy concept in the beginning. They were pushed aside by the more innocent, cutesy concepts like Twice and A Pink.. ㅠㅠ As long as their agency plays this right, I think they can have a comeback like EXID did ㅠ

3. [+7] We listened to this twice a week at our all girls high school ㅋㅋㅋㅋㅋ

– #1 song on the Military Billboard Chart…

– Look at all the dust and dirt in the crowd, f*ck ㅋㅋㅋㅋ hilarious

– For real, my senior told me about this song too ㅋㅋㅋ

– All soldiers after ’15 have seen this video over a hundred times… the song’s just really good, honestly

– If you turned this song on during a war, we’d win
– Even the enemy side would start dancing to it
– We could unify the Koreas ㅋㅋㅋㅋㅋㅋㅋㅋㅋ

– This song alone got me through army service