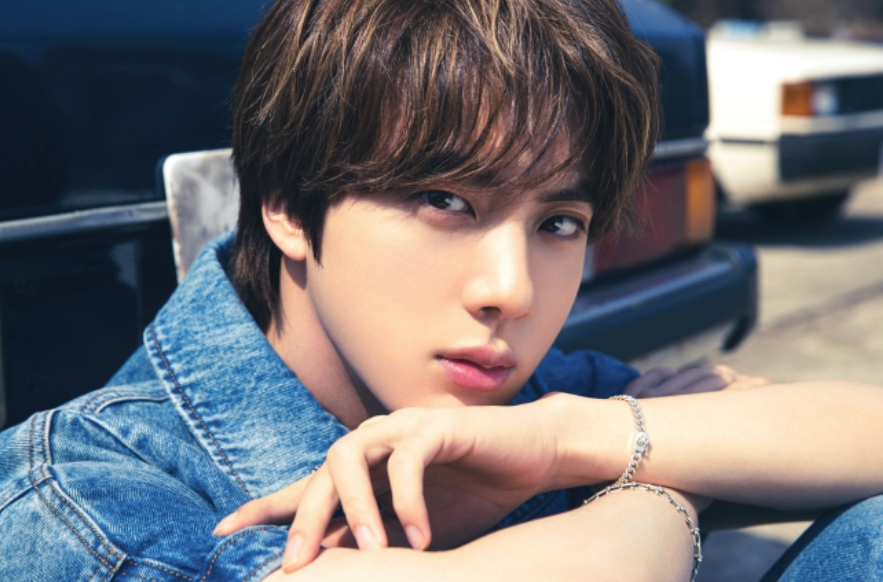 On the 13th, while communicating with fans on Weverse, a fan asked, “Are you excited for your birthday next month?” Jin replied, “No, I’m in the frontline.” 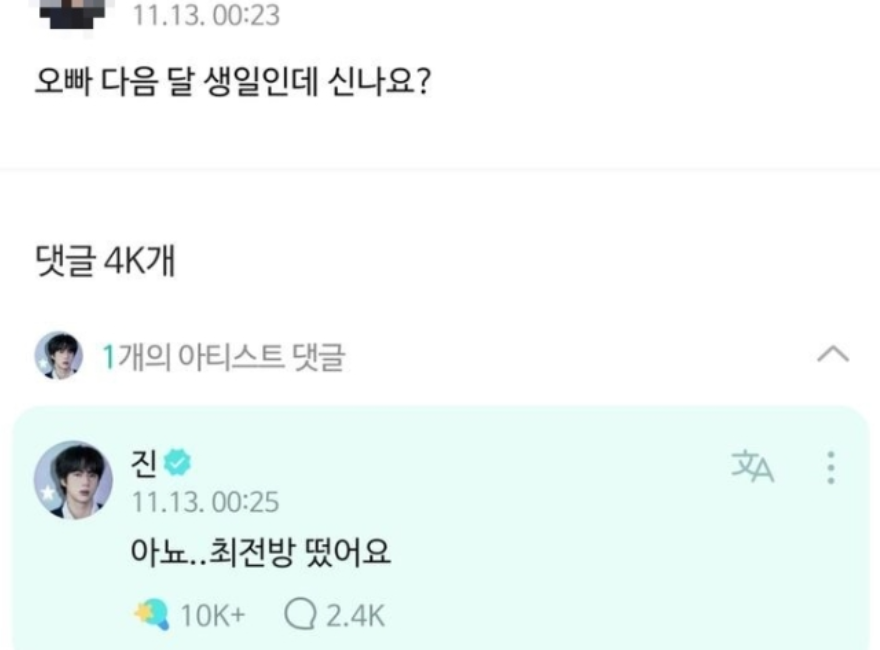 BTS members have announced plans to enlist sequentially starting with the oldest member Jin. It’s predicted that he’ll enlist within the year at the earliest. Jin’s comments in the midst of this are drawing attention due to the timing of enlistment as it appears his boot camp assignment have been decided.

Regarding this, Big Hit declined to comment stating, “It’s difficult to confirm.” As it’s sensitive information, it seems the company did not take a position.

Meanwhile, on the 4th, Jin submitted a request to the Military Manpower Administration to cancel his enlistment postponement and expressed his intention to enlist.

It’s predicted that Jin will enlist as an active duty soldier within the year. According to current military service law, he can only enlist in the army as applicants for the Navy, Air Force, and Marine Corps can only apply until the age 28. 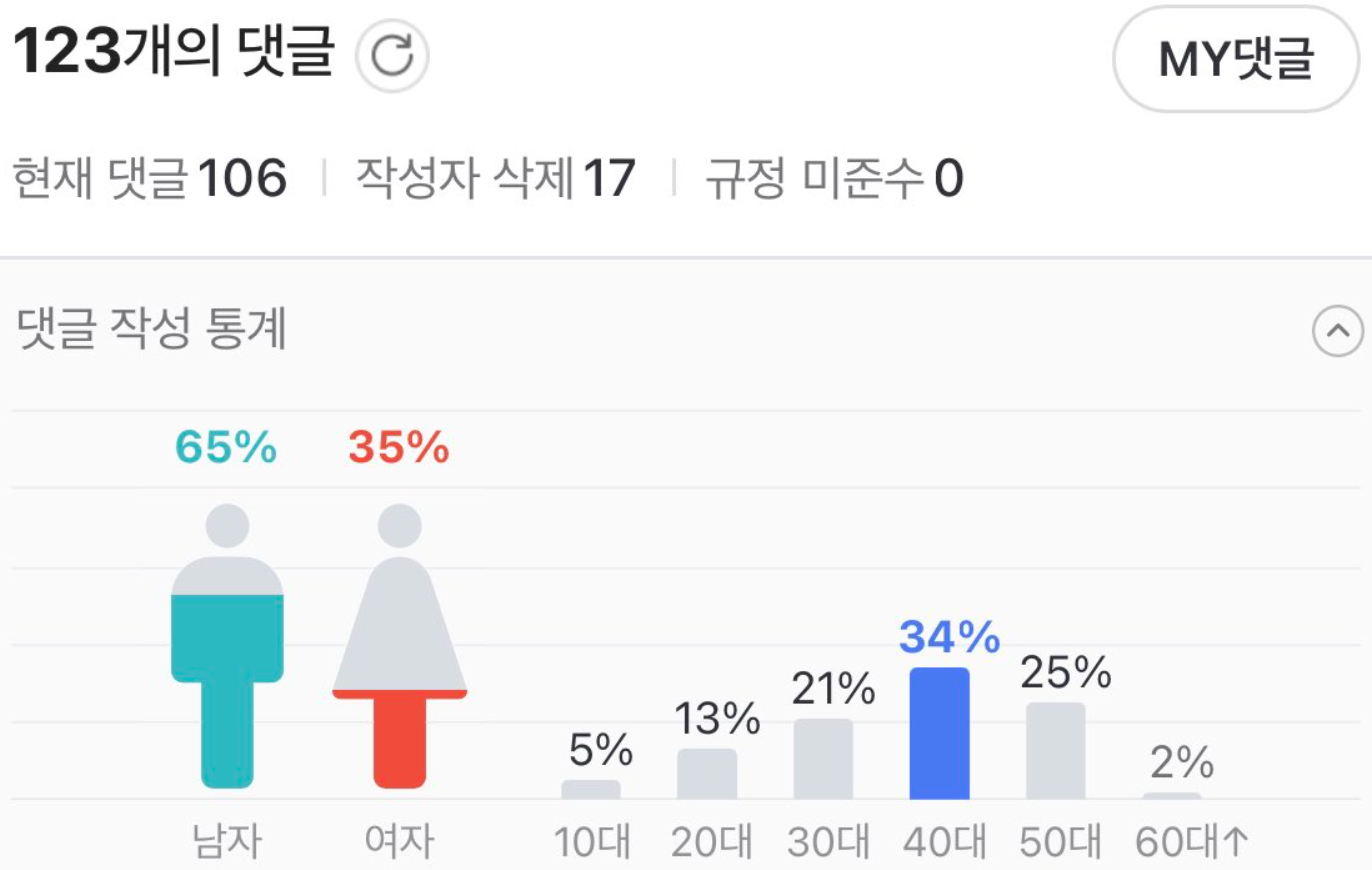