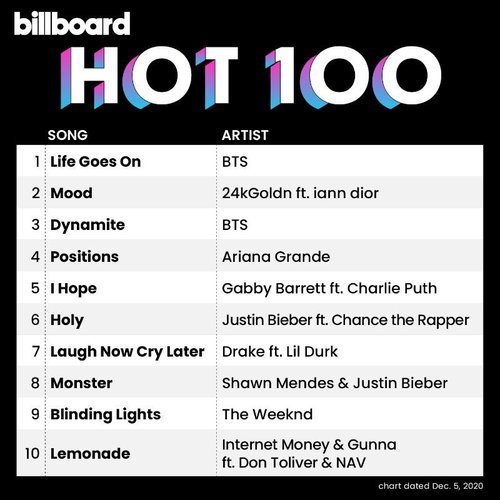 2. [+534, -8] #1 in both album and digital on the Billboard main chart with a Korean language song!! Only two artists in the world have had three consecutive #1 songs in a year and they’re Taylor Swift and BTS! It gives me goosebumps!!!

4. [+146, -13] Kids~~ congratulations! Thank you and we love you. So proud that your achievements are so clean and confident.

5. [+84, -9] Grant them enlistment exemptions.. how are they any different from the World Cup heroes?

4. [+38, -0] Could there ever be another group like them again? This is a historical moment.. and yet Korea’s the country that ignores their achievements ㅋㅋㅋㅋㅋㅋ

6. [+29, -0] I guess the people who accused them for releasing an English song just to win #1 on the Billboard have nothing to say now  ㅎ so proud of them and I’m so glad that it was a Korean song that did it, what a historical moment ㅠㅠ