There’s simply no stopping BTS in raking amazing records in the music scene!

Worldwide K-Pop sensation BTS has achieved a new milestone on the YouTube platform with their 2017 track “Not Today”. 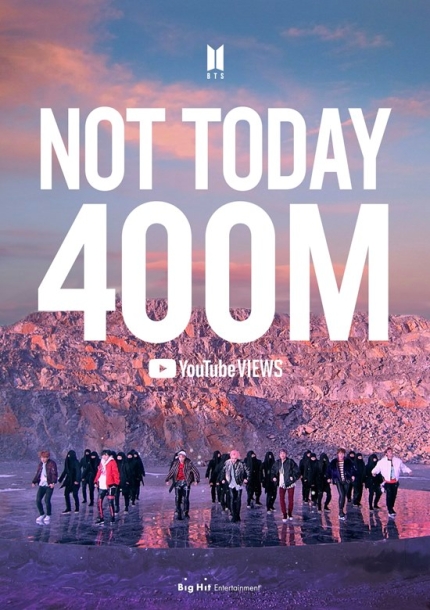 In the evening of May 9, the septet’s music video for “Not Today” has officially reached the 400-million mark on YouTube.

Back on February 19, 2017, RM, Jin, Suga, J-Hope, Jimin, V, and Jungkook released the track off their second special album You Never Walk Alone. Meaning, they were able to obtain the impressive massive count in around three years, two months, and two weeks after its release.

Meanwhile, in related news, the group recently delighted fans with the announcement of their upcoming Japanese album. Titled Map Of The Soul: 7 ~ The Journey ~, the boys are scheduled to release the highly-anticipated album on July 15.