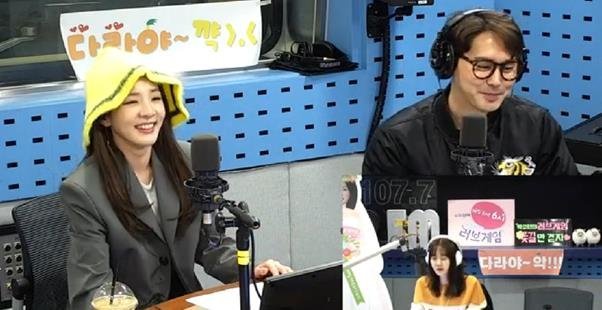 Article: ‘Love Game’ Sandara Park, “Starring in a musical for the first time… Son Ho Young takes care of me”

3. [+303, -13] Even during her days as a singer, she was known as the worst singer of her group. Her voice has no strength to it, about as weak as a choding’s, so why is she doing a musical…?? Over people who have the talent but still are spending over 10 years in an ensemble as supporting roles..??

4. [+29, -1] Must be exhausting for the other musical actors or trainees… Sure, having a celebrity in the cast will bring in the ticket sales, but at least cast someone with a bit of talent ㅜㅜ Sandara’s just someone whose voice was never meant to sing no matter how hard she tries, this is just wrong….

7. [+23, -6] She is so untalented and yet she’s doing a musical;;; that’s just showing a lack of respect to the other musical actors. She’s best fit for being a beauty YouTuber.

8. [+19, -3] Wow… not that I’m trying to put her down but I saw Ok Joo Hyun’s ‘Rebecca’ a few weeks ago and it was impossible not to give her a standing ovation… and yet I heard that even she still has to deal with hate comments. As a musical fan, I wish productions would cast people who are ready for these roles.