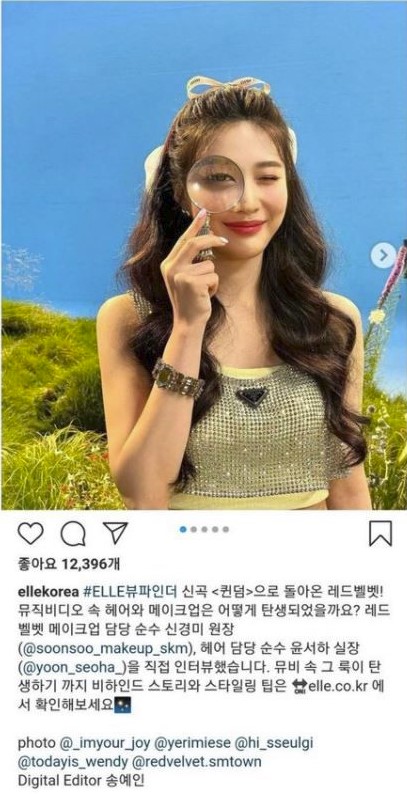 1. [+1,470] But it’s not like what Irene did was a good thing? It’s normal for controversial figures to be left out of tags or not mentioned… She should be grateful that they didn’t just blur her face out instead. Don’t shield this. She abused her power and there are victims as a result of it.

2. [+1,153] She needs to be hit with the reality of her situation like this to finally feel something inside..

6. [+472] Obviously Elle did it because they felt it was necessary, I doubt they would’ve done it for no reason..

7. [+1,025] Elle did a good job with this. With the way Irene was treating people, I just… we saw her true character and I never want to see her again.